Unfortunately, due to COVID-19 restrictions, it was not feasible to have a meeting in person at TRIUMF this year. We were able to connect virtually (via ZOOM) with some 50 members to renew our friendships, keep in touch with recent developments at the lab, select our executive members for the next year, and address other issues of interest to TARA members.

Below follows some screenshots of many of those present. I hope they include most of the attendees and apologize for any that were missed. 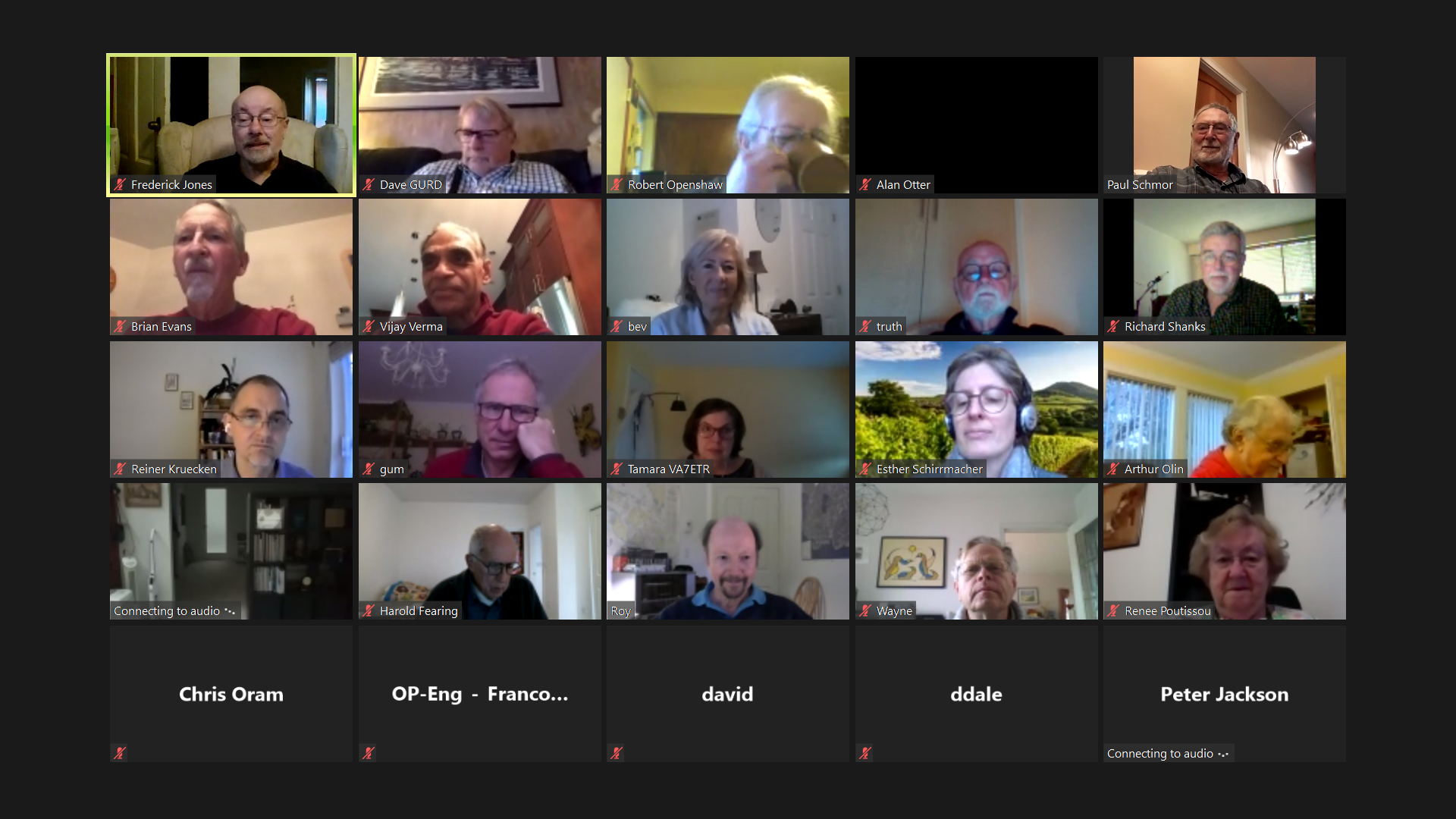 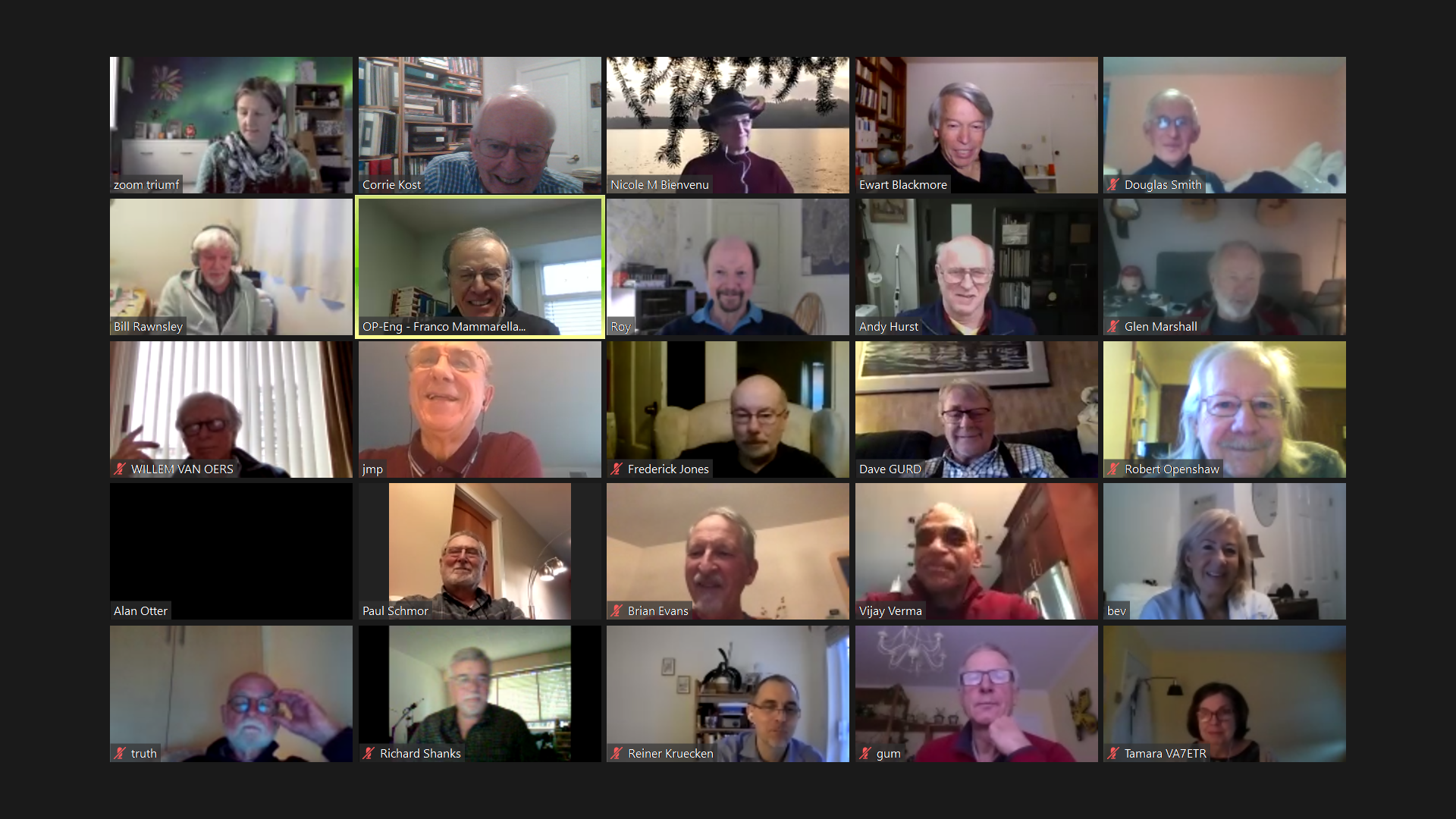 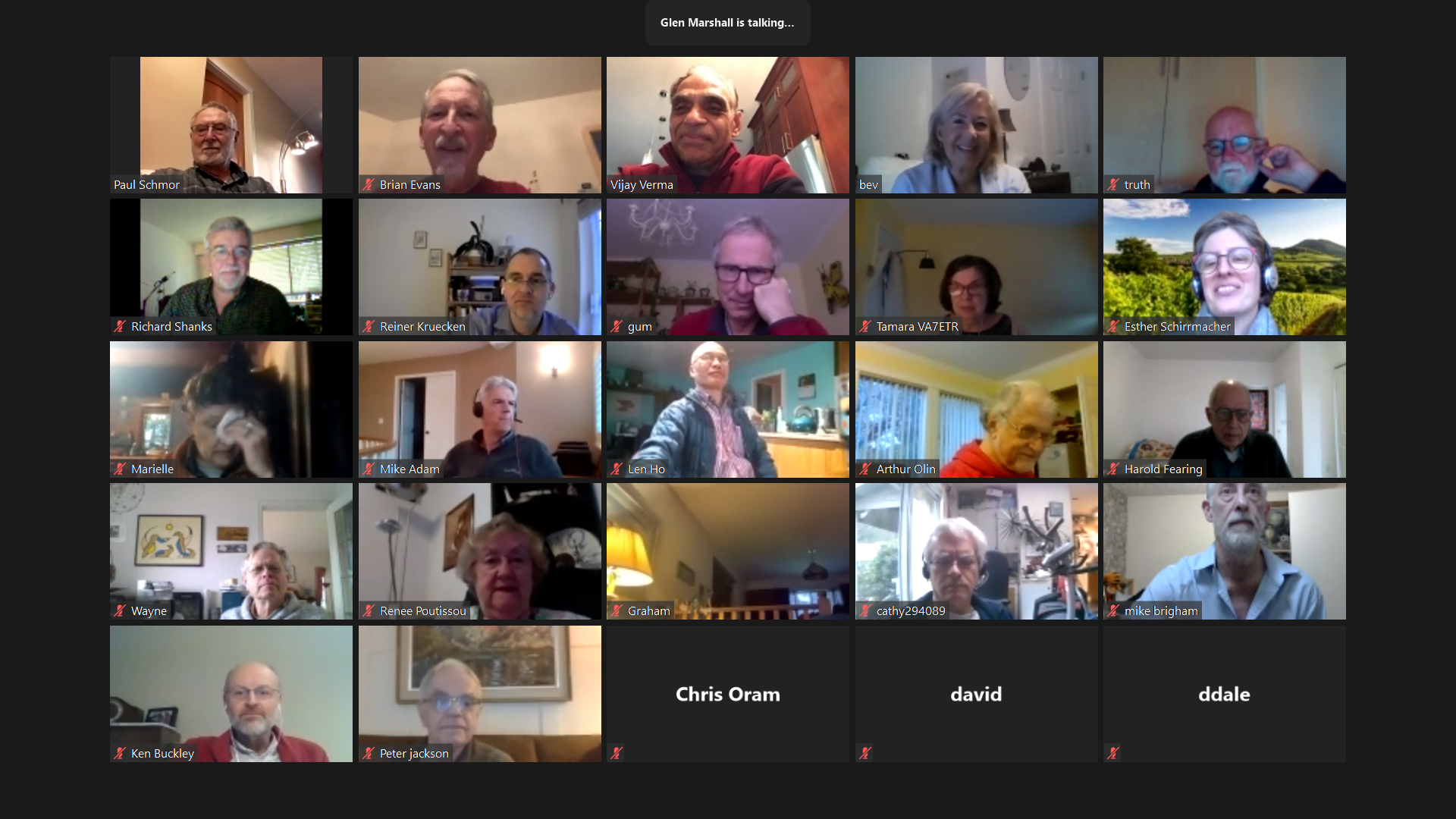 Leadership change and search for a new director - by Ian Doyle 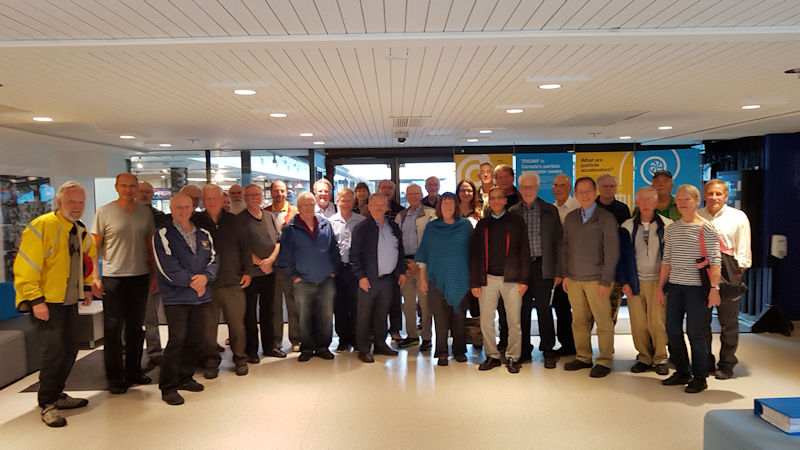 Status of TRIUMF by Reiner Kruecken 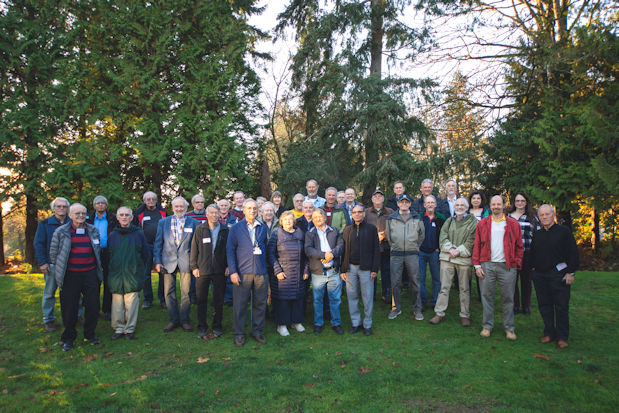 Status of ARIEL by Reiner Kruecken 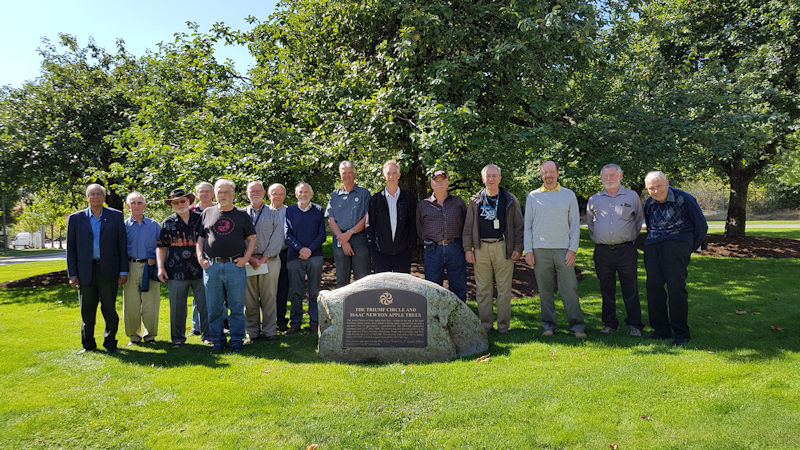 Attached is the final agenda for Thursday Sep 21/2017

Presentation by TRIUMF Director Jonathan Bagger on Past, Present, Future

Presentation by Carla Rodrigo on planning for 50th anniversary celebrations Nomination of TARA executive for 2017

Party for TARA members and guests at Hot Spot Cafe Attached is the final version of the agenda for Thursday Nov 26/2015 events.

TRIUMF Tour - some photos along the tour

This was followed by a presentation by Connie Hoehr on Proton Therapy today.

"Views" from the doctors: Tom Pickles and Kate Paton

Attached is a revised version of the agenda for Friday Dec 12th events. A lunch will be provided by TRIUMF and served to TARA members in the Main office Building Conference room at 12:30 after the tour. It will be sandwiches, veggies,sweets and soft drinks.

The party in the ARIEL hall starts at 3pm after the series of talks celebrating the 40th anniversary of the first extracted beam from the 500MeV cyclotron which will be given in the main auditorium. The party will be pot luck by TRIUMF's staff for appetizers and dessert, hot food by the Hot SPOT cafe and drinks of the seasons. TARA members are invited to the party as guests. Invite/program details and slideshow of event.

TRIUMF is holding a special Scientific Symposium in honour of Gordon Ball, who after 15 years at TRIUMF and over 4 decades of leadership and service in the Canadian subatomic science community, retires on June 30th, 2012.

The scientific symposium will be held on Wednesday, July 11th 2012 at 13:15 in the TRIUMF Auditorium and will feature lectures from colleagues of Gordon's from throughout his career. After the symposium TRIUMF will be hosting a barbeque reception, in the courtyard and cafeteria, to celebrate. Please see the PDF of the poster below for more information.

Everyone is welcome to attend.

All the best,
Niki Martin
on behalf of the organizing committee

Approximately 20 TARA members (including their partners)were in attendance. There was no charge for the barbecue which includes 2 alcoholic drinks. The event was held in the cafeteria courtyard and on a blocked off area in front of the main office building. Watching our youth (almost everyone else these days!) tossing/catching water balloons at ever increasing distances; who was quickest at eating/swallowing a donut hanging on a string; who was fastest at running with a raw egg at end of a spoon in ones mouth; were all fun to watch. Photos and Video clips of some of the events are shown below. Video clips at  http://www.youtube.com/watch?v=RvglNGzSNmQ and http://www.youtube.com/watch?v=9bgDmkfL3dw 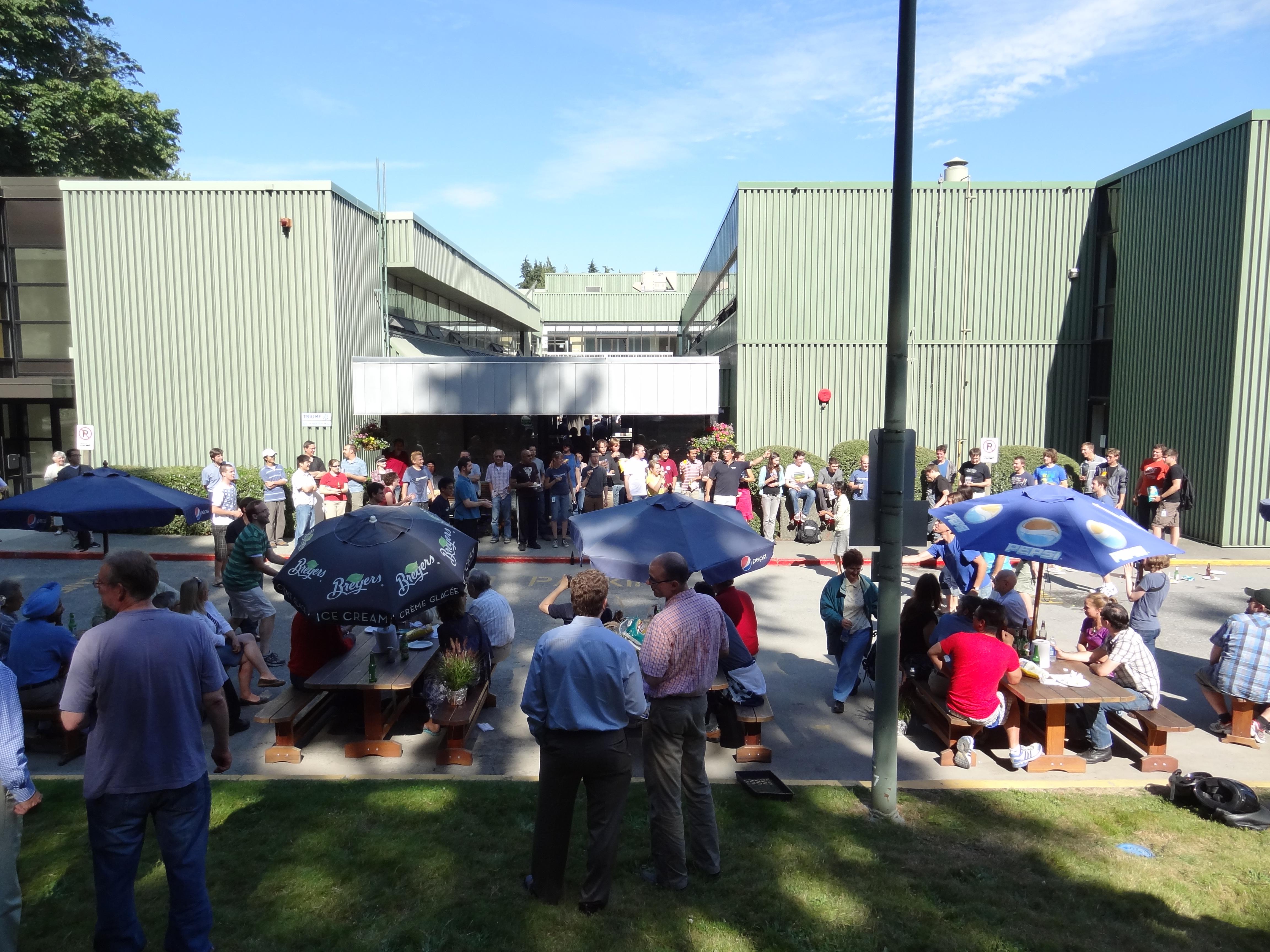 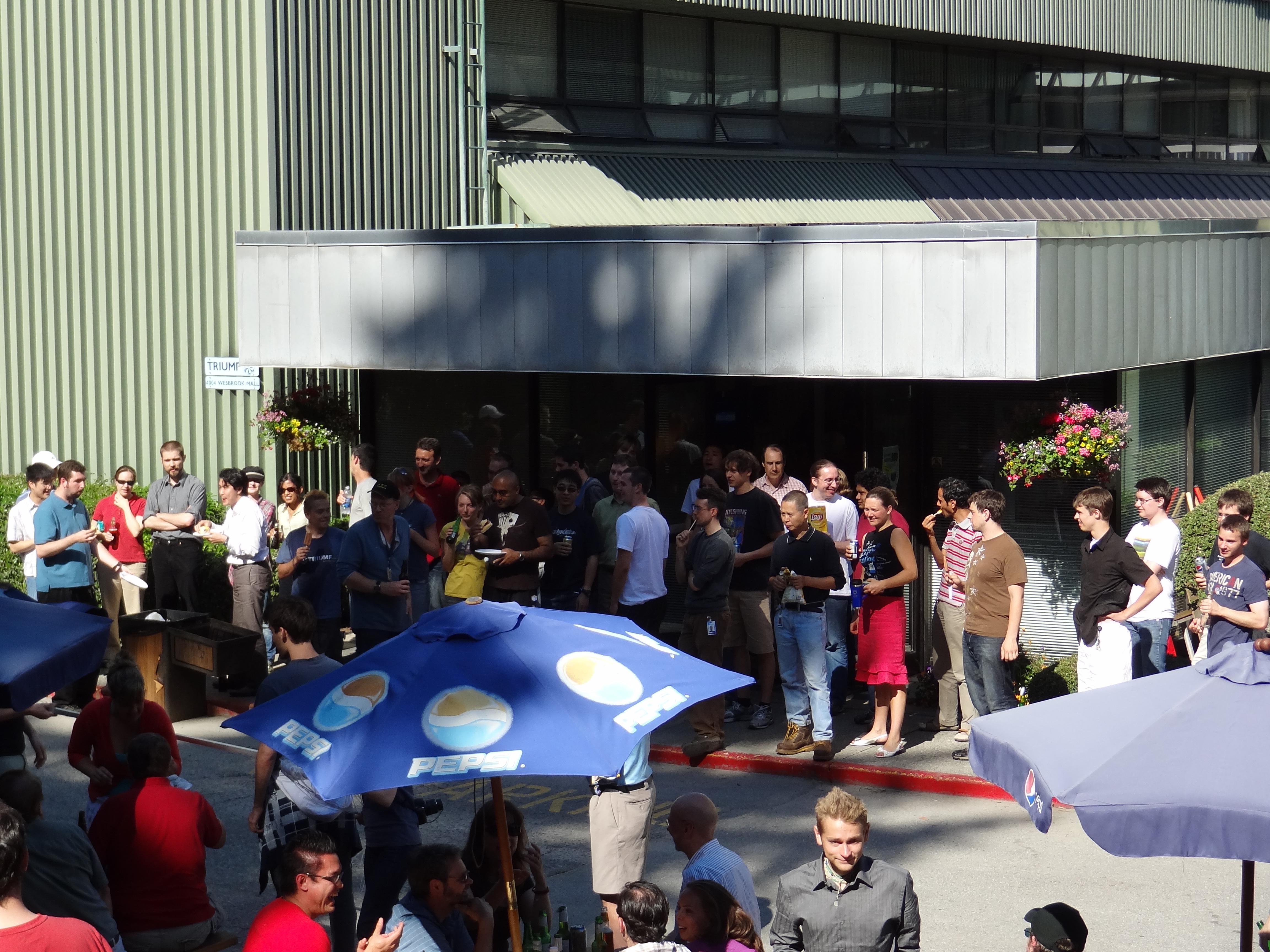 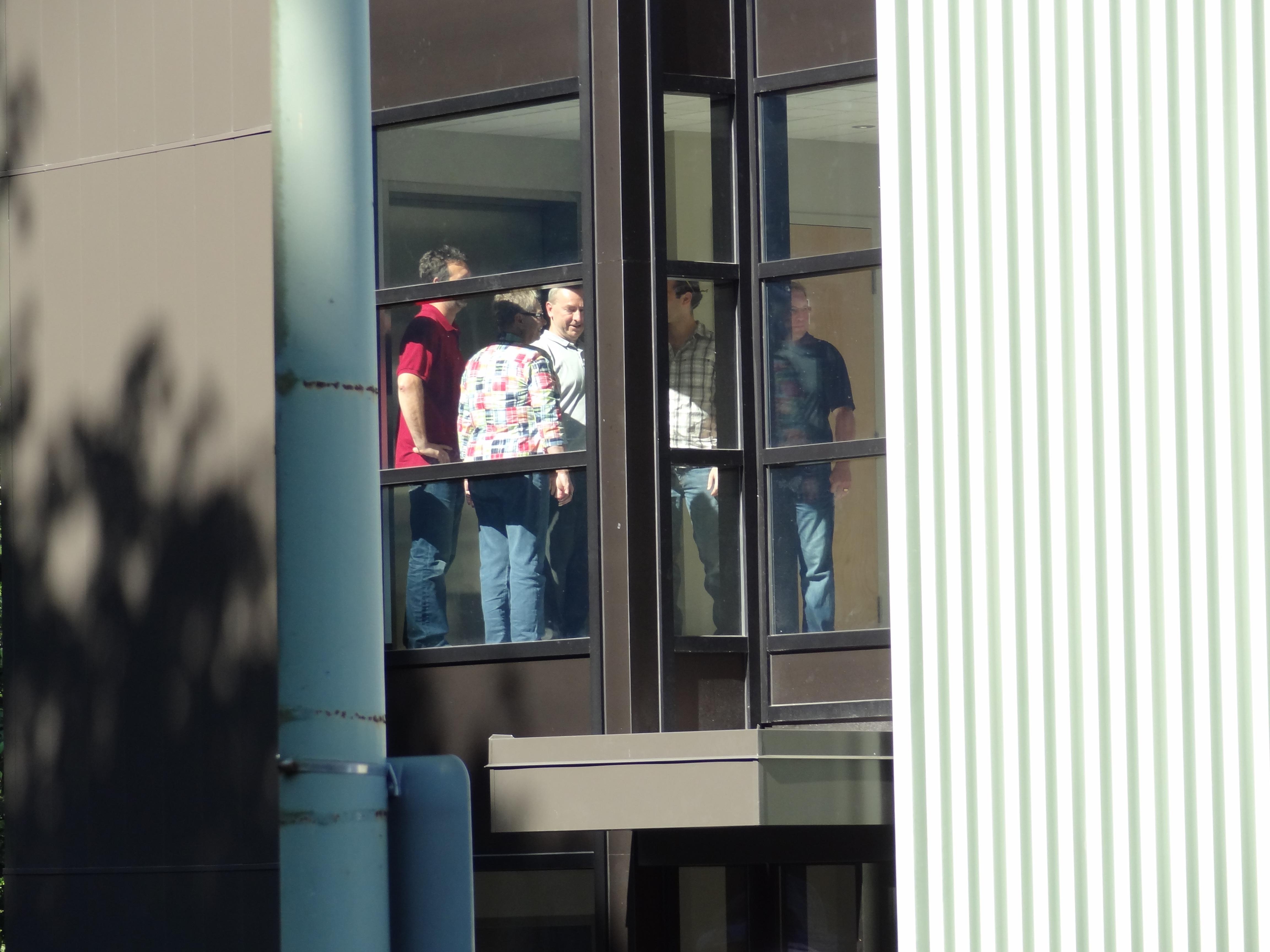 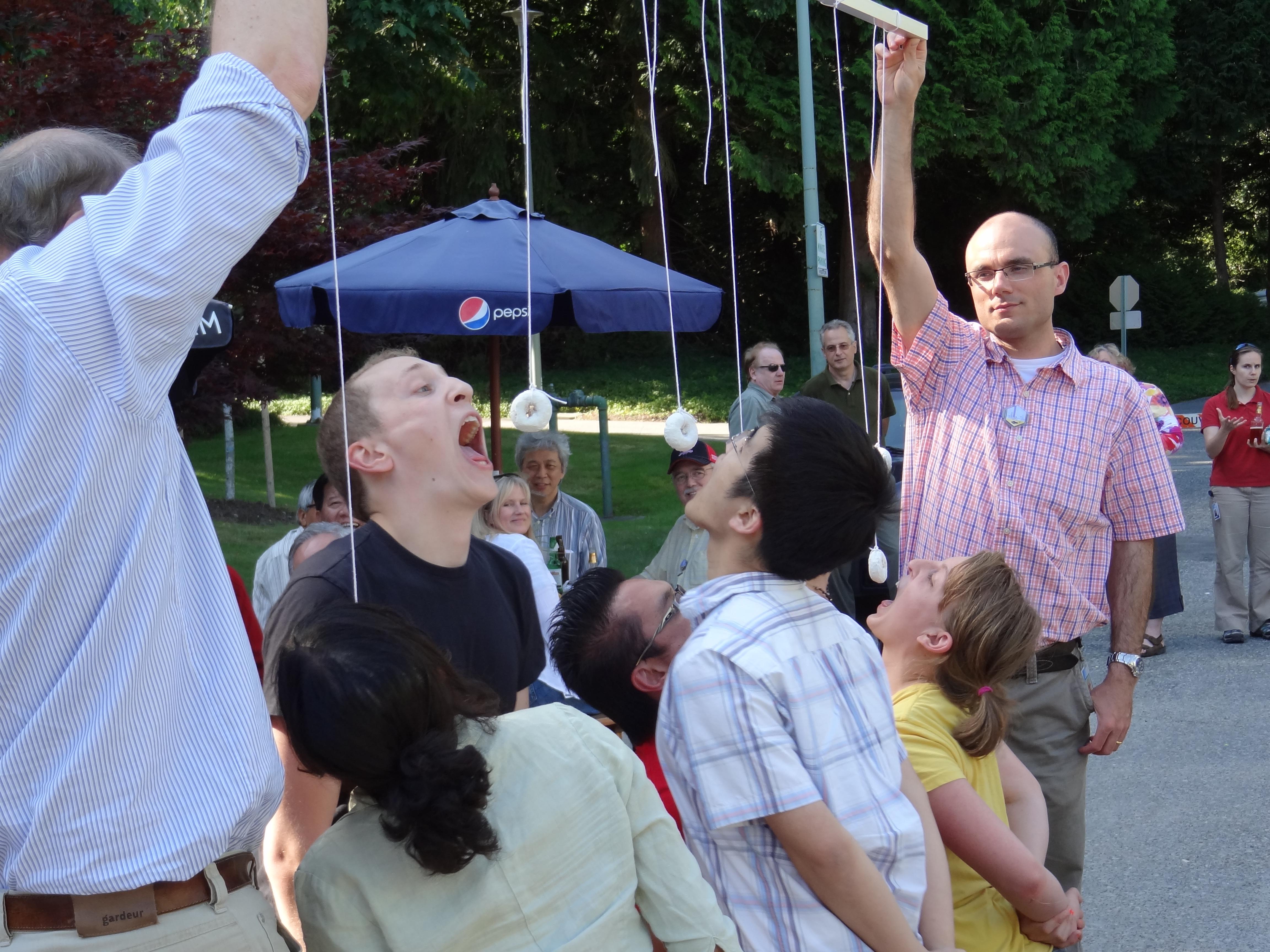 The Annual General Meeting of the TRIUMF Users Group (TUG) was held on Wednesday, July 6, 2011 (9:00 to 17:00) in the TRIUMF Auditorium. This meeting was followed by a BBQ Social in the TRIUMF Hot Spot Cafe& Courtyard. To encourage TARA members to take advantage of the opportunity to meet old friends and to learn more about TRIUMF as it is now and its exciting prospects for the future, TRIUMF Management subsidized the cost of TARA members' registration for this event - charging only $10 for the BBQ Social. 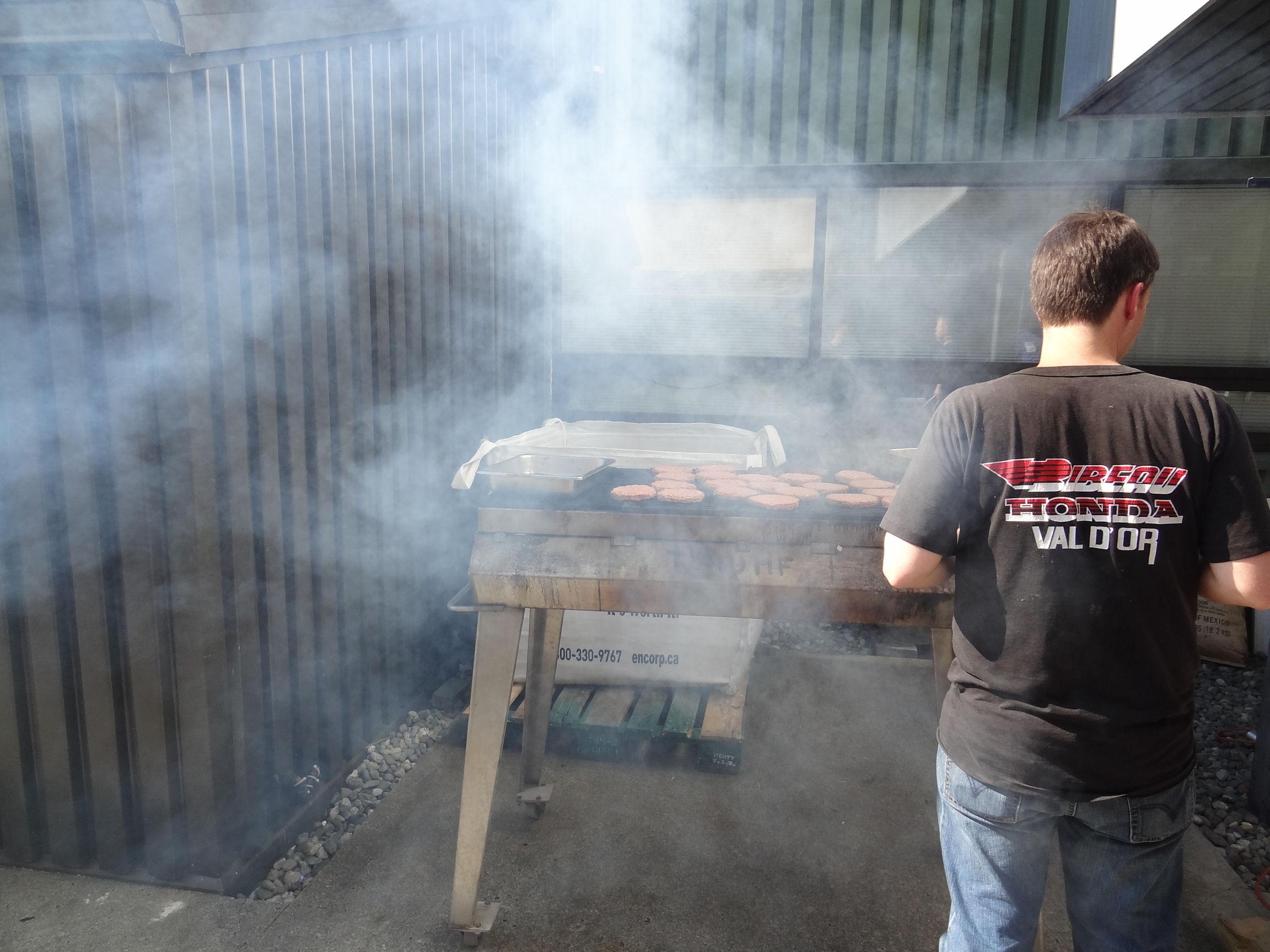 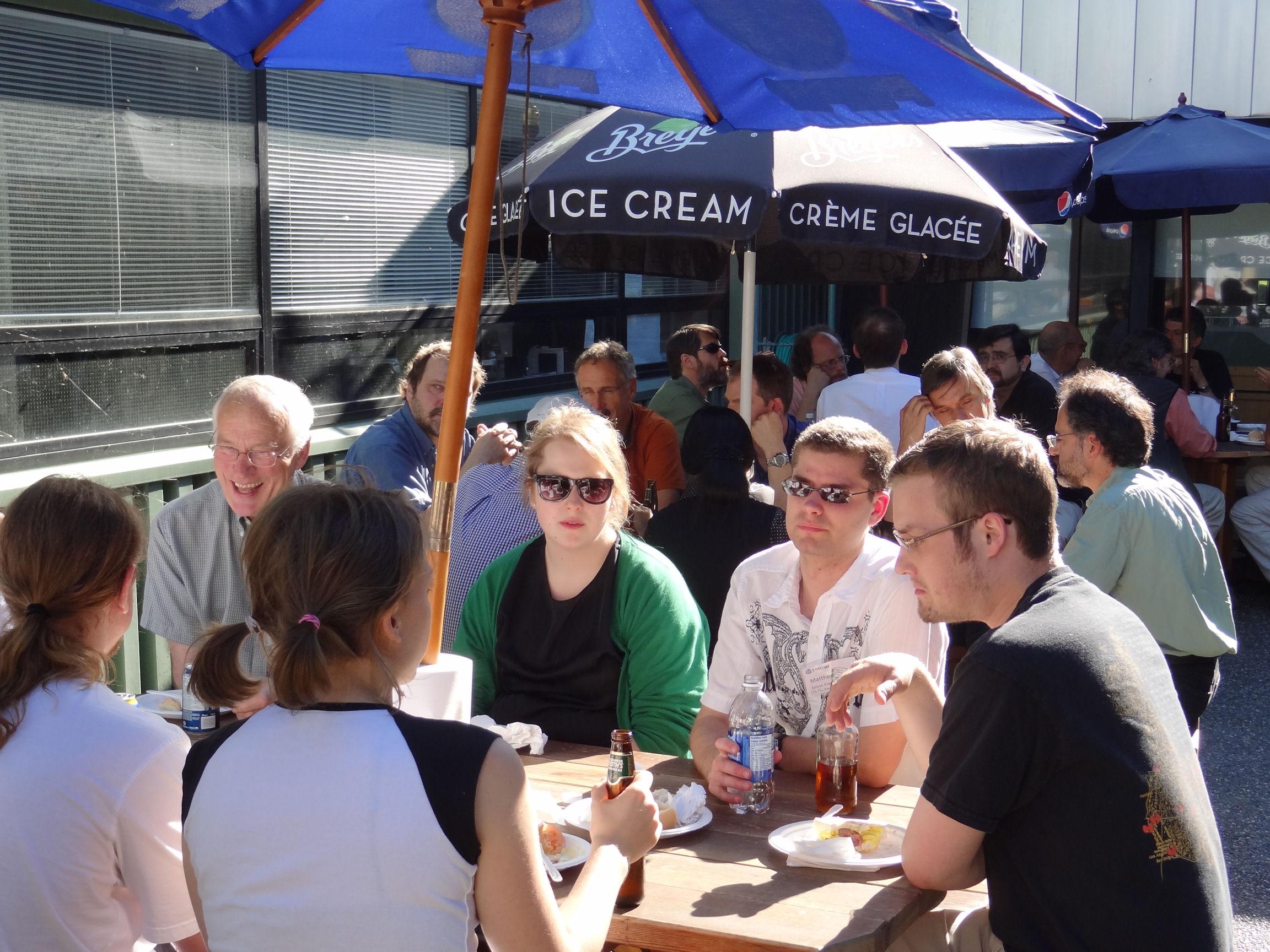 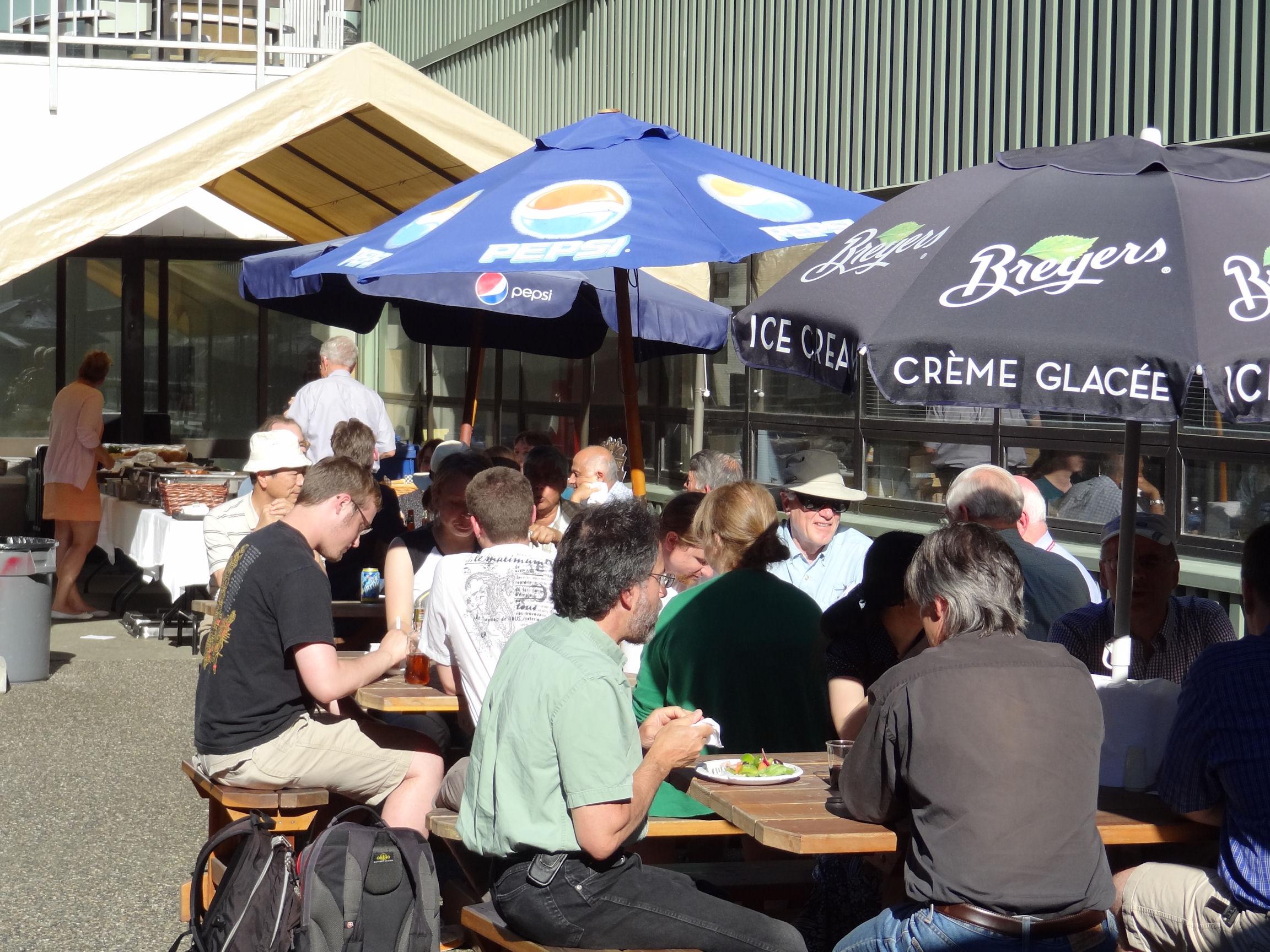 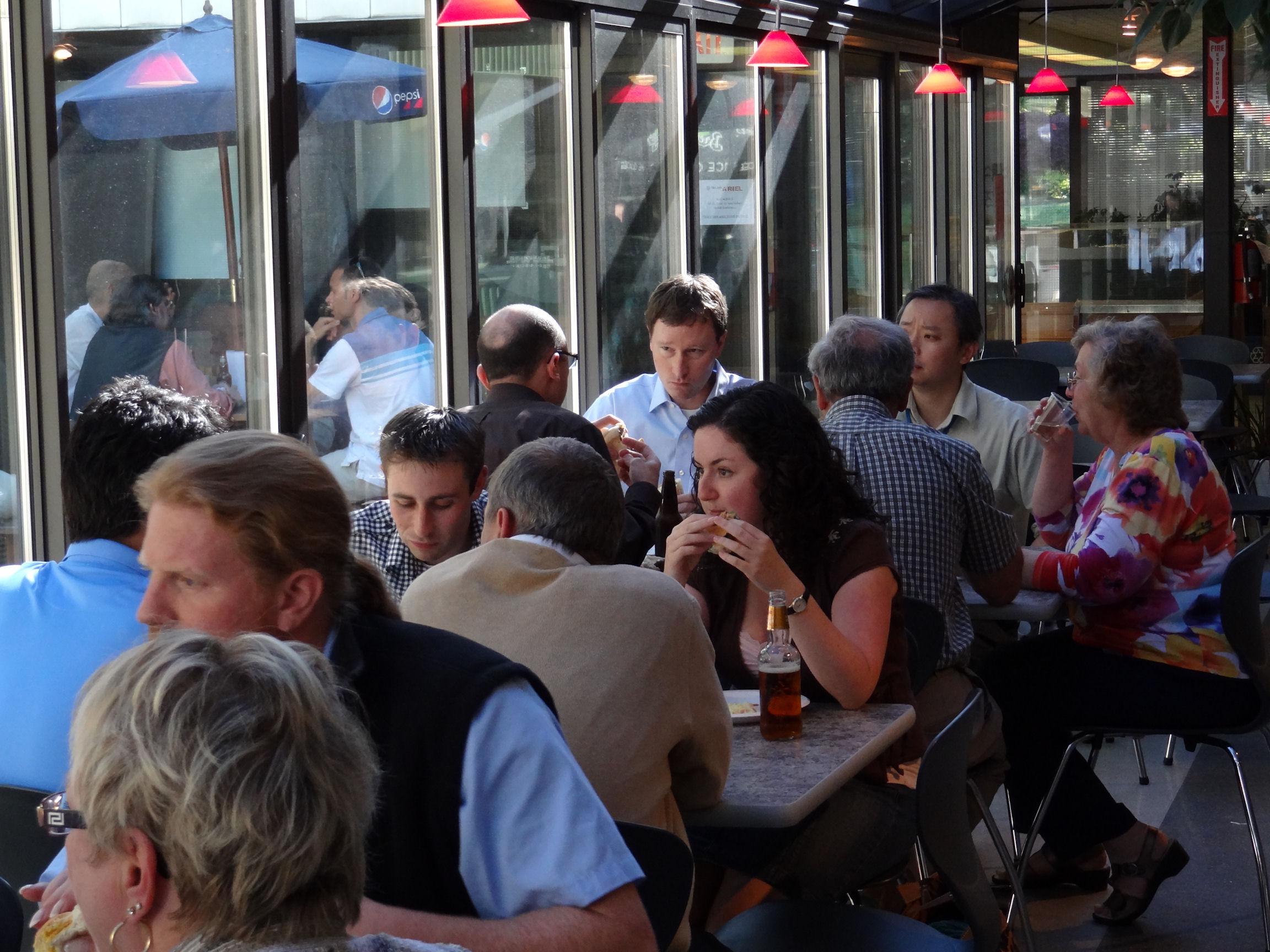 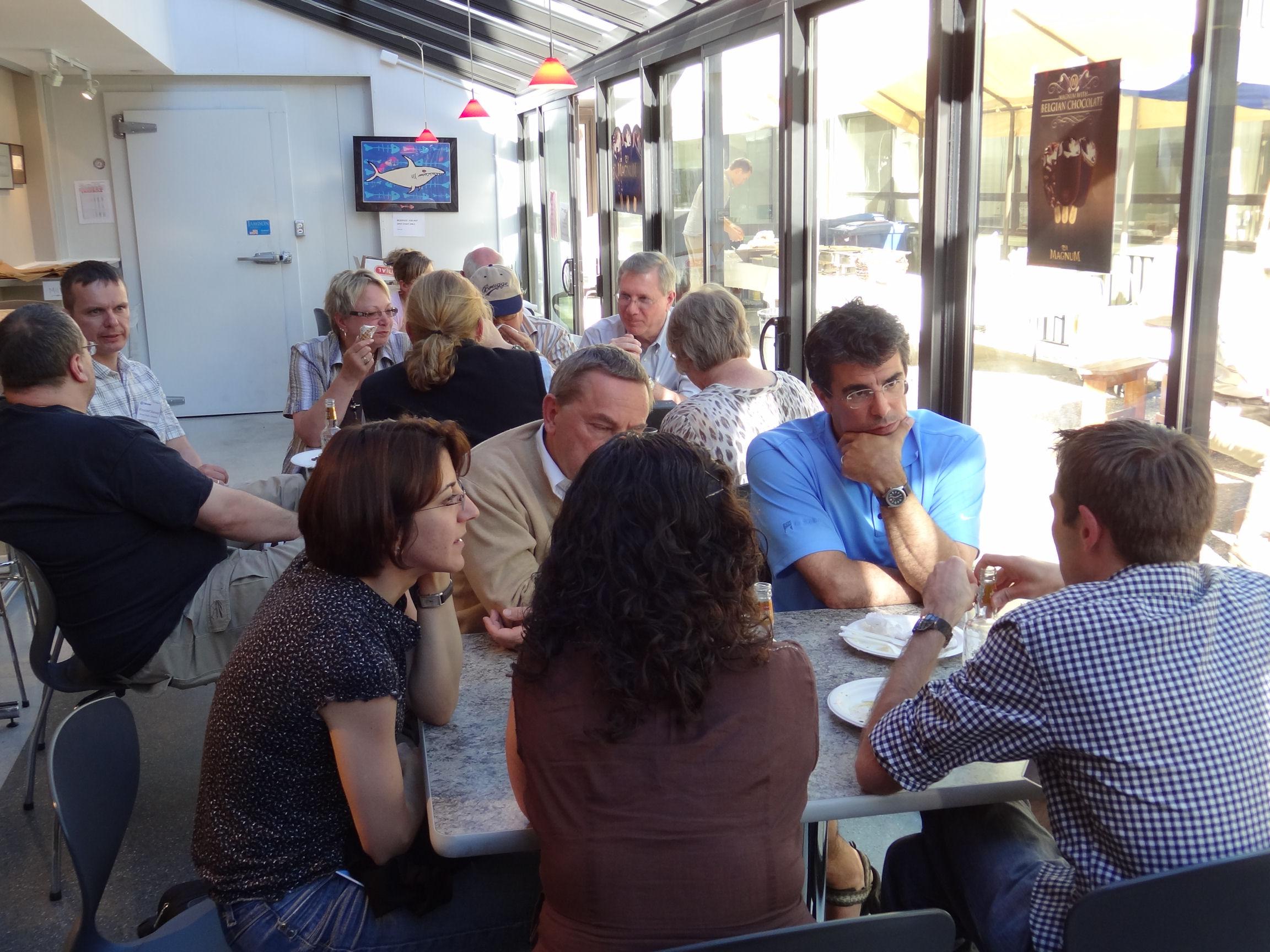 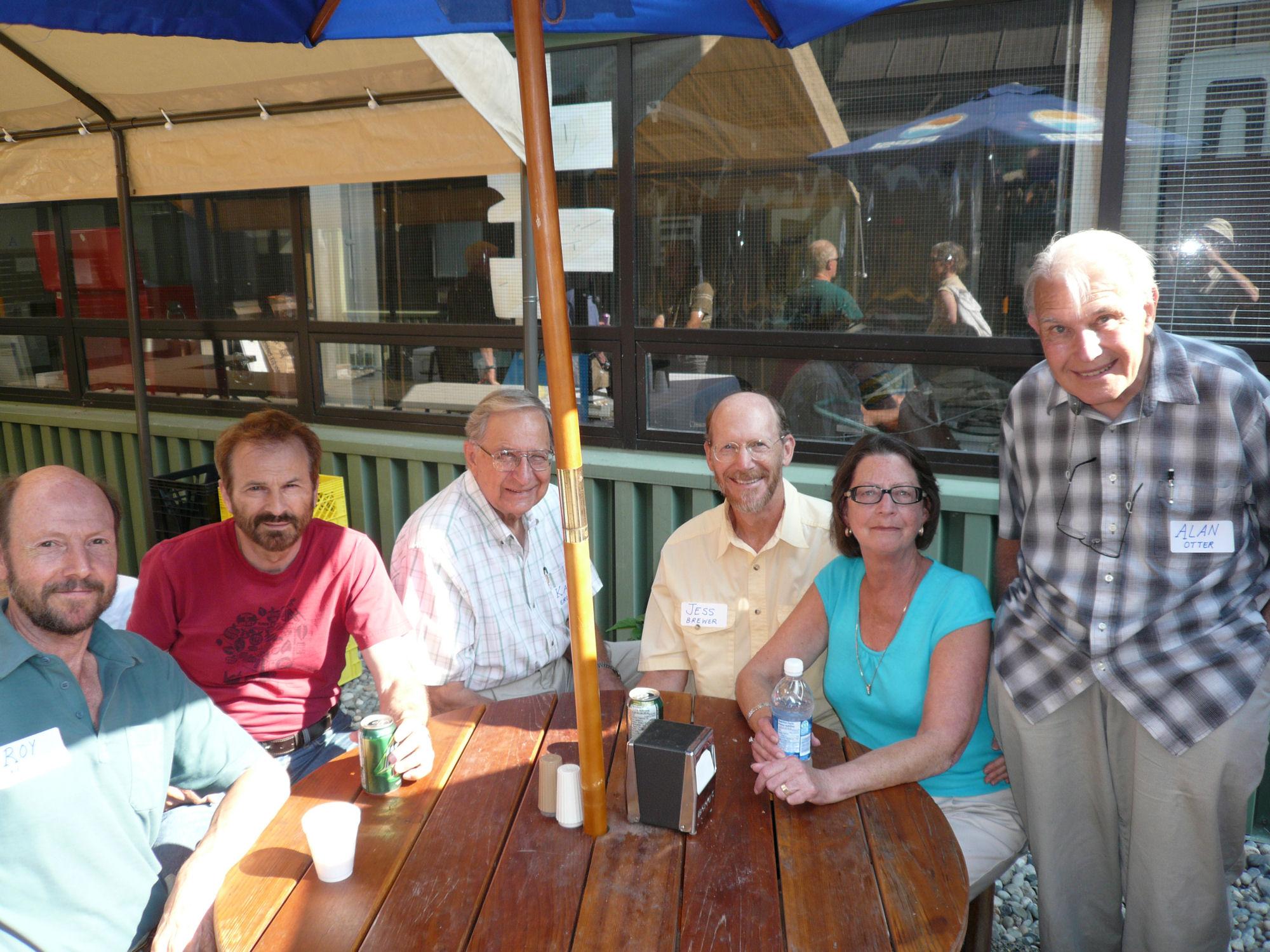 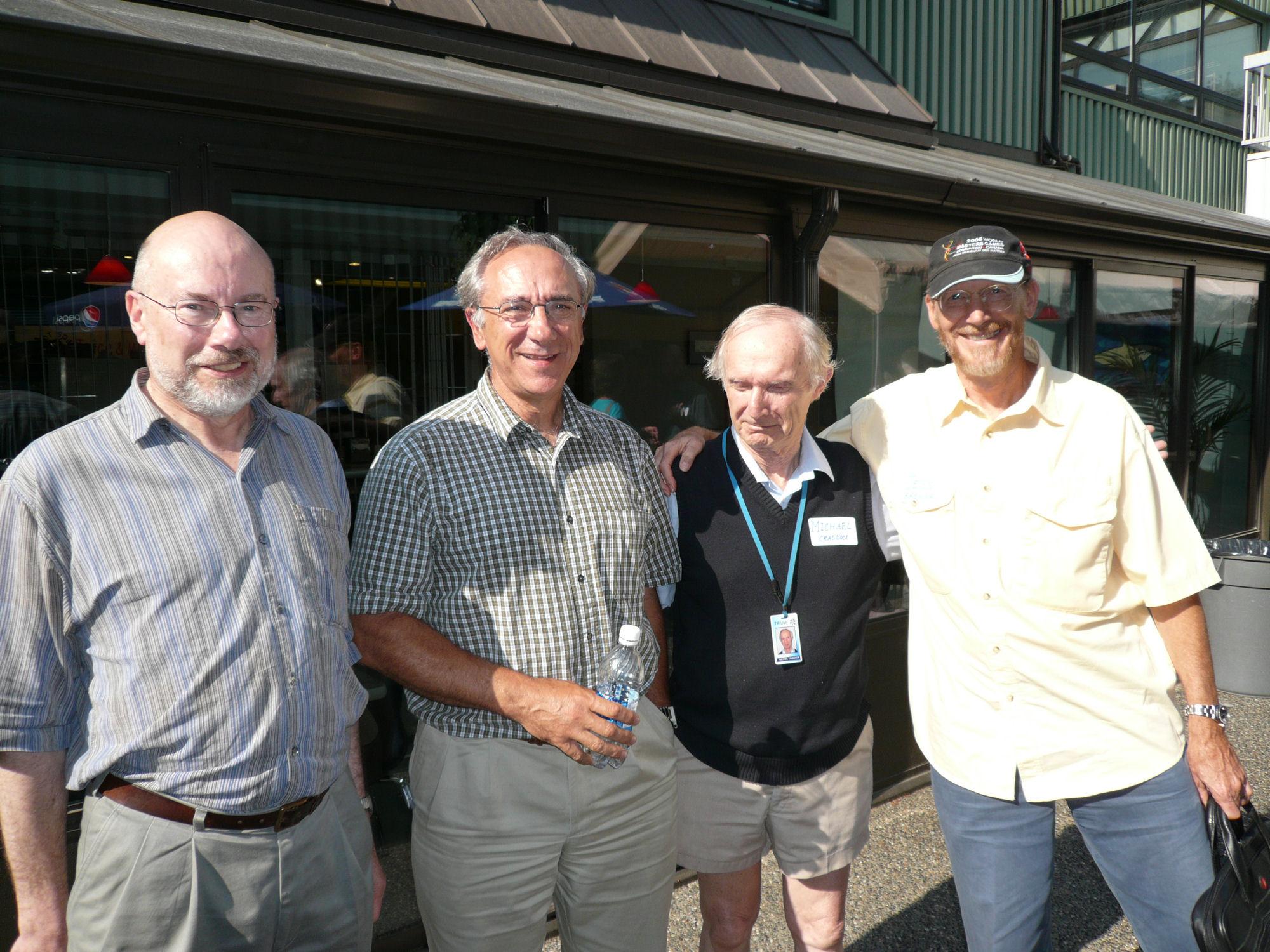 kost
dana
3 members
Created: Sep 11 2009
This is a closed group. Only a group administrator can add you.