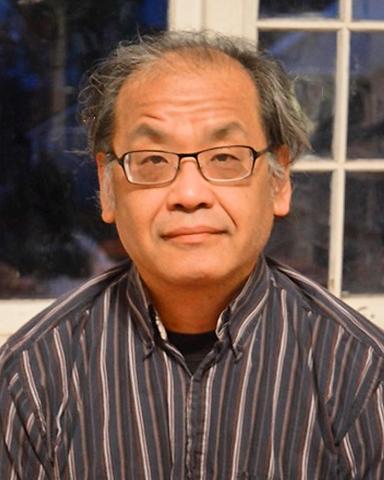 The Canadian Association of Physicists (CAP) and TRIUMF are pleased to announce that the 2016 CAP-TRIUMF Vogt Medal for Contributions to Subatomic Physics is awarded to Dr. Akira Konaka, TRIUMF Research Scientist, for his outstanding contributions to the T2K long-baseline neutrino experiment, including his leadership in establishing the collaboration. His innovations to the experiment’s design and analysis methods were critical in the discovery of electron neutrino appearance from the muon neutrino beam, a discovery that led to recognition of the T2K project in the 2016 Breakthrough Prize for Fundamental Physics. The committee also recognized that these innovations continue with new concepts proposed to improve the precision of the T2K experiment and, potentially, the Hyper-K experiment.

"I am honoured to share this award with my amazing T2K colleagues in Canada in developing the ground work towards discovering CP violation in neutrino oscillations," said Dr. Akira Konaka. "This award is particularly important and reminds me of Dr. Erich Vogt’s cheerful encouragements of my research."

First introduced in 2011, the Vogt Medal recognizes and encourages outstanding experimental or theoretical contributions to subatomic physics. “Akira Konaka is one of the best experimental particle physicists. He has been continuing to make unique contributions in many aspects of neutrino physics,” said Takaaki Kajita, Professor and Director, Institute for Cosmic Ray Research, The University of Tokyo, in his letter recommending Konaka for the award – an exceptional endorsement coming from one of the world’s leading neutrino experts and a 2015 Nobel Physics Prize Laureate and 2016 Breakthrough Prize Laureate for the discovery of neutrino oscillations.

At every stage of his career, Konaka’s research has impacted rare-process physics. His doctoral work developed techniques to search for weakly interacting particles, like axions, that have since found new life in “dark photon” searches. As a TRIUMF researcher working at Brookhaven National Laboratory in the 1990s, he introduced a blind analysis technique to increase confidence in Experiment 787’s ultra-rare kaon-decay result that has since become the standard in the field. As the Canadian leader for the T2K experiment, he successfully pushed for the use of an off-axis neutrino beam, and led the development of key detector and analysis systems, innovations that had a major impact on T2K’s dramatic result establishing electron neutrino appearance from a muon neutrino beam, and that led to the 2016 Breakthrough Prize in Fundamental Physics. His innovations continue with a new proposal to reduce neutrino flux and cross section uncertainties at an upgraded T2K-Phase 2, which could lead to a significant measurement of the CP violation parameter delta, the holy grail of neutrino-oscillation physics.

His experimental contributions have been matched by his energetic leadership in Canadian physics, where he established and led T2K-Canada through the crucial development phases, and built a Canadian collaboration for the new ultra-cold neutron (UCN) facility at TRIUMF. He remains a powerful advocate for Canada in Japan. All told, Konaka embodies what the Vogt Medal is all about.

Dr. Jonathan Bagger, TRIUMF Director, said, “I am delighted to learn that Dr. Akira Konaka has been awarded the 2016 Vogt Medal. Ever since I arrived at TRIUMF, I have been impressed by his creativity as a researcher, his passion for science, and his leadership in the laboratory. I cannot think of a better person with whom to honour the memory of Dr. Erich Vogt, a co-founder of TRIUMF and a giant of Canadian science.”

Dr. Reiner Kruecken, TRIUMF Deputy Director, said, “This prize is a fantastic recognition for Akira's scientific vision and creativity, in particular with respect to his leadership for the T2K experiment. It also highlights his key role in fostering the strategic collaboration between Canada and Japan in subatomic physics.”

Konaka will be presented with his medal at the CAP Congress (hosted by the university of Ottawa, in Ottawa, Ontario, from June 13-17) by 2015 Physics Nobel Prize winner Art McDonald, with congratulatory handshake from the Governor General David Johnston, during the closing Recognition Gala at the Shaw Centre on Thursday, June 16, 2016. Please refer to the Congress program for the schedule of plenary talks by CAP medal winners.