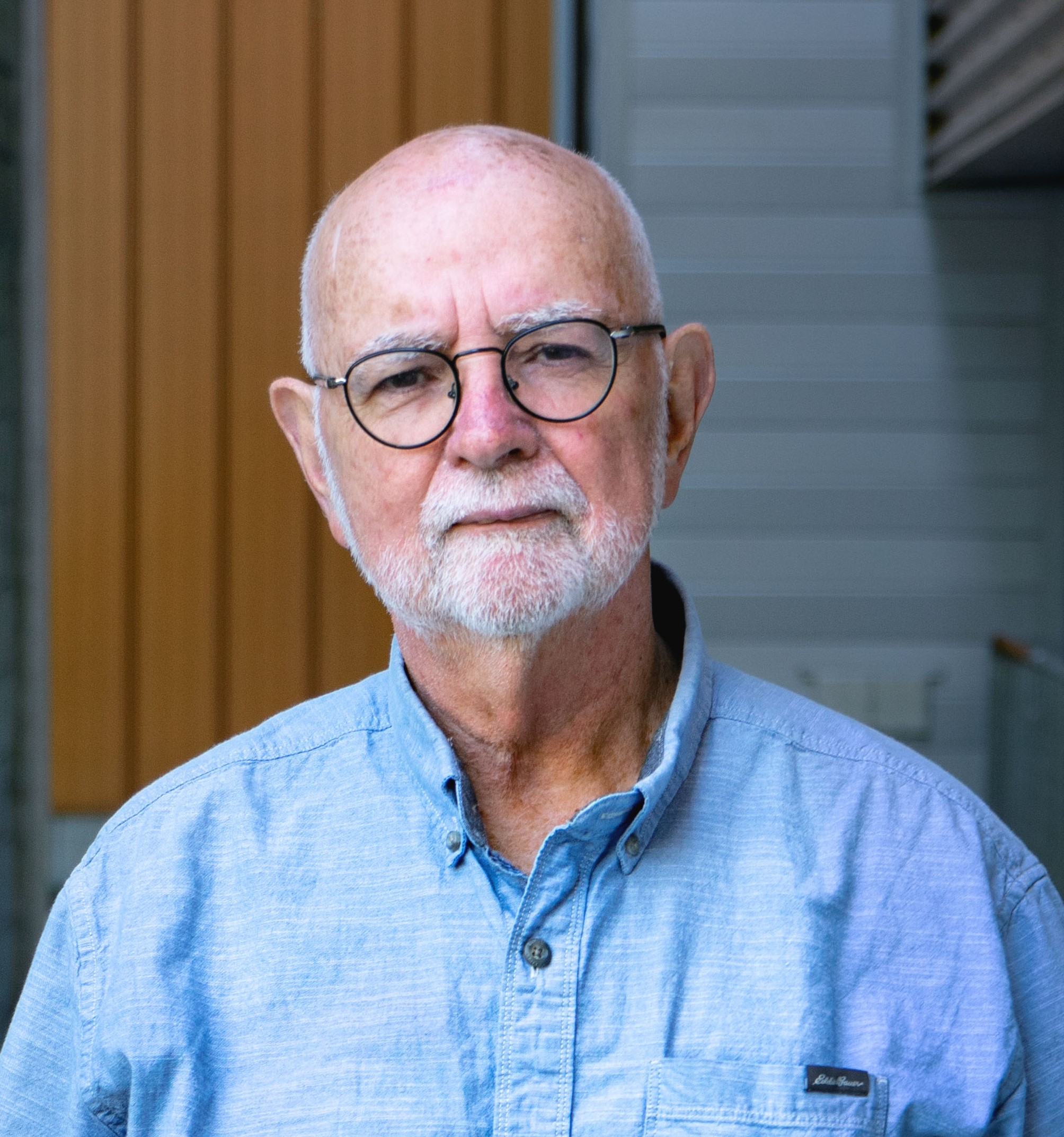 Honouring renowned nuclear scientist Dr. George Charles de Hevesy, the Award recognizes groundbreaking discoveries and inventions in the field of nuclear medicine. De Hevesy is widely considered to be one of the main progenitors of the field of nuclear medicine, and his Nobel-winning contributions laid the foundation for today’s research into radiopharmaceuticals for diagnosis and therapy.

Now in its 61st year, the George Charles de Hevesy Award has been bestowed on many of the field’s most prominent scientists, including Ernest Lawrence (1960), Lise Meitner (1973), and Joanna Fowler (2017; Fowler provided an introduction for Ruth at the Award presentation).

A trailblazer for modern nuclear medicine

The Award is the latest in a lengthy list of recognitions for Ruth, whose pioneering career in nuclear medicine spans more than five decades. His contributions to the field of radiopharmaceutical science have garnered him a variety of prizes and awards, including sharing the prestigious 2015 Brockhouse Prize for work on advancing the development of an innovative, cyclotron-based approach for producing technetium-99m, the world’s most commonly used isotope. He is the recipient of the SNMMI Michael J. Welch Award (2011) and holds Fellowships with both the Royal Society of Canada (2019) and the Society of Radiopharmaceutical Sciences (2021).

Beginning in 1973 with his Ph.D. in Nuclear Spectroscopy from Clark University, Ruth has played an important role in the burgeoning field of nuclear medicine.

In his first position at Brookhaven National Laboratory, working under Al Wolf and alongside colleague Joanna Fowler, he studied the production of several isotopes, including fluorine-18 and astatine-211, produced using the lab’s cyclotrons. Ruth’s first project focused on the development, optimization, and automation of systems for manufacturing fluorodeoxy-D-glucose or FDG, the de facto first radiotracer for positron emission tomography (PET). The group’s work led them to administer and visualize FDG in two patients for the first time; it has since become the most widely used PET tracer in the world.

Initially, PET scanning was applied most widely for neurological research, showing tremendous promise for investigating sensory inputs, psychiatry, and other topics. However, it soon became clear that, fully realized, PET could enable a strategic approach for a variety of areas in medical research. Periodic scans would allow researchers and doctors to closely monitor the progression of an illness and its response to interventions, greatly improving our understanding of disease and prevention. PET was poised to become one of the most powerful tools for understanding and probing the interactions between treatments and a variety of biological systems.

In the United States, the National Institute of Health (NIH) recognized this promise, establishing 10 different sites across America to support the development and application of PET-based research. The Canadian research community was quick to follow; in 1980, Ruth was recruited from the Brookhaven group and arrived at TRIUMF with the task of establishing the TRIUMF-University of British Columbia (UBC) PET program (which operated in collaboration with the Pacific Parkinson’s Research Centre).

Working with UBC neurologist Donald Calne, Ruth and colleagues Mike Adam and Salma Jivan played a pivotal role in advancing TRIUMF’s work towards applying PET for neuroscience research, and in broadening the scope of the lab’s radiopharmaceutical science program.

With scans beginning in 1983 (using isotopes produced with TRIUMF’s CP42 cyclotron, which had been installed in 1981), the group led or supported a variety of collaborative research endeavours, including the development of new PET radiotracers fluorodopa and carbon-11. These compounds, along with other PET tracers developed during that time, have become essential tools for scientists investigating dopamine transport and related disorders like Parkinson’s disease.

In 1984, Ruth was joined by Jon Stoessl, a young neurologist from the University of Western Ontario (UWO; now Western University) to whom Ruth credits the advancement of the deeper vision for the TRIUMF-UBC PET program.

“Jon Stoessl provided much of the driving force behind the work that we set out to do. He helped us formulate the shared vision for our group, which was for PET and PET tracers to serve as a conduit to answer specific biological questions. It wasn’t necessarily about inventing dozens of new tracers, but about finding ways to use PET to bridge the two fields of basic research and clinical application. Our work in this area enabled our team to become the pre-eminent research group for this topic in world.”

Stoessl was later appointed the Director of the Pacific Parkinson's Research Centre and Parkinson's Foundation Centre of Excellence at UBC; he currently serves as Professor & Head of Neurology and Director of the Djavad Mowafaghian Centre for Brain Health at UBC & Vancouver Coastal Health.

Ruth was appointed Director of the TRIUMF-UBC PET program in 1989, and across the 1990s oversaw a number of strategic developments to the nascent research ecosystem, including the installation of four PET scanners at UBC, the commissioning of TRIUMF’s TR-13 medical isotope cyclotron in 1994, and the launch of a concerted focus on the examination of the origins and mechanisms behind Parkinson’s.

Ruth also worked closely with the BC Cancer Research Centre (BCCRC) to establish a PET Centre for research and diagnostic studies for cancer, leading to a joint appointment between TRIUMF and BCCRC. Here, Ruth emphasizes the importance of his collaboration with then scientist and researcher François Bénard. Before joining the teams at UBC and BCCRC in 2008, Bénard completed a Specialized Studies in Nuclear Medicine at the Université de Sherbrooke and a PET Research Fellowship from the University of Pennsylvania. Bénard, now BCCRC’s Vice President Research, was instrumental in developing the landscape for the first clinical applications of PET in British Columbia. 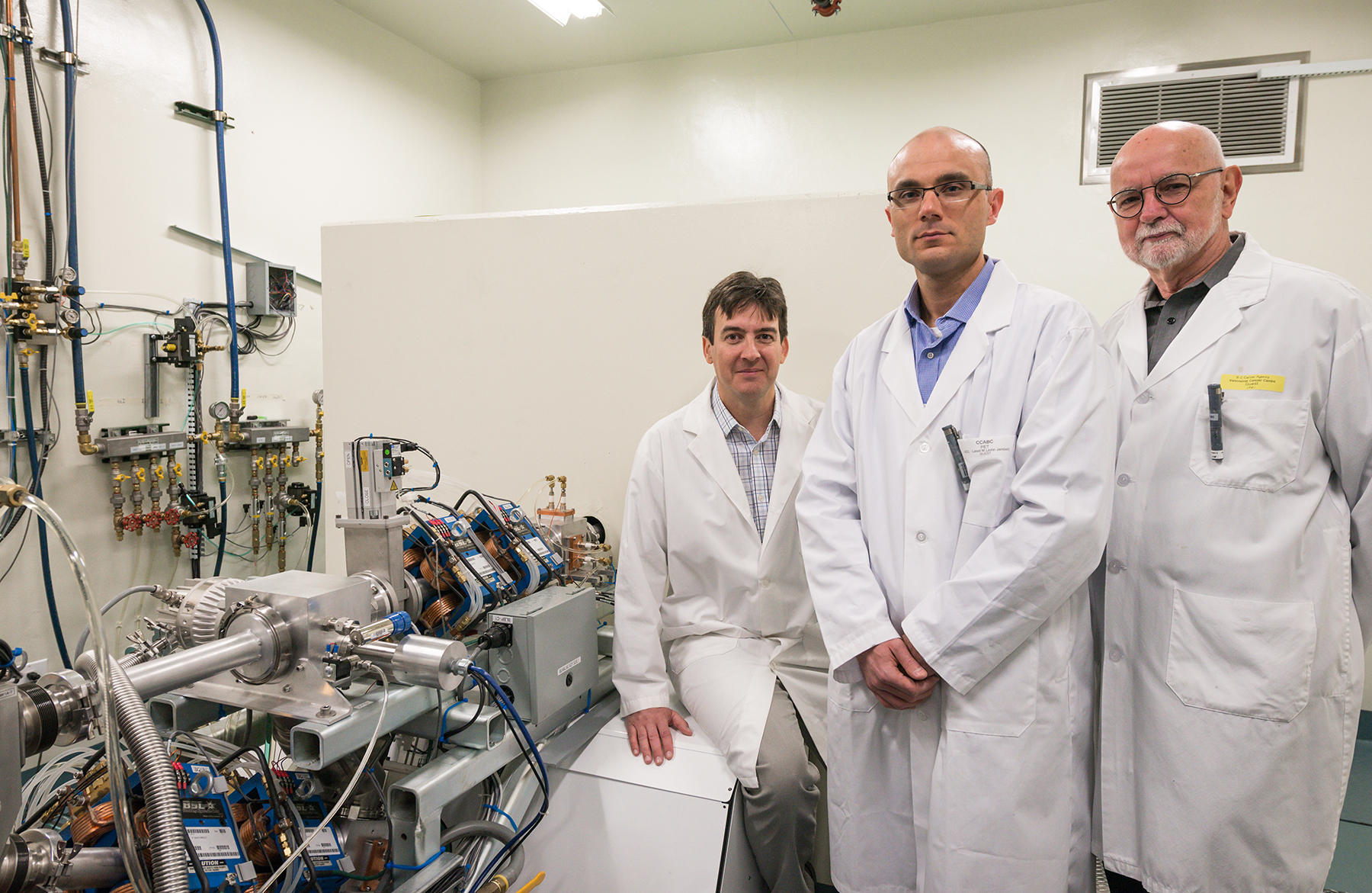 “François played a key role in our work. He tackled the immense challenge of advancing a complex, multidisciplinary research program and fortifying our capacity for PET and PET-based research, for British Columbians and for Canadians,” said Ruth. “His work, and his leadership on the proposal itself, played an essential role in the eventual Health Canada approval of FDG for PET.”

Building a better future for Canada

Building on the legacy started by Ruth and colleagues, the Life Sciences Division has led several critical projects that have fundamentally influenced the trajectory and success of TRIUMF as a modern research organization. Further, deep ties developed across decades of collaborative research have fortified TRIUMF’s leadership position at the center of a national network of nuclear medicine researchers, TRIUMF member universities, industry partners, and clinical collaborators.

The Division has championed a strategic approach to building nuclear medicine expertise and capacity, rooting Canada’s world-leading capabilities for medical isotope research and production at TRIUMF. One example of this is TRIUMF’s leadership of the national Cyclomed99 consortium, which won the 2015 Brockhouse Prize for realizing an innovative cyclotron-based solution for safe and reliable production of the world’s most commonly used isotope, technetium-99m. Building on Ruth’s work, TRIUMF’s Associate Laboratory Director Paul Schaffer and the Cyclomed99 consortium spearheaded the commercialization of this technology and the creation of TRIUMF’s first full-fledged spin-off company, ARTMS Products, which in 2020 announced nearly $27 million in Series A funding and the Health Canada approval of cyclotron-produced technetium-99m.

A career of collaboration

For Ruth, his Award win speaks to a commitment to collaboration that he has embraced throughout his career.   “I am honoured to receive SNMMI’s Georg Charles de Hevesy Nuclear Medicine Pioneer Award,” said Ruth. “I have had the pleasure to work with so many colleagues who encouraged and challenged me throughout my career. This Award is certainly reflective of these many people, and it serves as an enormous dedication to the folks who have supported my work. It is, in essence, the pinnacle of being associated with nuclear medicine. I was very overwhelmed when I first heard the news!”

“I join the TRIUMF community in sharing warm congratulations to Tom for this well-deserved honour,” said TRIUMF Director Nigel Smith. “His dedication and his achievements have played a formative role in shaping TRIUMF into what we are today, and we are fortunate that he continues to make valuable contributions to our community and the wider field of nuclear medicine.”