Dr. Jess Brewer, a TRIUMF affiliate researcher, UBC professor emeritus, and a member of the team that developed the laboratory’s Centre for Molecular and Material Sciences (CMMS), has been named a 2020 Fellow of the American Association for the Advancement of Science (AAAS) for “his pioneering work developing muSR, in which muons are used to probe quantum materials, with critical applications ranging from high-temperature superconductivity to solid-state chemistry.” 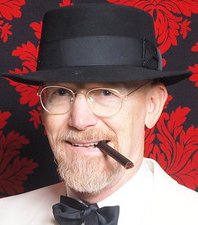 Brewer is a renowned pioneer in the field of muon science - the exploration of the magnetic and electronic properties of materials using the electron’s lesser-known and heavier cousin, the negative muon (μ-), and (more often) its positive antiparticle, the μ+, which behaves like a “light proton”.  Across his five decade-long career studying muons and their applications, Brewer has led a number of important advances, including major contributions to the development of muon spin relaxation and related techniques, often collated as ‘Muon Spin Rotation/Relaxation/Resonance’ or ‘μSR’. The μSR technique leverages short-lived muons, subatomic particles whose spin and charge serve as extremely sensitive probes of magnetic and electrical fields. Muons can be embedded into different materials to investigate the local properties that are otherwise inaccessible using conventional methods.  The μ+  can also capture an electron to form the muonium atom, a light isotope of the hydrogen atom, whose chemistry is qualitatively identical.

Brewer helped found TRIUMF’s CMMS facility, where intense and continuous beams of muons are created by firing protons into a graphite or beryllium target to produce positive and negative pions which decay into muons (and muon neutrinos). The resulting beams of muons, with spins that are all pointing in the same direction, have been employed in unprecedented investigations into fundamental problems in condensed matter physics and chemistry, paving the way for critical progress in research on low-temperature superconductivity, semiconductors, exotic magnets and the next generation of batteries.

Brewer completed his Ph.D. in High Energy Physics (with a thesis on Muonium Chemistry) at U.C. Berkely in 1972. He joined the faculty of the Department of Physics at the University of British Columbia in 1977 and taught a variety of Physics courses while undertaking his research at TRIUMF.  Among other accolades, he received the 2008 Canadian Association of Physicists’ Brockhouse Medal for his pioneering work developing muon spin relaxation and related techniques. He was granted Professor Emeritus status at UBC upon his retirement in 2011 and has continued to play an active research role in the world μSR community, especially at TRIUMF’s materials and molecular science program.

“On behalf of TRIUMF, I would like to warmly congratulate Jess on his well-deserved election as AAAS Fellow,” said Dr. Reiner Kruecken, TRIUMF Deputy Director, Research. “His work in the field of muon science has had a profound impact both in science and in building a foundational pillar of TRIUMF’s multidisciplinary science program.”

AAAS Fellows are a distinguished cadre of scientists, engineers and innovators who have been recognized for their achievements across disciplines, from research, teaching, and technology, to administration in academia, industry and government, to excellence in communicating and interpreting science to the public.

In a tradition stretching back to 1874, these individuals are elected annually by the AAAS Council. Newly elected Fellows are recognized for their extraordinary achievements at the ceremonial Fellows Forum, a time-honored event at the AAAS Annual Meeting where they are presented with a certificate and blue and gold rosette.

This year, Fellows will be recognized by virtual ceremony at the AAAS’ Fellows Forum at the Annual Meeting, February 8-11, 2021.