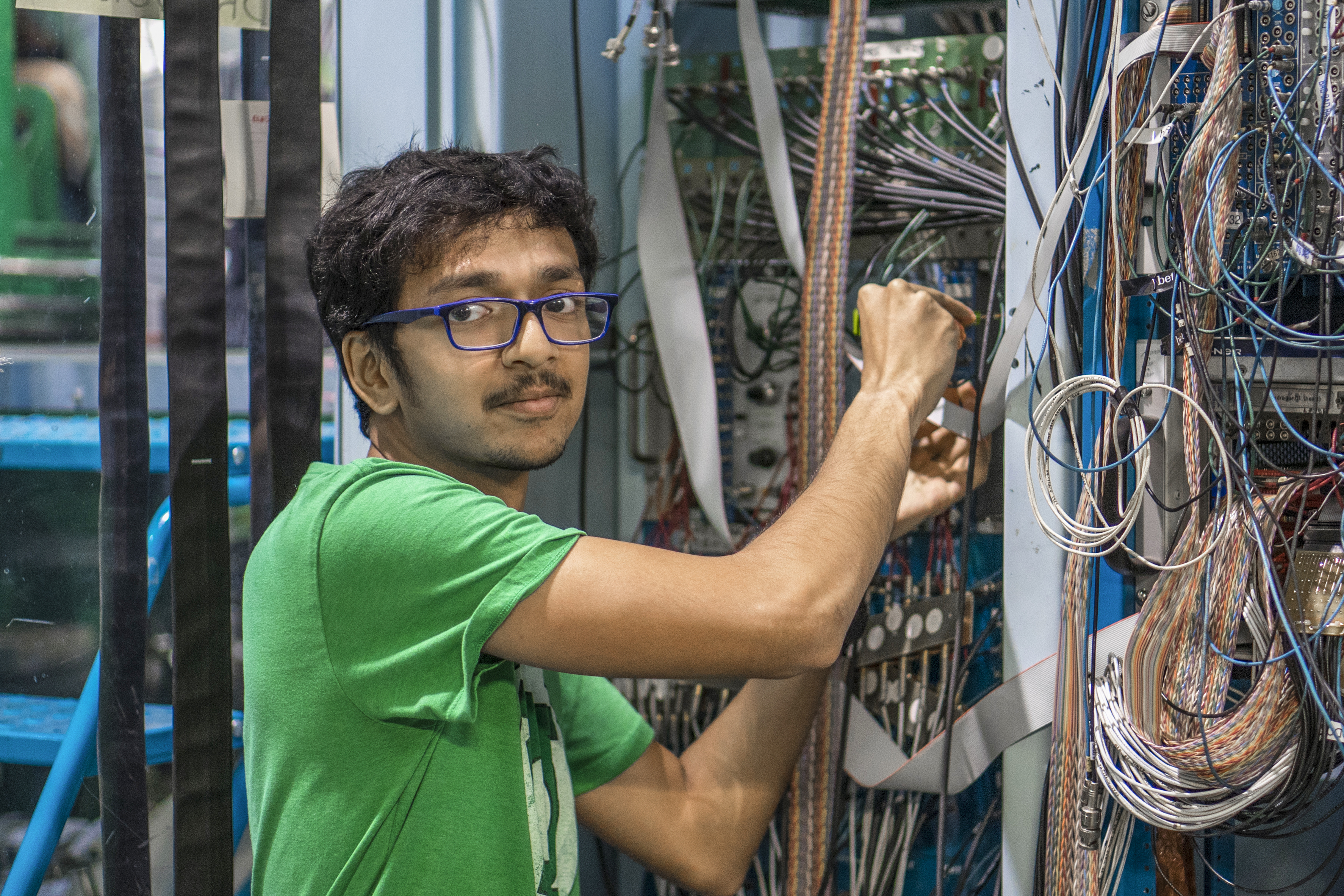 The award honours Dr. Erich Vogt (1929-2014), one of TRIUMF’s co-founders and one of the most distinguished Canadian nuclear physicists of his generation. His wish was that accomplished first-year students be afforded the same research opportunities as upper-year students, who often have wider access to paid positions as student researchers.

Administered by the University of British Columbia’s Department of Physics and Astronomy (UBC PHAS), the FYSRE award was first offered in 2014 and has funded valuable hands-on experiences for five students as of May 31st, 2017. Two more students received the FYSRE award this year, one of whom has been placed at TRIUMF working on the nuclear astrophysics system DRAGON.

TRIUMF is pleased to introduce UBC student Gaurav, a 2017 FYSRE award winner and the most recent addition to the DRAGON team. We sat down with Gaurav to talk about his passion for physics, his hopes for the future, and his experience working at TRIUMF so far.

TRIUMF: What are you working on at TRIUMF?

Gaurav Tenkila (GT): I’m working at DRAGON, which is the Detector of Recoils and Gammas of Nuclear Reactions. DRAGON recreates capture reactions, which occur inside stars and stellar events like novae and supernovae. Measuring these reactions is important as they tell us about how the elements beyond hydrogen and helium were created, and about their abundance in the universe. 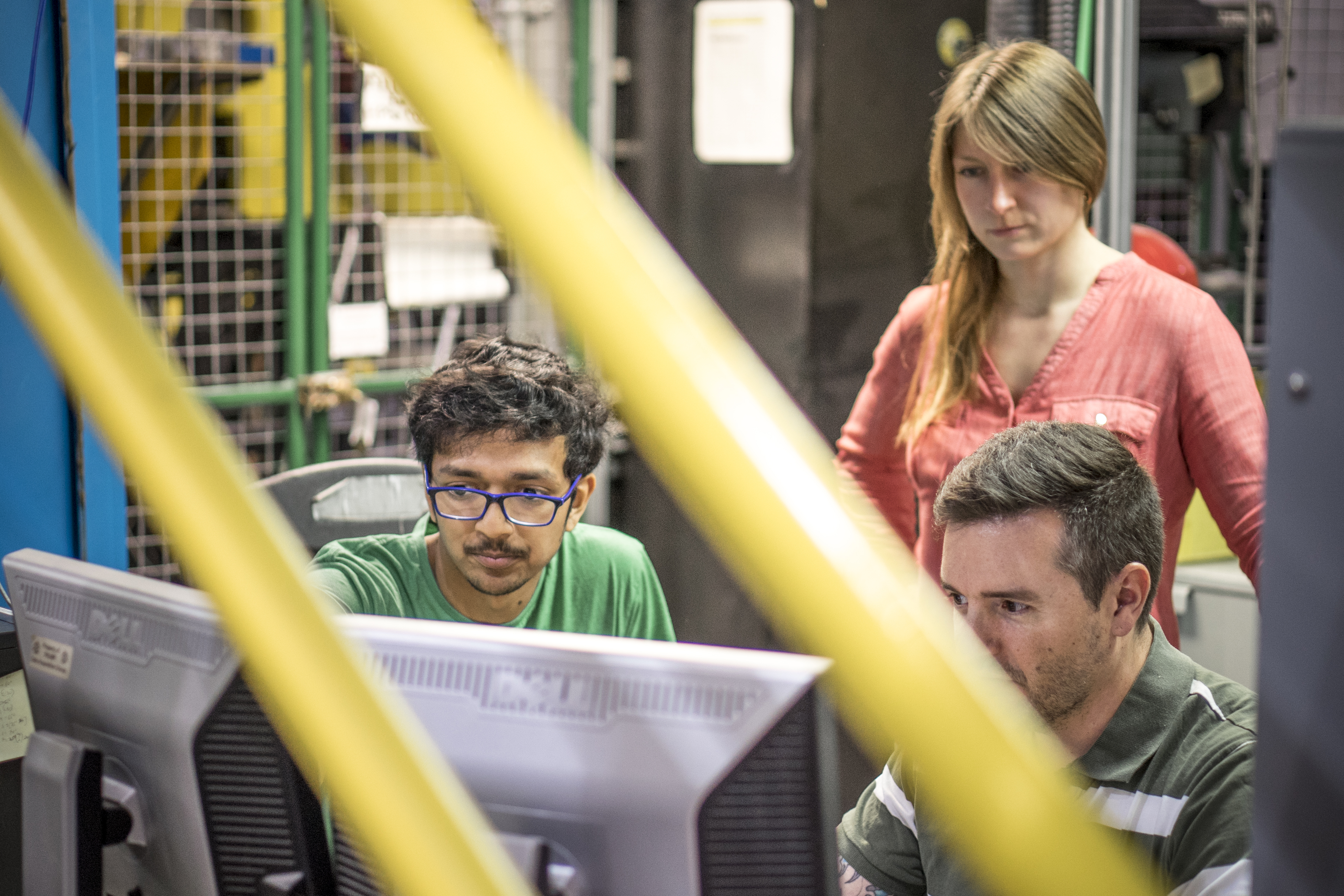 TRIUMF: What first drew you to physics research?

GT: In middle school, I found a very brief summary of the Standard Model of particle physics in an encyclopedia. I was quite intrigued by it, as it essentially claimed to explain all of matter and energy through fundamental particles. However, it did mention that the model could not explain gravity. That was what made me feel a strong urge for completion- to do research and make the unknown known.

TRIUMF: What are your hopes for the future of physics research?

GT: Sometimes, for reasons I’ve never understood, physics is shunned among the other science disciplines, flagged as being too hard or too abstract to follow. I hope that this view changes and as a result, more people get into physics research and fuel it with fresh ideas. I also hope that more research is done towards repeating experiments, as this has great value in confirming pre-existing theories, reducing errors in previous experiments and testing one of science’s fundamental principles – repeatability.

TRIUMF: Are there any particular questions, problems or projects that you aspire to contribute to specifically?

GT: Right now, the most interesting problem for me is the CP violation issue. To our knowledge, the universe is made chiefly of matter, with almost no trace of anti-matter, which is quite surprising as matter and antimatter behave in the same way. However, the violation of certain fundamental symmetries could theoretically result in this bias towards anti-matter. Solving this issue would have broad implications across all fields of physics, from cosmology to quantum mechanics 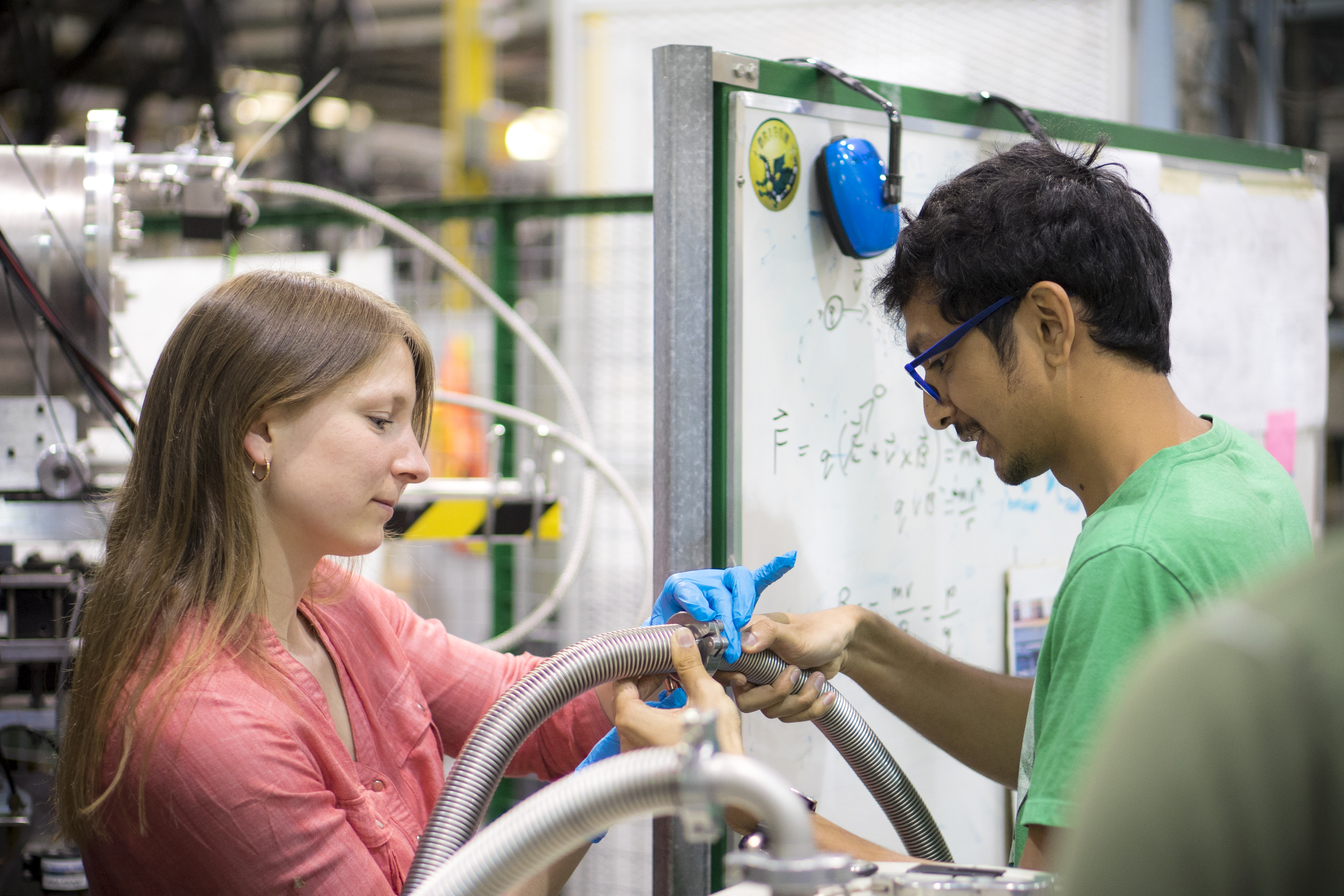 TRIUMF: Eric Vogt had the privilege of attending the last physics lecture ever given by Albert Einstein and said it influenced him tremendously in his desire to mentor and support younger physicists. Is there anything you would tell aspiring physics students in middle or elementary school?

GT: I would say that what is crucial to physics is to question everything, and to know that anyone can be wrong, even an expert. You will probably end up with more questions than answers, no matter where you look for them, and it can be frustrating at times. Nevertheless, those questions add up over the years- when you finally answer them, even a part of them, you get a kind of pleasure that can’t be matched. That is what physicists work for: the pleasure of knowing you understand the universe to some small extent.

TRIUMF: What has your experience at TRIUMF been like so far? How is it different from what you expected?

GT: My experience at TRIUMF has been fantastic so far – I’ve learned more in the past couple weeks than I have throughout my first term at UBC. The initial learning curve was quite steep, but I managed to get accustomed to it over the first couple of weeks. Something I did not expect was the broad range of skills one has to have to work on a physics experiment of this scale. You need to know bits and pieces on how to handle electronics, data acquisition, software programming and even chemistry. I’ve learned that your success as an experimenter depends on how broad your knowledge base is and how you can use your skills together.

Congratulations, Gaurav, and welcome to the TRIUMF family!