Teams working on ARIEL, the Advanced Rare Isotope Laboratory, are pleased to share the successful results of a third round of commissioning for a critical piece of the isotope production facility, the ARIEL Yield Station (AYS). 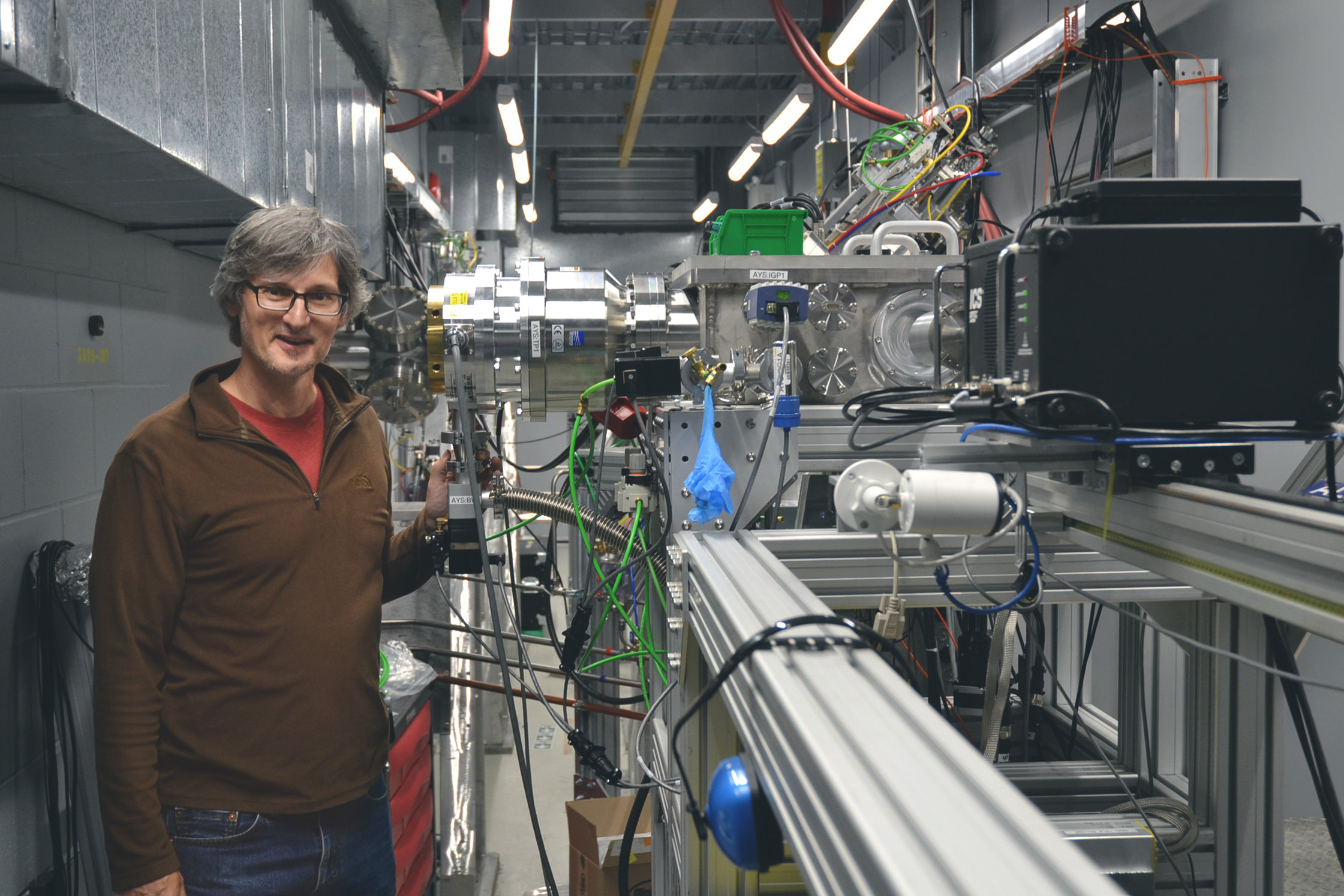 The station commissioning, the third of four planned commissioning exercises, used low-energy rare isotope beams (including cesium-142 and indium-124 and charge states up to +16) from TRIUMF’s ISAC-I facility to continue validating the general operation of the Station and associated beamlines, including the proper function of detectors and the data acquisition system (DAQ).

Fully realized, the ARIEL Yield Station will enable members of the isotope production and beam delivery teams to measure several important beam characteristics, including the yield of the production targets, the intensity of the beam, isotope charge state, and the beam’s composition (and/or contamination). Similarly, though the Yield Station is not a dedicated nuclear spectroscopy apparatus, it also offers the capability for measurements of alpha, beta, and gamma decay events. 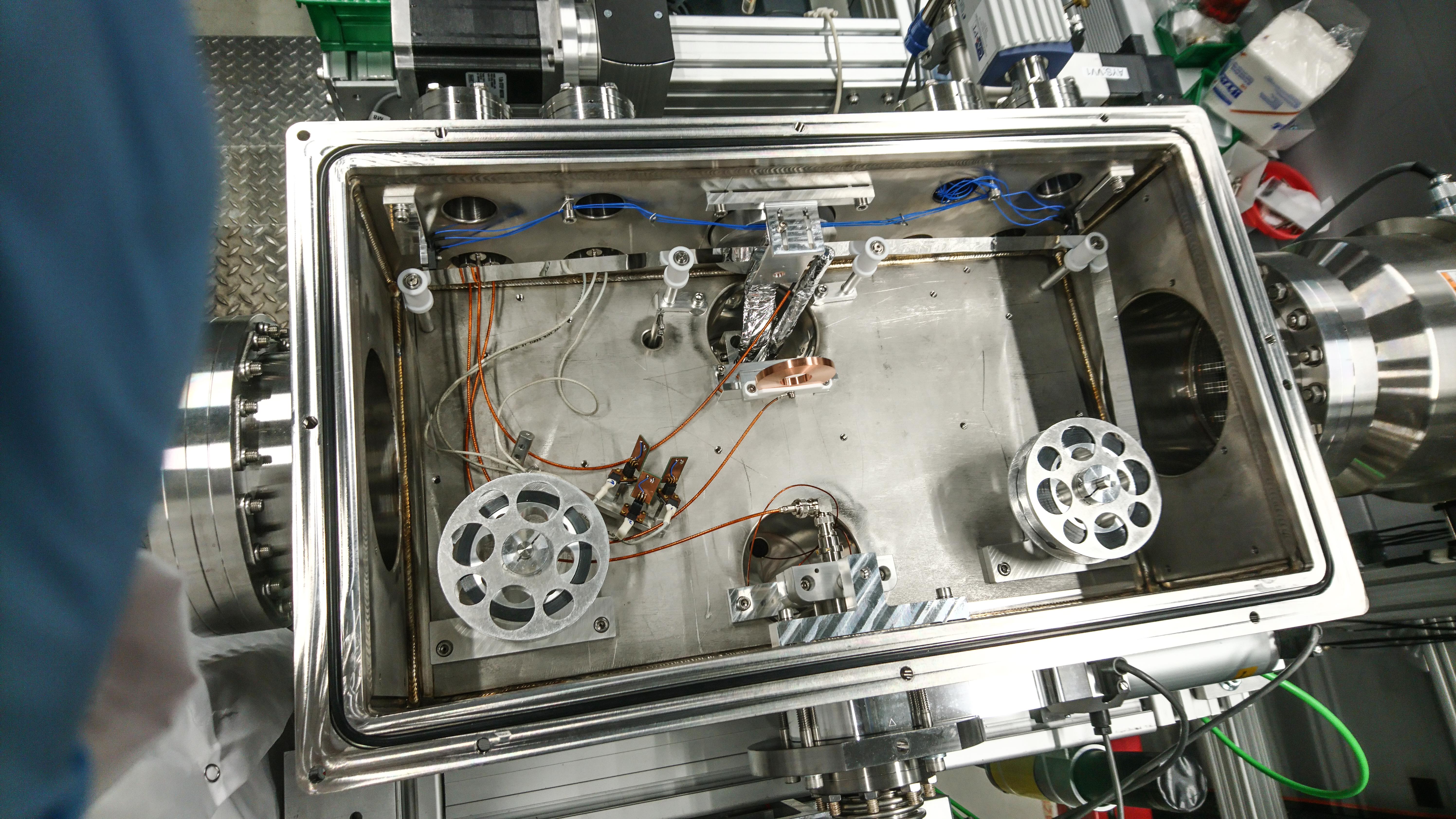 “The Yield Station’s main function is to allow us to collect data that will help us characterize beams - including the production target yields, the beam intensity, and so forth,” explained Peter Kunz, RIB target physicist. “In a sense, the Station can also function like a ‘decay’ station, similar to some of our experimental detector apparatus like GRIFFIN, for instance. The key difference is that the yield station covers a much more dynamic range, and it can provide results in just a matter of seconds or minutes. The Yield Station is much less sensitive, but it operates much faster, which will allow our production and beam delivery teams to make on-the-fly analyses and adjustments as required for various beams.”

The ARIEL Yield Station has the same functionality as the ISAC Yield Station, which provides the same characterization for beams of rare isotopes produced using the ISAC target modules (Kunz notes that one key difference lies in the cooling paradigm: the ARIEL yield station has an electrically cooled gamma detector, circumventing the need for cumbersome liquid nitrogen coolant). The ARIEL Yield Station will be able to provide measurements on beams of isotopes produced using TRIUMF’s existing target facility and beams from the two new stations, the ARIEL Proton Target West (APTW) and the ARIEL Electron Target East (AETE). Its dynamic range enables measurements on beams as intense as several ions per second up to beams of 1011 ions per second.

The first-round commissioning of the Yield Station used static calibration sources that emit alpha, beta, and gamma radiation to check the installation and functional integration of the Yield Station components; the second commissioning tested the Station’s function using a stable beam from the ARIEL Test Ion Source (ATIS). The third commissioning, which leveraged beams of isotopes inbound from the ISAC-I experimental hall, served to further ensure that the Station and specific legs of beamline were tuned and functioning correctly. In each case, the Yield Station performed as designed and teams were able to gather measurements and perform yield calculations.

“We were confident that the detectors and DAQ were functioning properly, based on previous commissioning results,” said Beam Delivery Physicist Brad Schulz, whose responsibilities included tuning the commissioning beam. “And, although most of the beams we expect to be monitoring with the yield station will be singly-charged, from ARIEL, it was good to do our due diligence and provide another assurance of the beamline design and tuning, charge-breeding, and other characteristics.”

“This achievement is shared by a wide group of individuals and teams from across the lab,” said Anders Mjos, Group Leader, Target Production & Operation. “The Yield Station is a compact but complex piece of equipment, and it called upon expertise in hardware, vacuum systems, motion control, detectors and DAQ, technicians, operators, and those who contributed to the development of our control and database systems. I’d also like to acknowledge the design contribution from Carleton University, and our own Design Office and the excellent folks in the TRIUMF Machine Shop.”

The fourth and final commissioning will use beams from the two yet-to-be installed target stations, the APTW and AETE, to validate ARIEL’s comprehensive isotope production and transport paradigm, which will include yet-to-be-installed beam transport infrastructure (the L1 layer for the ARIEL Target Pit was recently completed – read more here).

Congratulations to the ARIEL teams!