“Letting go of old things is never easy,” Art Olin tells us as we sit across from one another in TRIUMF’s main office building. It’s the first day back after a long weekend, and it's far too beautiful a day to be spending inside. It’s the kind of day that makes you wish you could retire early and travel the world.

So what is Art, recently retired and now a researcher emeritus, still doing here at TRIUMF?

As we untangled Art’s long career path, it became clear that this article would not suffice as a record; Art’s career was full of interesting science, collaborations with brilliant researchers, and students who have gone on to incredible heights. His good-humoured laughter is infectious as he tells stories about his time at TRIUMF, and he certainly has plenty of stories. It’s no surprise that when he retired last June, a scientific symposium was held at TRIUMF in his honour.

Some things really are hard to let go of – especially when that thing is a career filled with interesting projects, a valued community of scientists, frequent travel, and a lab that he could call home for over 40 years.

Growing up, Art favoured science and literature in school, but it was physics in particular that he found more grounded. The field offered him the challenge of solving problems, something that appealed to the young math enthusiast and chess aficionado who says, “I grew up a real nerd and my friends were too.” As an added bonus, physics let him work with his hands. “One of my favourite things in junior high was when I had a shop class and I got to use all these planers and big tools and things. And that was great. I had the same feeling with the ALPHA cryostat – we had to polish things flat, bolt the thing together, clean off all the grease – and I got to do it!” 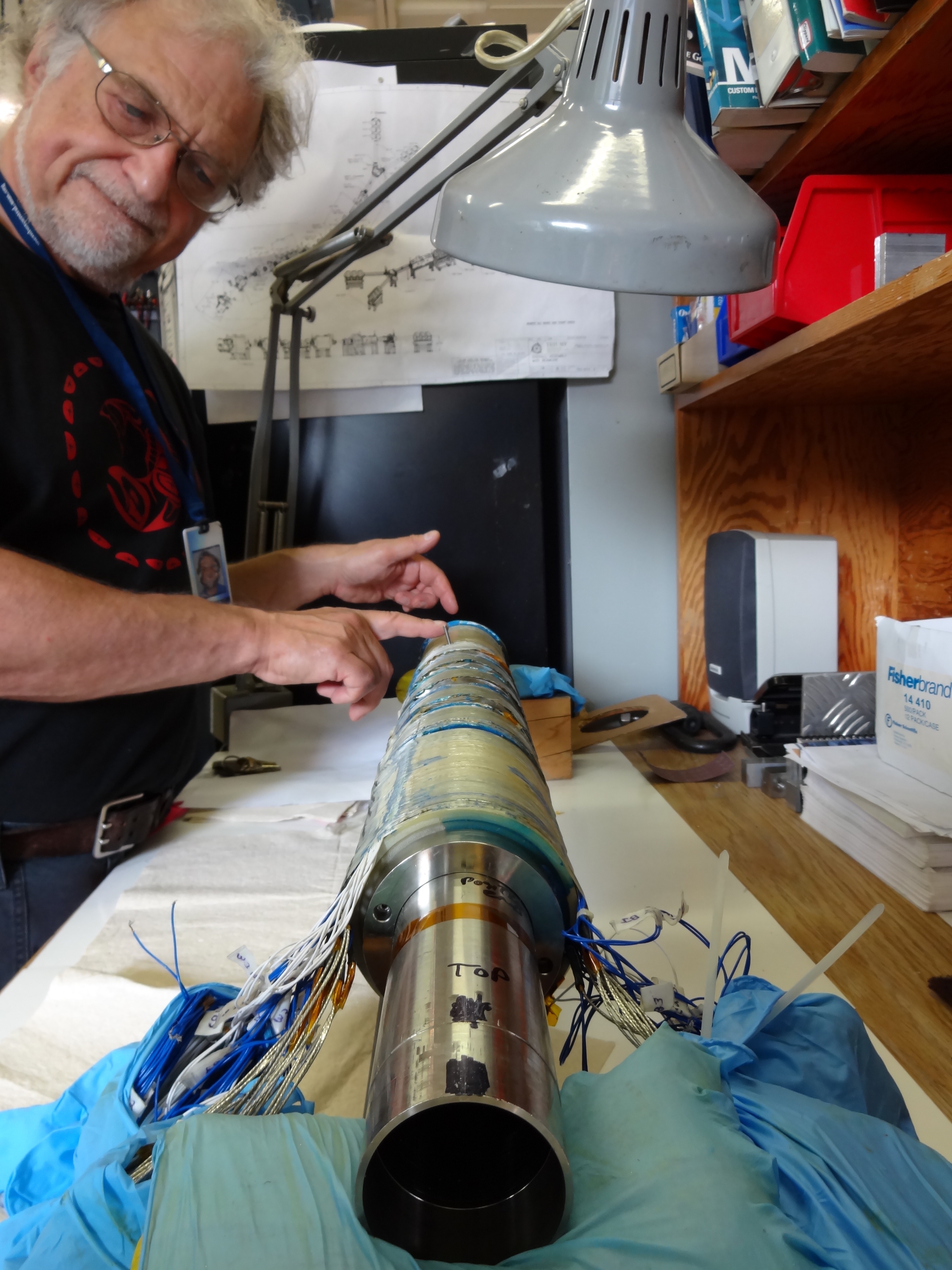 He chose McGill University for his undergraduate studies and found himself once again among like-minded nerds, a term he uses affectionately when speaking about his former classmates. Even after all these years he maintains a close connection with his peers; for the past decade they have been organizing annual reunions to reconnect with one another. Many of them are still working in math or physics, while others, Art says jokingly, “went off and made money”. Following his undergrad at McGill, Art drove across the border to do his doctorate at Harvard.

It was after his time at Harvard that he met another career love: travel. Following his postdoctoral work, Art left North America for the first time and, accompanied by his wife and some friends, made his way to Turkey to teach for a year at a technical university (though Art admits that there was much impromptu travelling throughout Europe done along the way)

Art first came to TRIUMF over forty years ago, through his postdoctoral appointment at the University of Victoria. In that time, he has seen TRIUMF grow from its original tri-university family to the 19 university strong tribe that it is today. His projects have included kaon experiments in Japan, designing and building prototypes for TWIST (to make accurate measurements for a spectrum of electrons), and trapping antimatter with ALPHA – for which the collaboration recently received the NSERC Polanyi Prize .

“It’s a very good place to work,” Art says. “First of all I always had things going on here too, so you’d split your time and that made a nice balance. You had a home base to come back to, and you had interesting places to go and explore. And a very wide variety of science and new people.” According to Art, the lab excels at attracting talented people in the field, particularly students: “TRIUMF and the universities here have been really good at providing some excellent students who go on to do great things. The way we draw from students all over Canada is a real strength of the place.” He describes TRIUMF as a community, one that is hard-working but still fun.

It’s this spirit of community that comes alive when Art talks about his time at TRIUMF. Throughout his career, he’s worked on several different projects, both at TRIUMF and at other labs.  Each of these projects demands a team of experts, of which there is no shortage of at TRIUMF. “I got all kinds of help from places I wasn’t expecting. Each project you form a new team. You have to use what the people are good at and ignore the other stuff. As long as you can be welcoming and put people on what they want to do anyway, you’re okay.”

According to Art the collaboration process for these teams is much more straightforward than you would think: “One of the strengths of TRIUMF is when you needed something and you had an idea of who else would be interested, you just go talk to them. Things would get done informally much more easily.” In fact, this was how Art himself became involved with the ALPHA project. A former grad student in his group and current Department Head of Particle Physics, Makoto Fujiwara, was interested in ALPHA and convinced Art to join the team.

These days, Art balances his time at TRIUMF with activities such as travelling, cycling, squash, hiking and attending concerts. He still has close family ties with not just his teams but also his previous students and his old classmates. His retirement is, admittedly, a little unorthodox, but it doesn’t seem like Art would like to have it any other way. “I’m still doing what I like doing. There is something about not feeling as if you actually have to do stuff, but what always drove me and I think most people isn’t so much the job, but being in a group where people depend on you and you depend on them.”