Beauty may be in the eye of the beholder, but a detector array in the hand of a skilled photographer took first-place in the 2018 TRIUMF Photowalk.

On public tours and lab visits, few guests can resist pausing to snap a photo of DESCANT (DEuterated Scintillator Array for Neutron Tagging), a gleaming half-sphere of stainless steel and particle-detecting benzene housed in TRIUMF’s Isotope Separator and Accelerator-1 (ISAC-I) experimental hall. With its immersive geometry, symmetry, and striking colours, DESCANT is featured in Instagram posts and selfies almost as often as in TRIUMF presentation slides and print materials.

Now, DESCANT has been featured in a striking new way: as the subject of photographer Jon McRae’s first-place winning image for the 2018 TRIUMF Photowalk. The image caught the eye of both the TRIUMF Photowalk jury and the lab community, taking top honours in the jury competition and earning the TRIUMF Community Choice Award by popular vote. 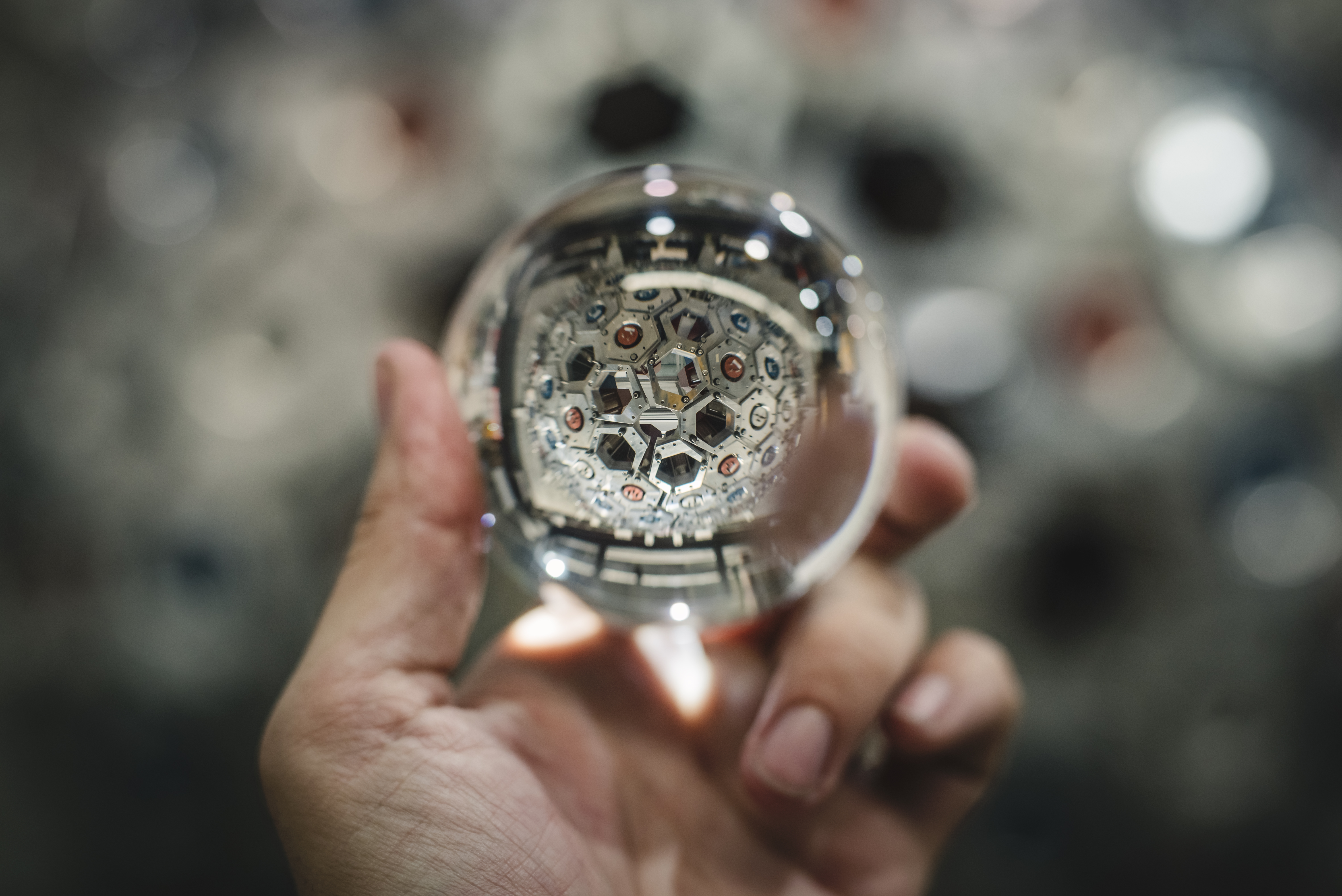 McRae, a Vancouver-based professional photographer and creative behind Four Eyes Portraits, snapped the captivating image of DESCANT with the help of a small, spherical lens. Holding the lens between camera and detector array, McRae recreated a miniature simulacrum of DESCANT in the crystal-clear glass ball, cleverly highlighting its compelling shape and geometry.

McRae says his inspiration to uniquely capture DESCANT comes from a deeper desire to share the world of science more broadly.

“There's no shortage of imagery out there showing amazing scientific apparatus, but that may be part of why people gloss over it,” explains McRae. “The challenge of yesteryear was to broadcast scientific knowledge and imagery to the public, to engage them. The challenge of today is to distinguish that knowledge and imagery somehow from the glut of general knowledge and imagery available for consumption. The little crystal ball in this image is my secret weapon on that field. It slaps the viewer with a new, unexpected perspective on a subject they might otherwise dismiss or pass over. It helps convey my own excitement to the viewer.”

Lenses like McRae’s have become increasingly popular with street and art photographers in Vancouver and elsewhere, but few have used it to such great effect in the world of science photography.

“This image stood out amongst the other entries for its creativity, and in trying the show the TRIUMF technology in a new way,” said Liz Sullivan, Photowalk juror and director of photography at Maclean’s magazine. Dr. Ian O’Neill, a juror as well as science writer and communicator, agreed, noting that “... like a fortune teller would read a person's future in that ball, McRae has captured the scientific possibilities that this piece of advanced technology will bring to humanity. It’s a dazzling and thought-provoking piece of art.”

The Photowalk second-place image also went to McRae for his shot of a control room operator intently focused and surrounded by walls of screens and read-outs. 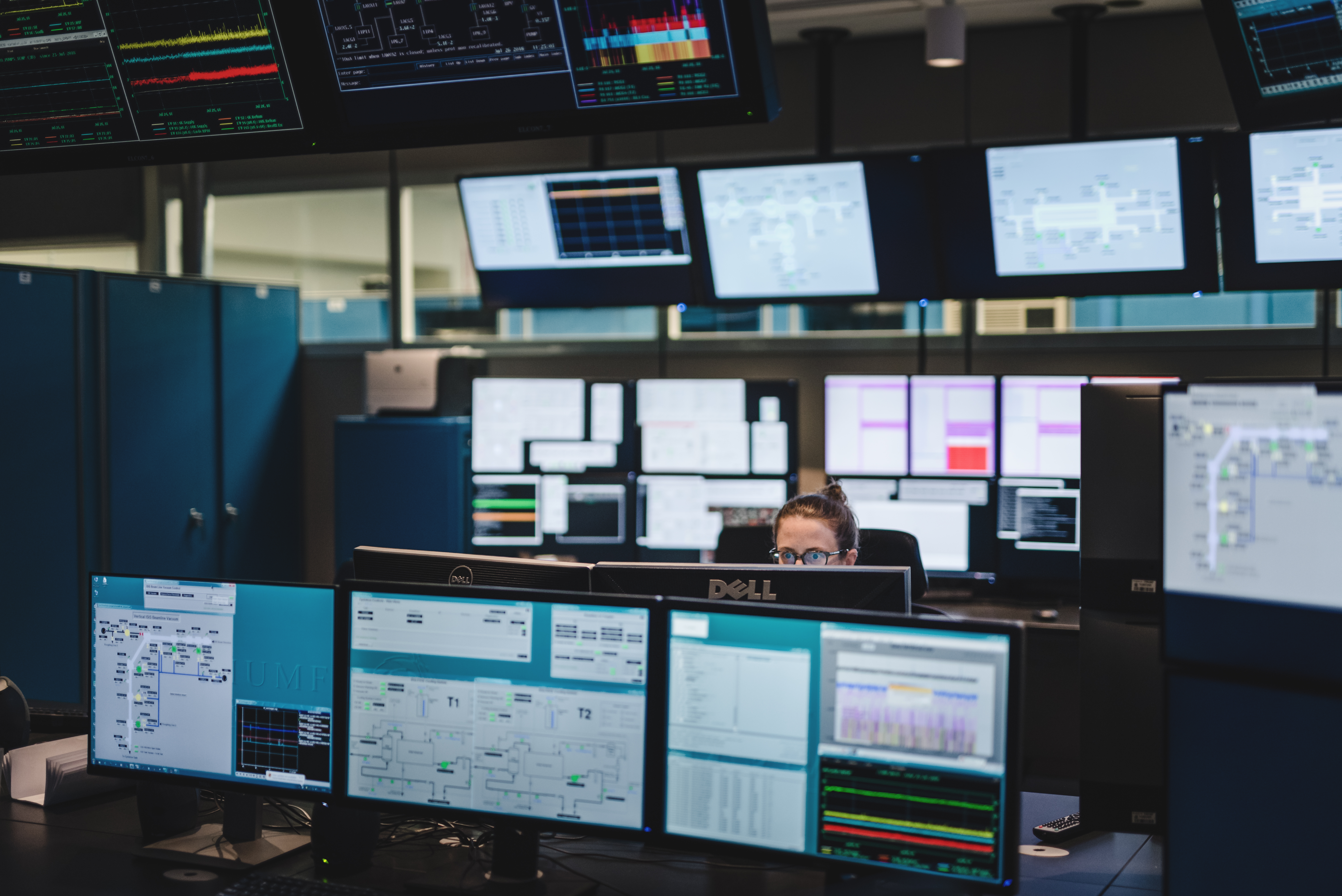 "It captures what I really hoped both to observe and to show of TRIUMF: as stupendous and impressive as the lab's equipment may be, it is, objectively, just a bunch of inert machinery. The projects, the collaboration, and the progress made at labs like TRIUMF are driven solely by human curiosity and dedication. I expect a great deal of it is number crunching, data processing, and so on, but the eventual results are improvements to our understanding of the universe and our place in it,” said McRae. “The minute I saw her working so intently I knew I wanted to capture that curiosity and dedication and to hint, if I could, at the heaps and heaps of unglamorous labour upon which every glamorous discovery is founded.”

“In a world flooded with data, an island of humanity remains,” observes O’Neill about the runner-up image. “In the case of this photo, we see screens filled with information and yet – I want to know what she is seeing.”

Sullivan echoed O’Neill, remarking that “... the narrative here is interesting. At first glance, this has the appearance of any major control room. But as I focused in on the room’s one inhabitant, I had to ask myself about what could be capturing her attention.”

The third-place image came by way of Matthias Le Dall of Victoria, B.C., a postdoctoral fellow in solid-state physics at the University of Victoria. Le Dall delivered an intriguing perspective on the GRIFFIN decay spectroscopy apparatus, also located in ISAC-I. 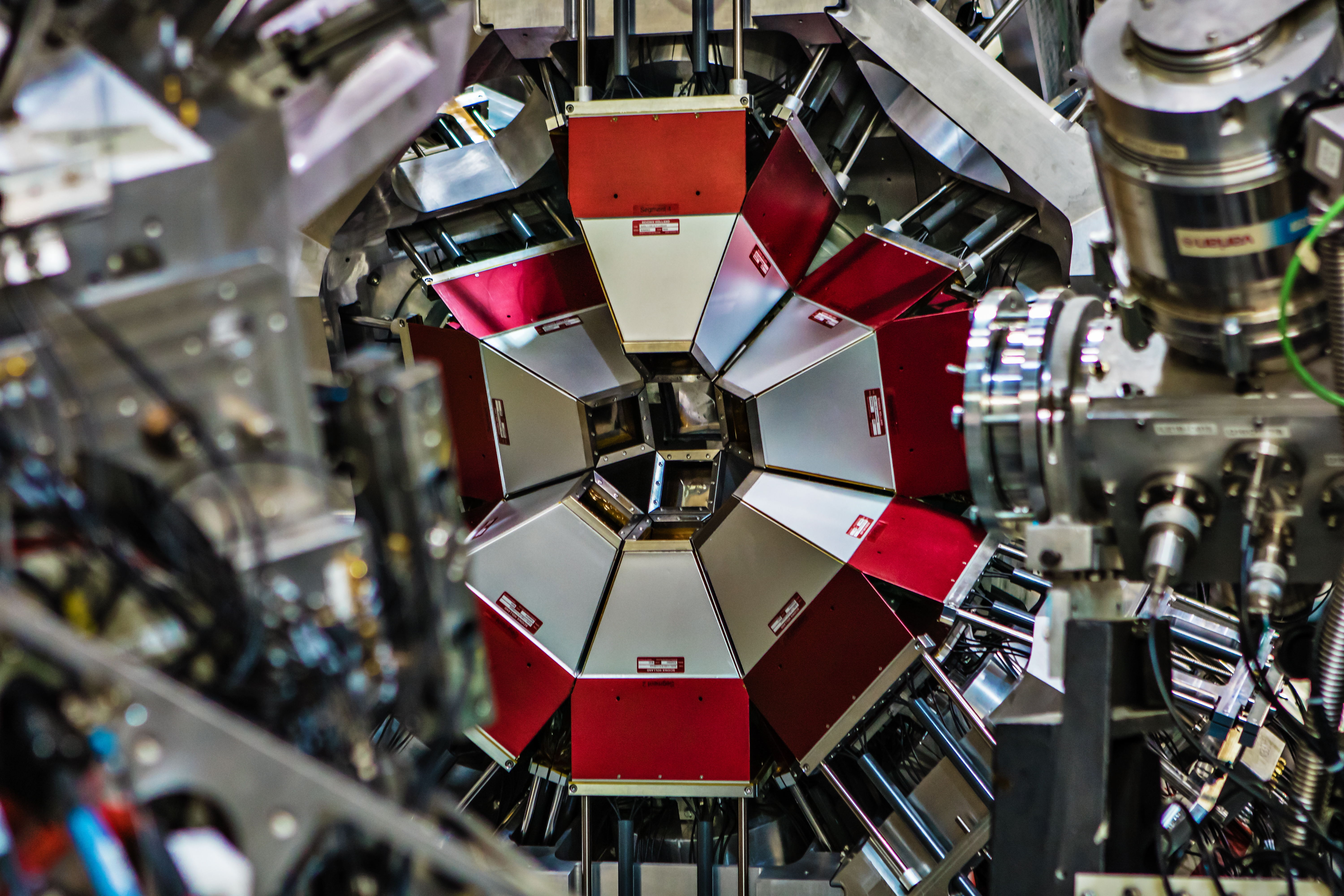 “This shot highlights the high precision required in building complex particle experiments and the excellence that TRIUMF has in achieving at that,” said Le Dall. Judges noted his adept use of depth of field and the sense of mystery he achieved with his framing and post-processing.

The three TRIUMF Photowalk winning images will be entered in the Global Physics Photowalk 2018, an international competition sponsored by the Interactions Collaboration and supported by the Royal Photographic Society. Voting for the Global Physics Photowalk is set to open on August 27th, and you’ll have the opportunity to show your support for these images and others on the world stage (an image from TRIUMF’s main control room took home the first-place prize in the 2015 Global Physics Photowalk!). Stay tuned to the Interactions Collaboration website for more information on how to participate, and follow #PhysPics18 on social media to see what other labs have come up with.

The full set of images from the 2018 TRIUMF Photowalk can be found here.