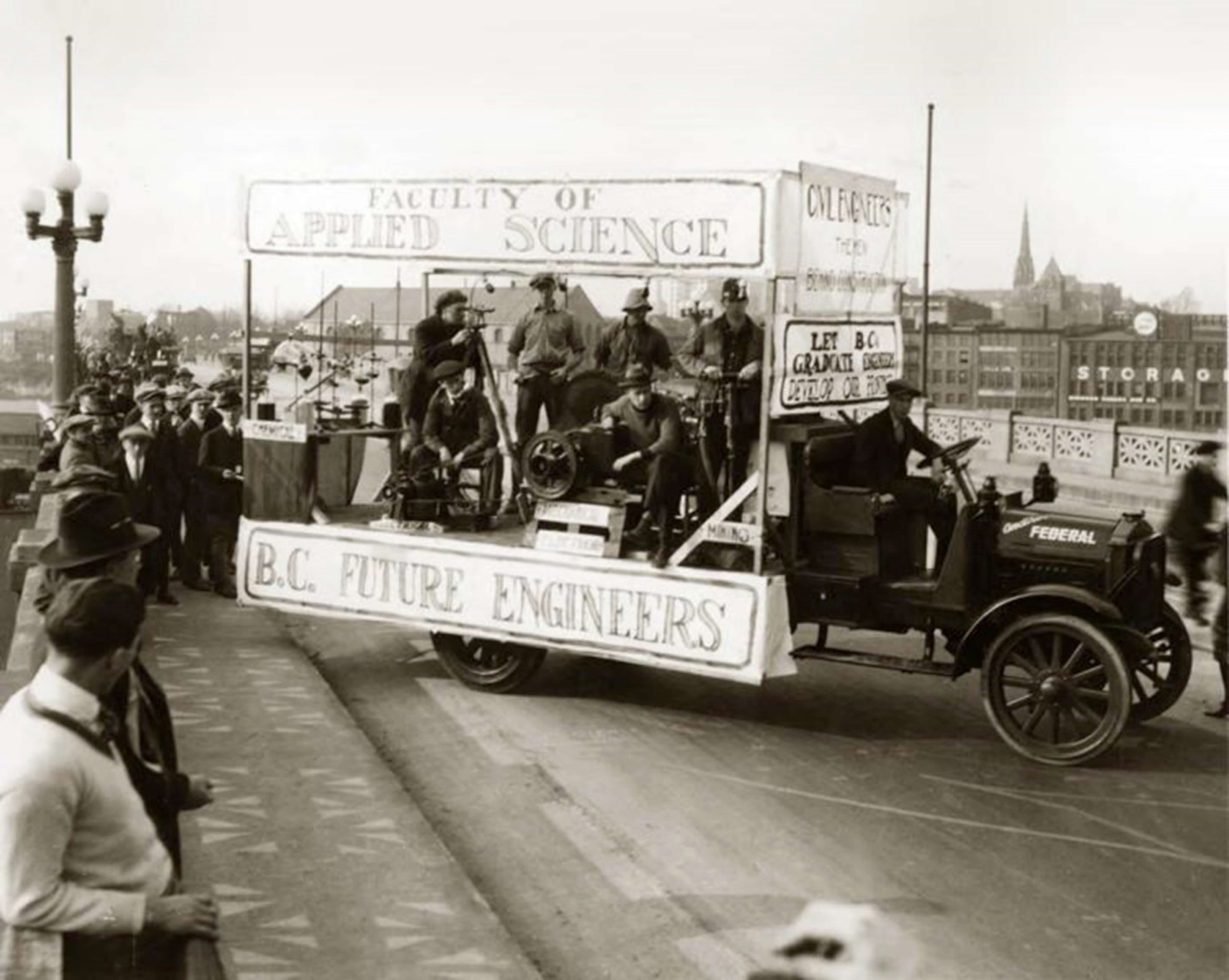 The organization, which serves as the regulatory and governing body for professions under the Engineers and Geoscientists Act, was established shortly before the passage of the Engineers Act (historical) in 1922, the same year that the University of British Columbia (one of TRIUMF’s three founding member universities) graduated its first two civil engineering students. Engineers and Geoscientists BC now comprises over 37,000 members across the province – including more than 50 engineers and engineers-in-training (EITs) at TRIUMF.

As we join Engineers and Geoscientists BC in marking this historical moment, we’re taking a closer look at the many ways engineers have contributed to TRIUMF across our 52-year history.

To understand the role that engineers and EITs have played at TRIUMF since the lab’s inception, one must start from the beginning.

Official approval of federal funding for TRIUMF was first publicly announced on April 16, 1968. However, an unofficial confirmation, relayed in January of that year, set aside $1.3M for the first year of construction. With this funding assured, TRIUMF approved its first Board of Directors and, on March 2, 1968, hired its first official employee: Chief Engineer Joseph ‘Joop’ Burgerjon. Burgerjon had trained as an electrical engineer at the Hogere Technische School in Amsterdam (1946) and had accumulated a broad portfolio of experience building cyclotrons in Amsterdam, Pretoria, and Winnipeg.

Burgerjon provided a wealth of critical knowledge and experience that contributed greatly to the nascent TRIUMF project. As his first undertaking, Burgerjon worked closely with TRIUMF’s second official employee, Ed Auld (who, alongside Ewart Blackmore and others, had been a graduate student under TRIUMF’s first director, John Warren), as well as a team of graduate students and others, to design and build TRIUMF’s main cyclotron magnet. 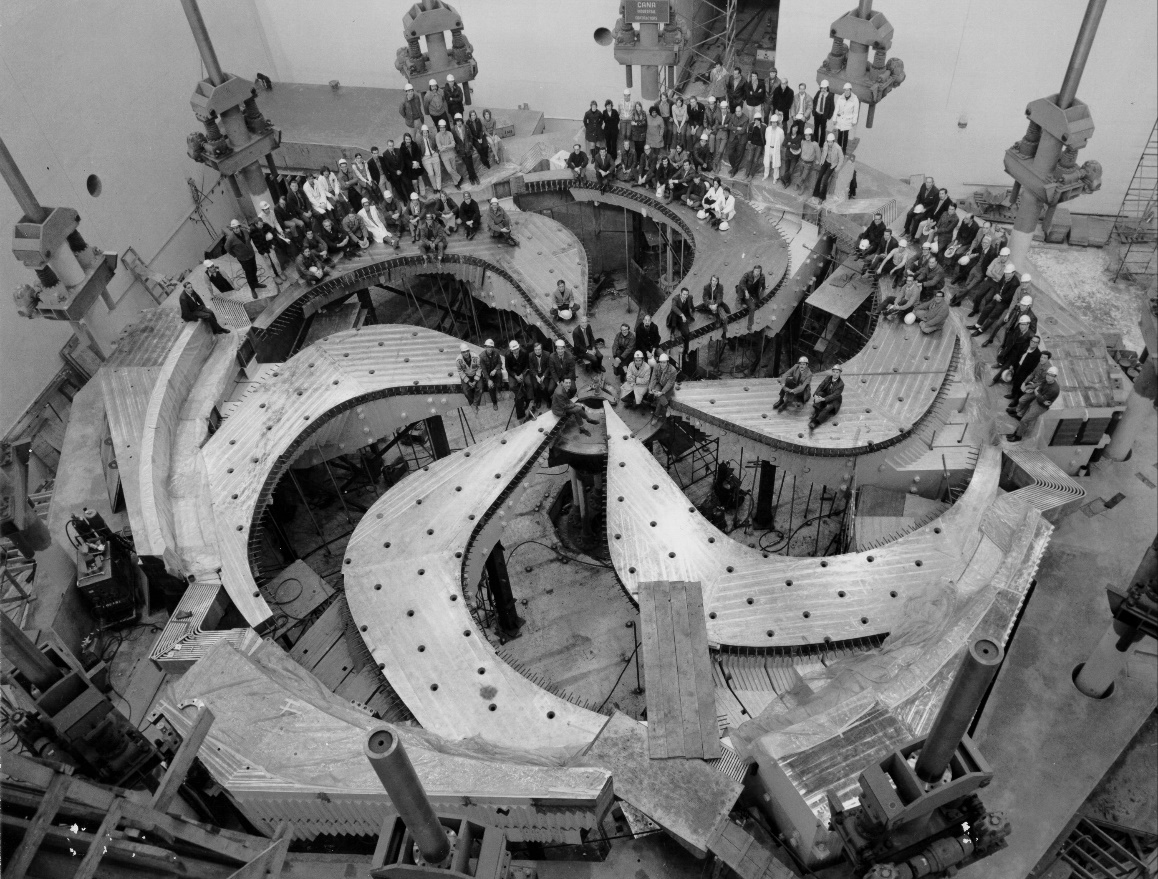 While the cyclotron design wasn’t entirely novel, it differed in significant ways from the 1/20th scale model that had been loaned from Reg Richardson and colleagues at UCLA – and these differences tested the talent within TRIUMF’s design, physics, and engineering teams. This feat of precision engineering was well described by Mike Craddock, a leading TRIUMF beam physicist and de facto historian throughout his career:

"This gigantic device (…) was not only a major engineering challenge but a major physics one as well. The magnetic field had to follow a precise pattern of variation in both radius and angle to an accuracy of 1 part in 10,000 over an area of 200 square meters. In the absence of the powerful computer programs available today, this required a meticulous program of modelling and measurement…”

The installation and tuning of the magnet, which comprises six sectors and weighs approximately 4400 tonnes, was a marvellous feat of engineering acumen. Of particular note was the ‘shimming saga’ – a months-long undertaking that required daily magnetic field surveys (at 40,000 discrete points) and subsequent removal or addition of steel plates, or shims, to adjust the field appropriately (the magnetic field is highly precise; the beam’s turn-to-turn spacing is minuscule, ranging from 5 inches at the lowest energies to 0.06 inches at the highest energies).

“Members of APEGBC were essential in tackling and solving the many unique engineering issues in building the massive TRIUMF cyclotron in the 1970s,” said Ewart Blackmore. “The 4000-tonne electromagnet that had to be manufactured in 50-tonne sections for transport, the support structure for lifting the upper half of the magnet and supporting the vacuum load of a 60-foot diameter vacuum tank, the long prestressed concrete beams for shielding over the cyclotron vault are just a few examples.”

(A historical review of this tremendous work, including the physics and engineering challenges in coaxing the first beam from the cyclotron on December 15, 1974, is once again provided by Mike Craddock here)

A lab built on contributions from engineers 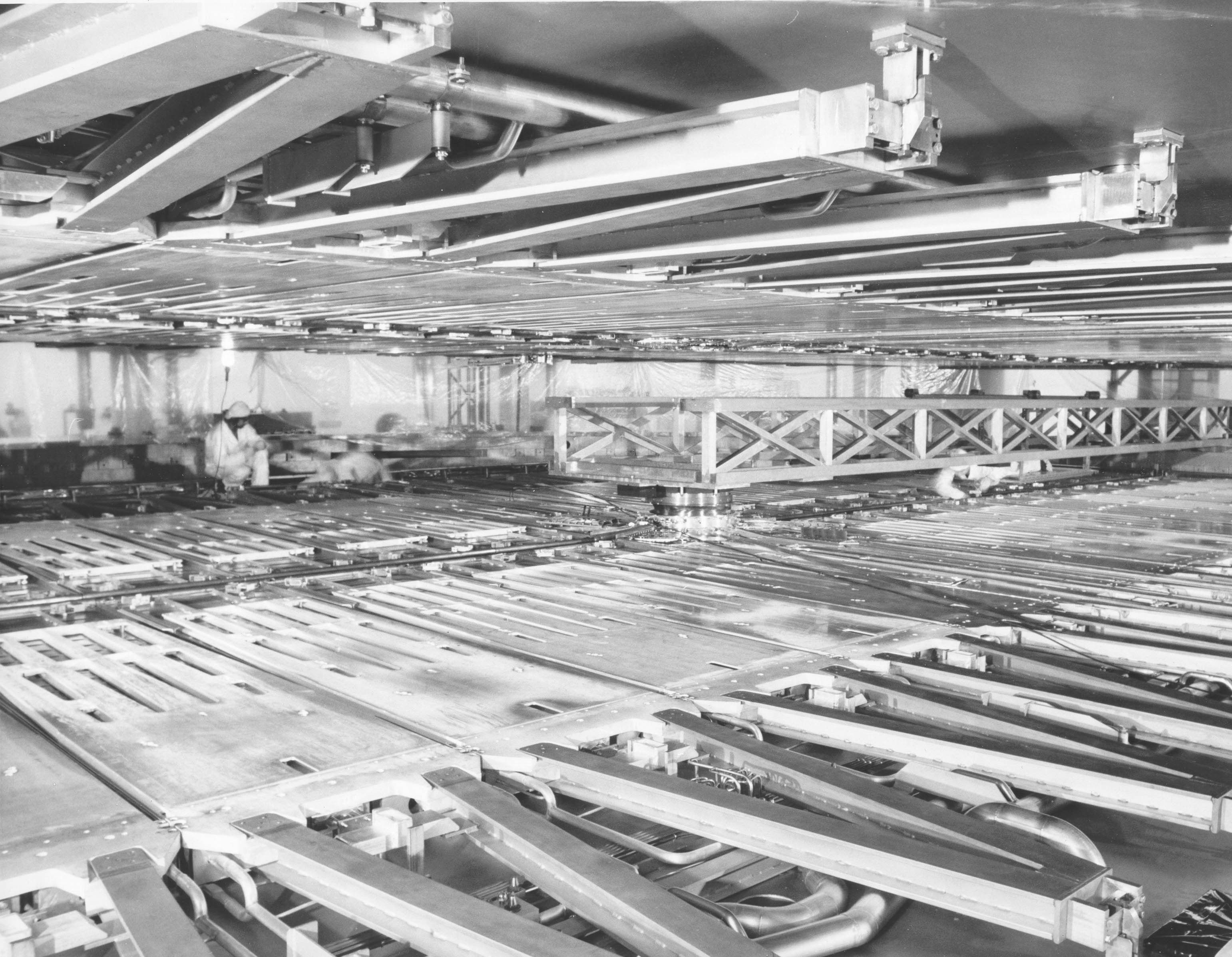 TRIUMF’s initial organizational structure entailed academic and university faculty members working alongside engineers and industry collaborators – including Shawinigan Engineering Co. – to complete various elements of the cyclotron system. This work by TRIUMF’s first teams produced a cyclotron so well-engineered that it has, with modern controls and upgrades, far exceeded original specifications and powered the majority of the lab’s portfolio of research for over 45 years.

Transitioning from building to operations, engineers at TRIUMF continued to make important contributions throughout the lab. As most of the lab’s work remained firmly rooted in physics (and with accelerator science as its backbone), TRIUMF continued to rely upon engineering expertise for planning, designing, and fabricating key mechanical and structural components for the science and accelerator programs. This portfolio touched on research and large-scale accelerator infrastructure, diagnostics, probes, detectors, controls, and more. And, as the lab grew, its engineering activities expanded and diversified in support of a broader program of research and major projects.

For instance: following the signature of a technical agreement between the Crown corporation Atomic Energy of Canada Limited (AECL) and TRIUMF in 1978, the lab began building it’s first ‘Radiochemical Annex’ (RCA1) for isotope production. Later, to capitalize on TRIUMF’s growing expertise in accelerator-based isotope production, the lab brought onsite its second cyclotron, the CP-42. This project was spearheaded by none other than Joop Burgerjon, who had taken over as Head of TRIUMF’s Applied Science Program (now the Applied Technology Group, ATG). As global advances in nuclear medicine spurred demand for isotopes, ATG welcomed two new cyclotrons, the TR30-1 (in 1990) and TR30-2 (2002), dramatically increasing the quantity of isotopes that ATG (and commercial partner BWXT, formerly Nordion) could produce. 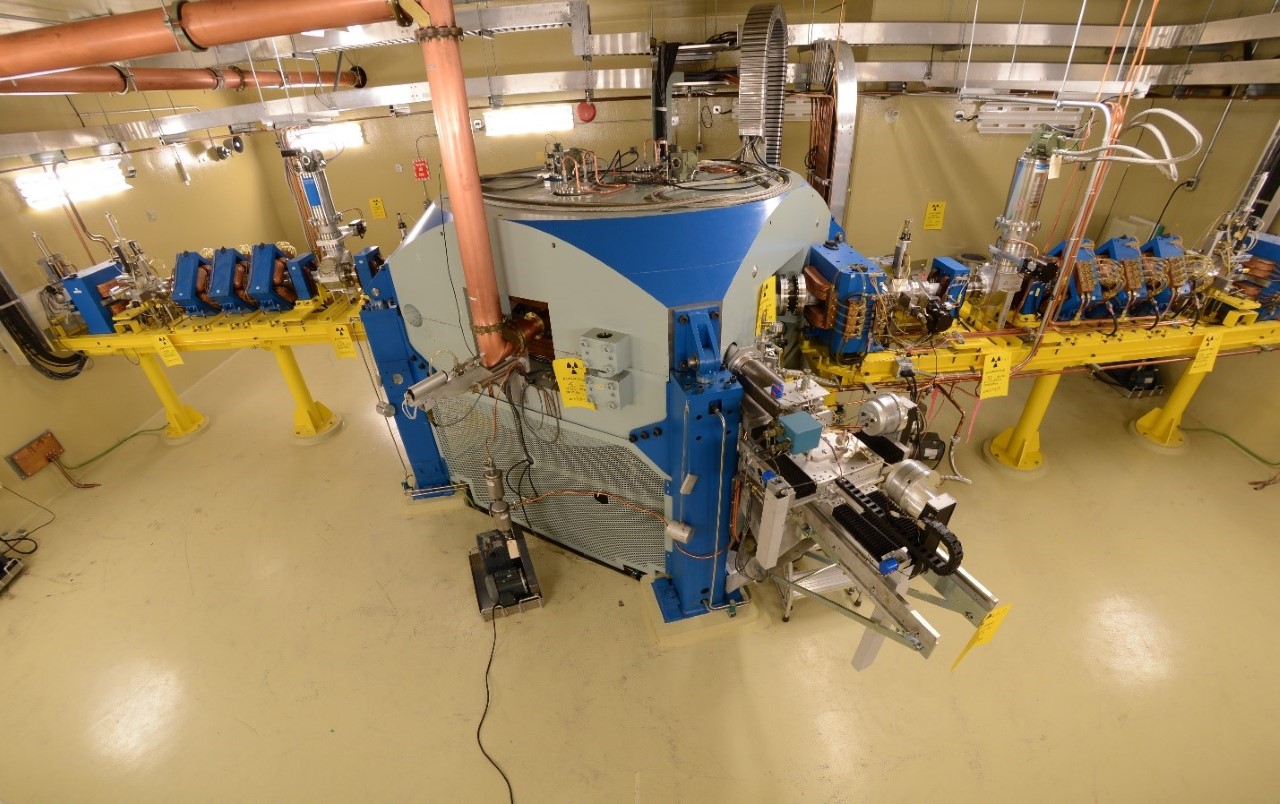 “ATG’s skilled operators, technicians, and engineers are proud to be a part of TRIUMF’s remarkable family, and to enable the production of approximately 35,000 patient-doses of critical, life-saving medical isotopes per week,” said Gabriel Cojocaru, P.Eng., Fellow of Engineers Canada and ATG Cyclotrons Operations Group Leader.

Throughout the 1990s and early 2000s, TRIUMF began shifting towards a new direction, focusing much of its organizational capacity on developing a science program centred around rare isotope research – studies that depend critically on the production of rare isotope beams. Facilities to house this science, from the targets in which isotopes are produced to post-target accelerators and experimental apparatus, took shape in the Isotope Separator and Accelerator (ISAC-I and II) experimental halls. These developments comprised a massive, lab-wide undertaking that called heavily on TRIUMF’s engineering community to complete.

Today, engineers at TRIUMF continue to provide invaluable leadership and support in many aspects of the research and accelerator programs across the laboratory. One example of this is TRIUMF’s Remote Handling group, a cohort of engineers, technicians, and others who develop and implement technologies for the handling of radioactive materials, an area of work that is critical to not only the ISAC experimental programs but to a variety of work undertaken by the lab’s accelerator, target, and experimental teams.

"Working as an engineer in a high-tech lab environment like TRIUMF has been an exciting and engaging experience for me, said Grant Minor, P.Eng and Group Leader of Remote Handling. “TRIUMF's diverse range of projects allows me to practice a mix of analysis, hands-on work, project management, and reporting, while constantly learning about a wide variety of applications. In contrast to the high-volume product industry where I came from, almost every device or machine at TRIUMF is unique and it is mandatory to exercise a balance of creativity and detail-oriented discipline to get the job done on time and on budget."

TRIUMF has become a lab in which research and engineering are uniquely interwoven; multidisciplinary approaches to solving the complex challenges of accelerator science have become ingrained in our DNA.

All of these efforts have not gone unnoticed. TRIUMF received an award from the Engineering Institute of Canada for its 125th anniversary (2011) as one of four organizations that contribute to engineering achievement in Canada. Similarly, the Institute of Electrical and Electronics Engineers (IEEE) has recognized TRIUMF’s main cyclotron as one of its Engineering Milestones.

“Engineers are one out of the many groups at TRIUMF that ultimately enable the production of science at TRIUMF,” said Sam McEwan, Mechanical EIT, Vacuum group. “Given a set of requirements and constraints for a specific scientific application, we will work alongside physicists, designers, and machinists to develop solutions to complex problems. This typically involves starting at first principles to develop a concept design to detailed design (including simulations, prototyping & testing) to fabrication. TRIUMF is a terrific group to be a part of as an engineer due to the multidisciplinary and novel problems that can only be found at a particle accelerator facility.”

In addition to contributing significantly to the lab’s scientific and research achievement, TRIUMF’s engineering community is also integral to the planning and implementation of many elements of TRIUMF’s Five-Year Plan 2020-2025 and its strategic vision for the future. 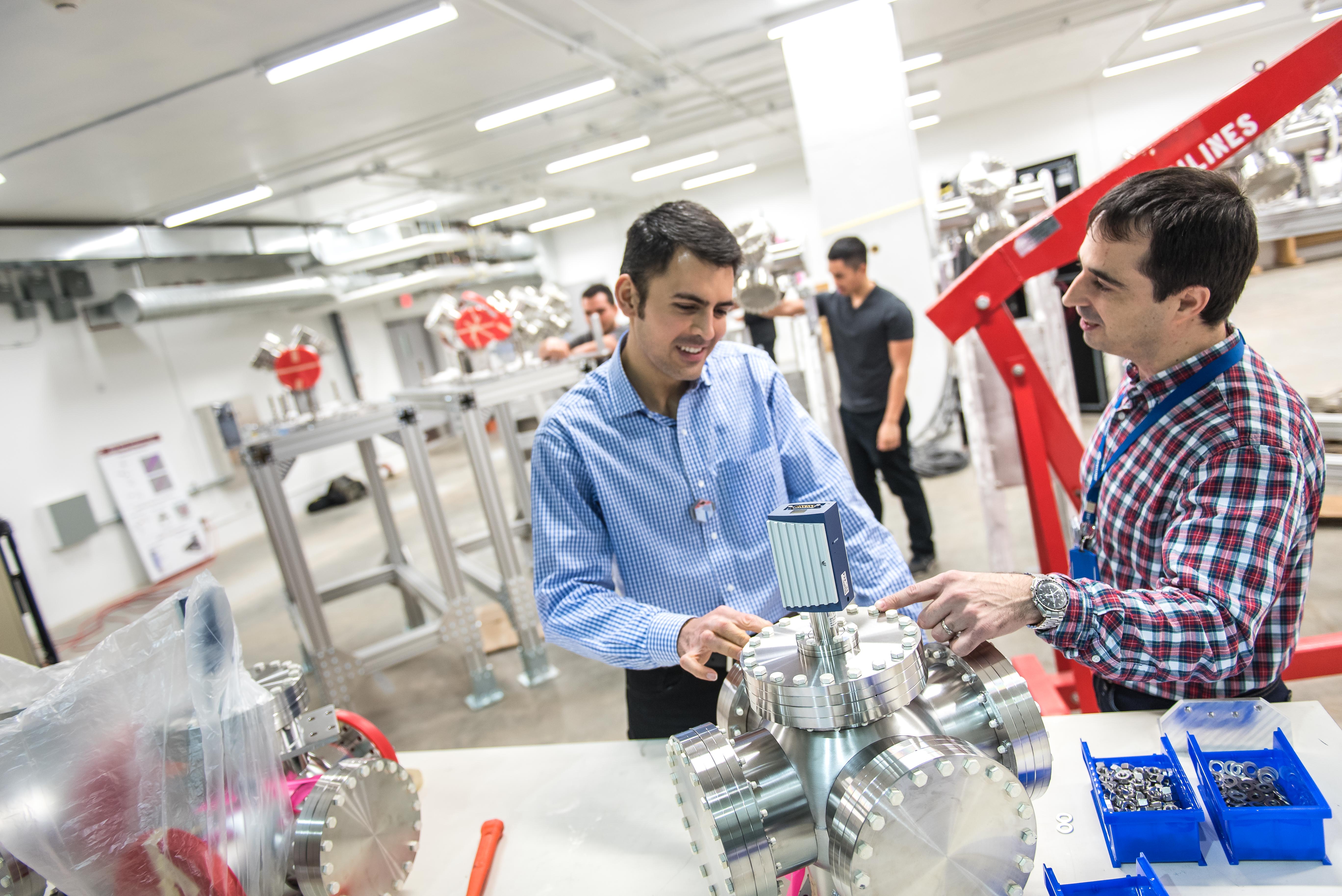 TRIUMF engineers have played a crucial role in the development of the Advanced Rare Isotope Laboratory (ARIEL), the lab’s future-facing multidisciplinary research facility. ARIEL’s design incorporates two new production targets (in parallel to the existing ISAC target station) as well as the world’s highest power electron linear (e-linac) accelerator for rare isotope production. ARIEL will enable world-class research on the nature of atomic nuclei, the origin of the heavy chemical elements, quantum materials and biomolecules, as well as medical isotopes for the imaging and treatment of disease. The facility’s development has relied heavily on TRIUMF engineers from a variety of callings at every stage, from design through to the commissioning, to build the world-leading accelerator and target infrastructure necessary to support TRIUMF’s science goals.

“Engineers impact the success at TRIUMF by contributing or leading important projects that are advancing the science,” said Aurelia Laxdal, P.Eng and Targets & Ion Sources Development engineer. “These are projects that touch on many areas at TRIUMF, including accelerator science, particle and nuclear physics, life sciences, medical isotopes and radiochemistry, and beyond. For me, working on projects that contribute to higher rare isotopes yields has been very rewarding, and is definitely one of the highlights of my engineering experience at TRIUMF.”

“I have greatly benefited from the immense knowledge of the TRIUMF community,” McEwan added. “Whenever I find myself lacking knowledge on a specific topic there is always someone in the five-hundred-strong community of TRIUMF employees who is there to share their knowledge and experiences. To have this available as an EIT is incredibly valuable.” 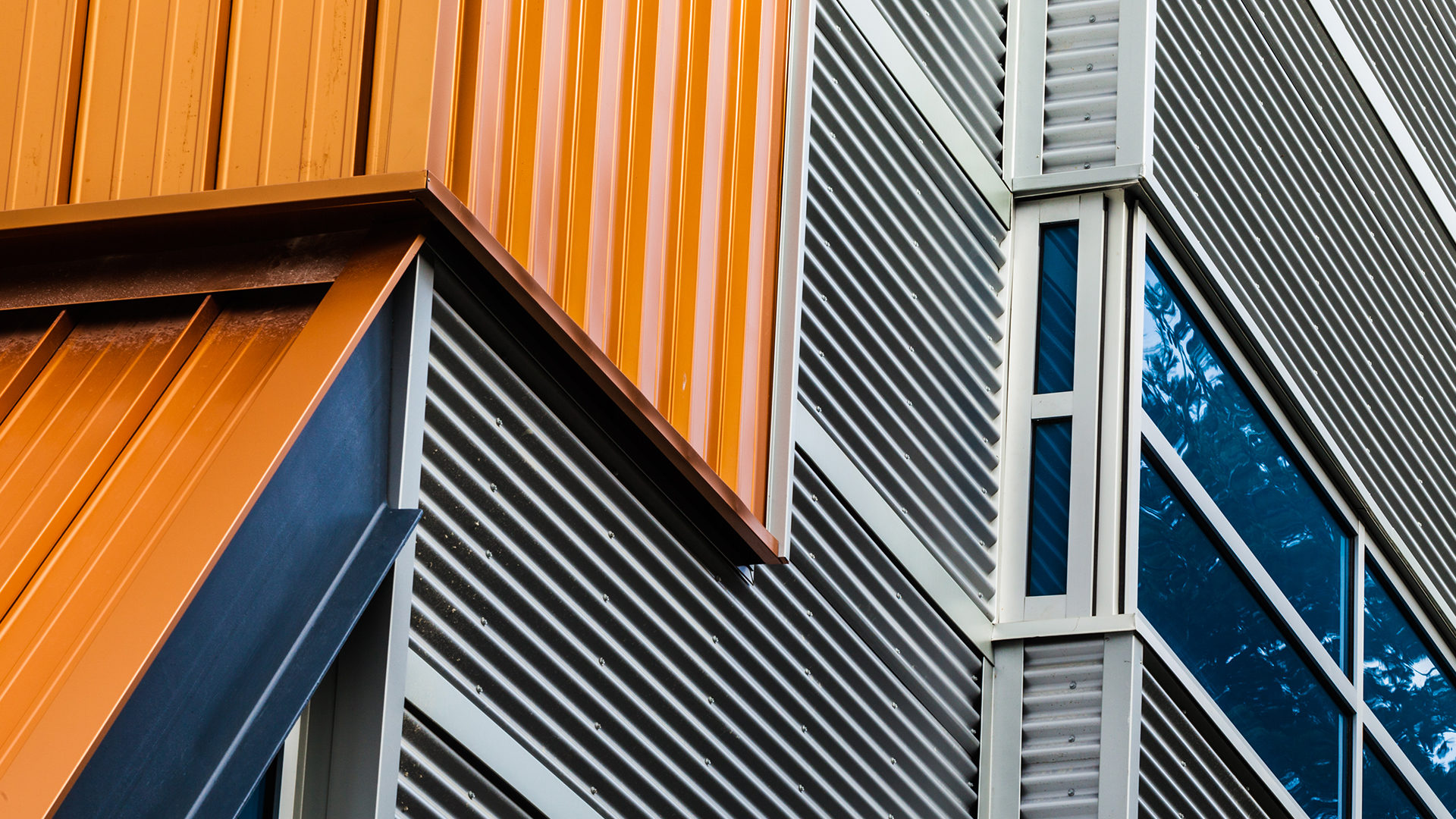 TRIUMF’s originators – the small but persistent community of students, professors, and engineers who first dreamt of a hub for subatomic physics on the west coast of Canada – demonstrated from the beginning that multidisciplinary collaboration between scientific research and engineering can spark innovative, world-leading ideas.

As we look back on the laboratory’s long track record of excellence in science, we recognize the critical contributions that engineers have made in driving progress at the lab and enabling TRIUMF to share the benefits of accelerator-based science with the world.