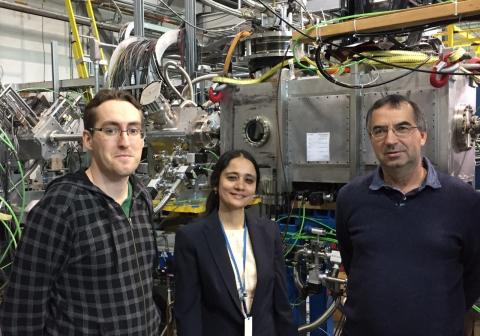 A research paper published June 28th. 2017 in Physical Review Letters is offering new insight into unraveling the mysteries of the strong nuclear force. Led by Saint Mary’s University, and in close collaboration with the TRIUMF theory group, the paper details a highly sensitive experiment at the ISAC Charged Particles Spectroscopy Station (IRIS) at TRIUMF that has shed light on previously unknown characteristics of the strong nuclear force.

The strong nuclear force, also called simply the strong force, is responsible for binding subatomic particles. It collates hadrons, of which protons and neutrons are a variety, as well as the constituent quarks that comprise protons and neutrons. Though the formation and composition of all matter in the Universe depend primarily on the strong force, many of its characteristics are still not fully understood. 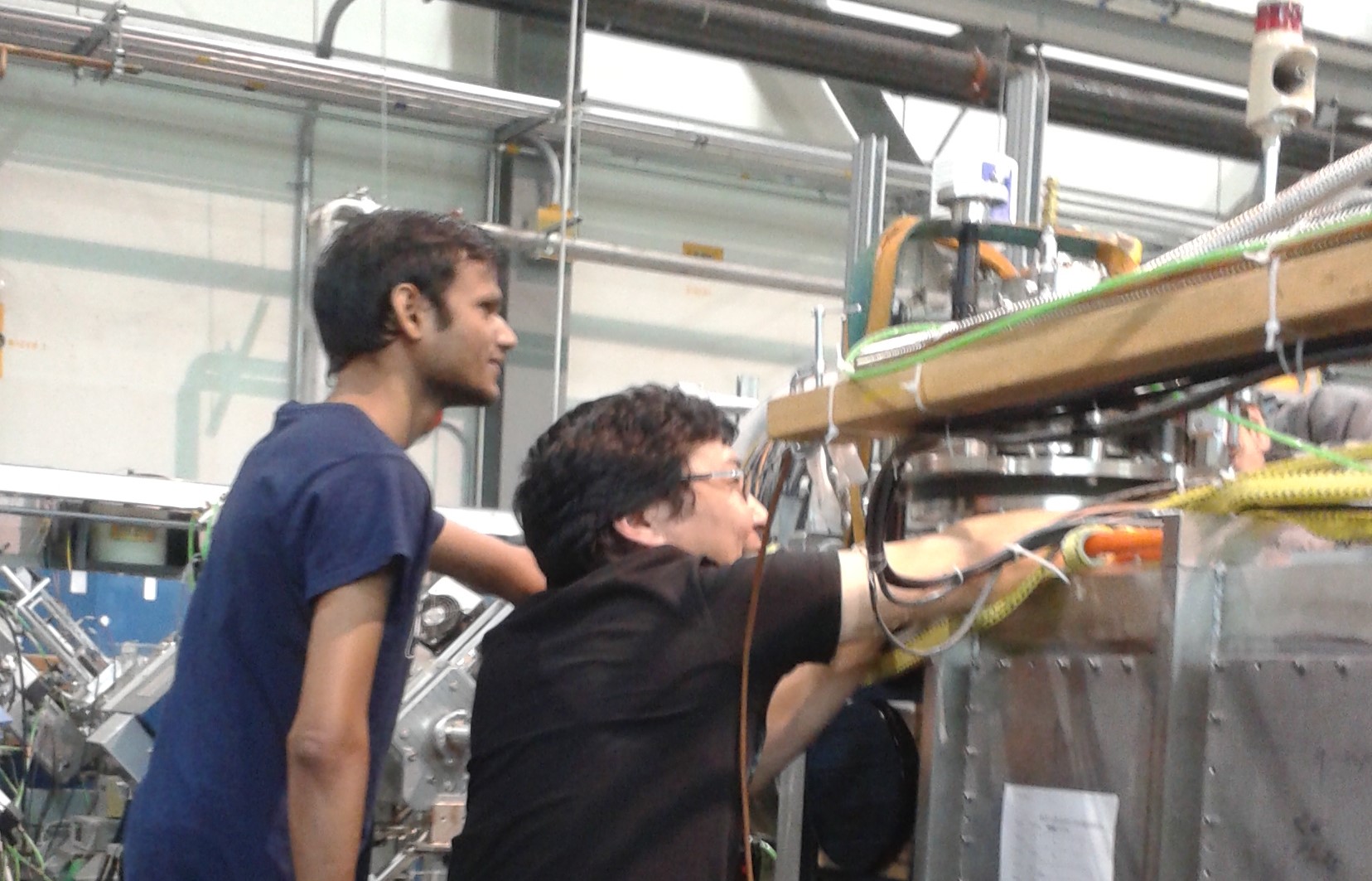 Above: Amit Kumar and Alisher Sanetullaev setting up the experiment.

The team analyzed the diffraction pattern of scattering of the exotic isotope 10C fol­lowing impact with an innovative, custom-made solid hydrogen target at IRIS. 10C is an invaluable tool to expose the finer details of the strong nuclear force because it sits at the proton drip-line- the edge of proton-rich bound nuclear isotopes. The paper demonstrated that, unlike highly stable carbon-12 (12C) and other naturally occurring elements, isotopes near the drip-line (like 10C) can amplify the less known features of the nuclear force in the scattering cross section. By comparing the new experimental results to theoretical predictions, the team was able to uncover a new and extremely sensitive probe of the nuclear force.

The research work is published in Physical Review Letters highlighted as Editor’s Suggestion and discussed in APS Physics Viewpoint.

The team would like to gratefully acknowledge research support from NSERC, the Canada Foundation for Innovation and Nova Scotia Research and Innovation Trust. TRIUMF receives funding via a contribution through the National Research Council of Canada.