TRIUMF science and accelerator programs galvanized with $3.2M from NSERC 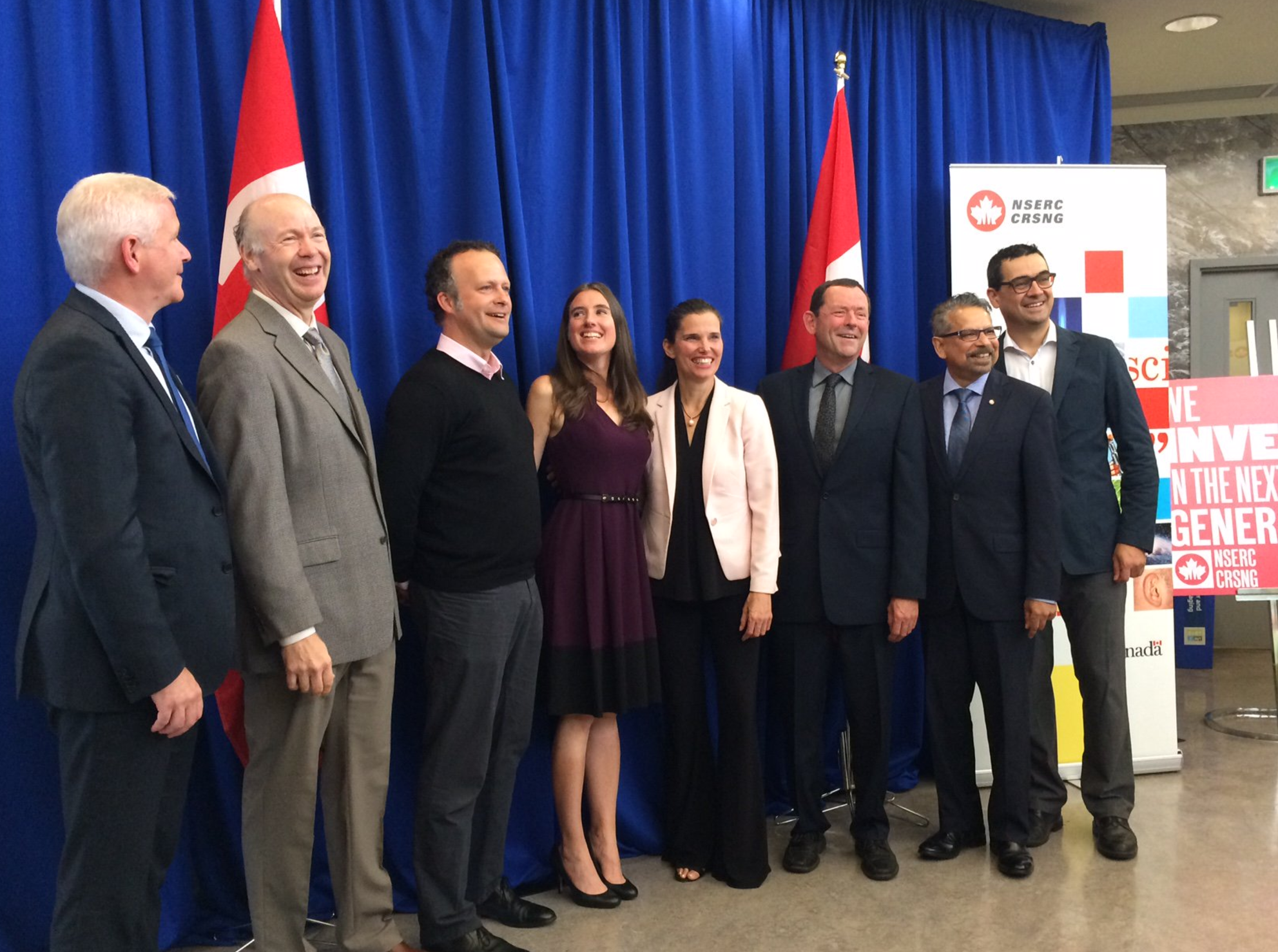 Revealed this morning by Canada’s Minister of Science Kirsty Duncan during a press event at the University of Victoria, as well as a series of parallel announcements at universities across the country, the funding contribution from NSERC will play a critical role in supporting TRIUMF’s position at the centre of cutting edge research in particle and nuclear physics and accelerator science.

The NSERC Discovery Grants funding also strengthens Canada’s leadership role in international science projects by supporting TRIUMF researchers involvement in experiments at CERN. Among the projects receiving funding were the ALPHA experiment, which has seen TRIUMF co-lead the first measurement of antimatter properties, and the TRIUMF components of the Canadian contribution to upgrading the ATLAS particle detector at the Large Hadron Collider (LHC).