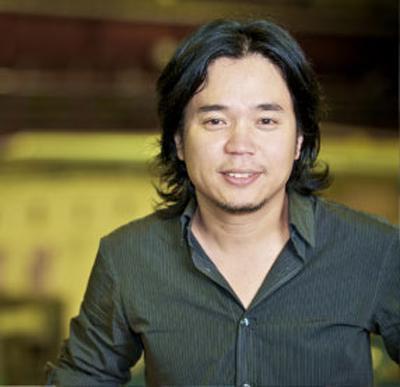 TRIUMF scientist and ALPHA-Canada spokesperson, Makoto Fujiwara, was recently awarded the 2011 John Dawson Award by the American Physical Society. Makoto was recognized for his role in “the introduction and use of innovative plasma techniques which produced the first demonstration of the trapping of antihydrogen." The award, named after American computational physicist John M. Dawson—inventor of the field of plasma acceleration—is bestowed upon scientists that make breakthroughs in the field of plasma physics. In 2011, that breakthrough was the ALPHA experiment at CERN.

Upon receiving the award, Makoto expressed his gratitude to the entire team for their hard work, saying, “The award recognizes the hard work of all of my colleagues in the past several years. I’m particularly grateful [for the] devoted efforts of my ALPHA-Canada colleagues and students, who made very significant contributions.” Not only was Makoto the sole recipient from TRIUMF, but the only Canadian to win the award in 2011.

The award was specifically given for the trapping of antihydrogen, which took place in November 2010. Since then, there have been a number of important breakthroughs involving ALPHA. In the middle of 2011 Makoto was the lead author of a paper that appeared in Nature Physics, in which it was revealed that the ALPHA team had trapped antimatter atoms for 16 minutes. In March 2012, another paper was published in Nature, this time revealing that ALPHA, with leadership from Canadian researchers, had “measured for the first time an intrinsic property of antimatter atoms.”

After three breakthroughs in a row, Makoto has no plans to slow down, saying, “The immediate future goal now is to achieve [the] first laser experiment on antihydrogen. For this, we are constructing an entirely new trap [called] ALPHA-2. TRIUMF's Cam Marshall is Lead Engineer of this project. For the longer term, I am interested in measuring gravitational interaction of antimatter. This is a very challenging experiment, but I'm excited about the possibility of being able to study if antimatter falls in the same way as matter does.”

Makoto has been working on antihydrogen physics since the beginning of the Antiproton Decelerator facility at CERN in 1999. In 2004, Dr. Fujiwara joined TRIUMF, Canada’s National Laboratory for Particle and Nuclear Physics in Vancouver, as a Research Scientist, and initiated significant Canadian involvement in the ALPHA experiment. Since then, he has been leading the Canadian group in ALPHA, and has been coordinating particle physics aspects of the experiment.

We at TRIUMF are very proud of Makoto’s leadership and accomplishments. This international recognition of his and Canada’s efforts is superb. Congratulations!

(With supplementary information from APS)