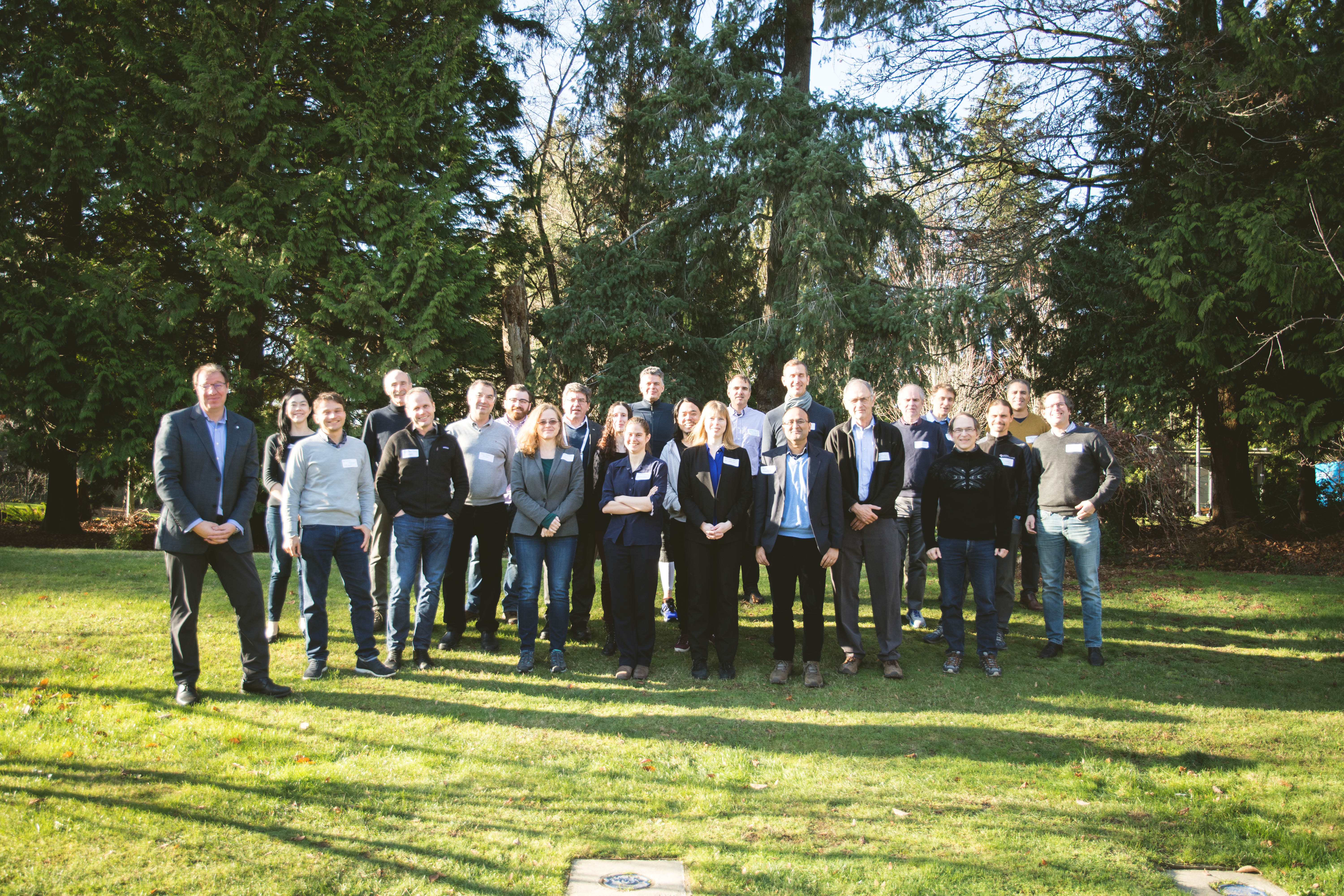 In Canada and at TRIUMF there are ample examples of cutting-edge developments in these sectors. These include photosensors and quantum technologies in the AMO sectors, and the operation of major user facilities, as is done at TRIUMF. Take, for example, the design for one of the leading candidates for a large-scale functional quantum computer - the ‘trapped ion quantum computer’, wherein a high-precision trap for charged atoms confines and suspends individual ions as a way to store information. As Canada’s particle accelerator, TRIUMF has many years of experience designing, building, and iterating on ion traps, essentially miniature accelerator systems, for nuclear physics, nuclear astrophysics, and other areas of fundamental science experiments.

There were also discussions about atomic clocks and single-photon detectors, as well as considerations for technical platforms for precision experiments in AMO.

These are just a few examples of the critical areas of overlap between the leading-edge technology developments and capabilities at TRIUMF and the needs of Canada’s growing network of quantum innovators.

Emerging from this retreat, TRIUMF looks forward to advancing collaborations and assisting our partners in making important progress on this exciting technology.