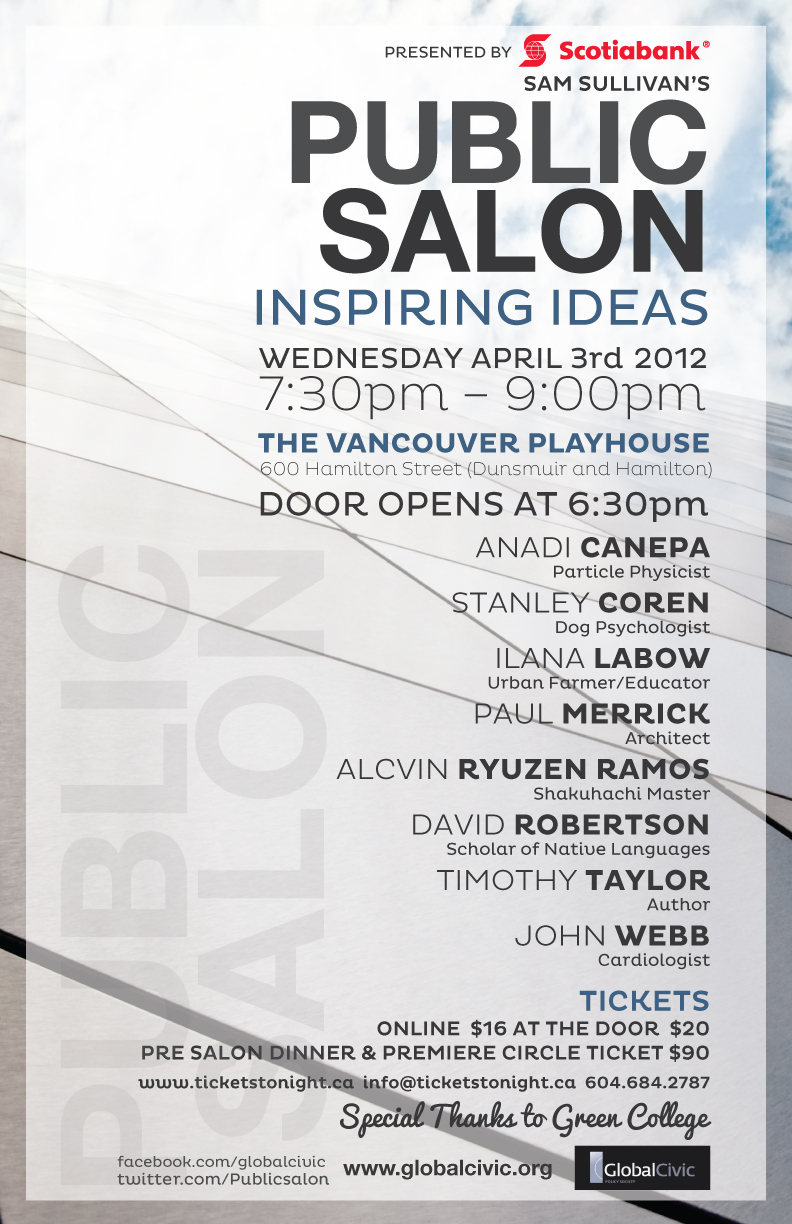 For 10 Years Global Civic Founder Sam Sullivan hosted private salons over dinner with about 10 invited guests from a broad cross-section of the community. His friend and mentor Prof. Abraham Rogatnick was a frequent guest and just before he died he urged Sullivan to bring the benefits of the salon to a broader public. As a tribute to his friend Abraham, Sullivan decided to do just that. The Public Salon presents public policy ideas and promotes public discussion of them. The Public Salons have been attracting audiences of over 500 to the Vancouver Playhouse.

The Public Salons originated from dinner gatherings hosted by Sam Sullivan and Lynn Zanatta for over a decade. These dinners were attended by up to 10 people from very different walks of life who each spent 5 to 10 minutes speaking about something they were passionate about.

One of the few regulars at these dinners was friend and mentor Prof. Abraham Rogatnick who was the first to recognize that these dinner gatherings were actually salons. Salons came from 18th-century France and featured a cross-section of French society that would gather to discuss ideas. The impact on society was literally revolutionary!

Prof. Rogatnick often encouraged Sam to bring the benefits and pleasures of the salon to a broader public. It wasn’t until after Abraham passed away that Sam and Lynn committed to fulfilling the wish of their friend. And so was born the idea of the Public Salon.