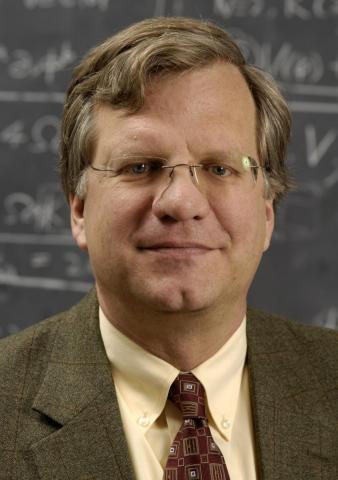 (Vancouver, BC) – After a seven month, highly competitive, international search for TRIUMF’s next director, the laboratory’s Board of Management announced today that Dr. Jonathan Bagger, Krieger-Eisenhower Professor, Vice Provost, and former Interim Provost at the Johns Hopkins University, will join TRIUMF this summer as the laboratory’s next director.

TRIUMF is Canada’s national laboratory for particle and nuclear physics, focusing on probing the structure and origins of matter and advancing isotopes for science and medicine.  Located on the campus of the University of British Columbia, TRIUMF is owned and operated by a consortium of 18 leading Canadian universities and supported by the federal and provincial governments.

Bagger was attracted to TRIUMF because, “Its collaborative, interdisciplinary model represents the future for much of science.  TRIUMF helps Canada connect fundamental research to important societal goals, ranging from health and safety to education and innovation.”  Noting TRIUMF’s new strategic plan that recently secured five years of core funding from the Government of Canada, he added, “It is an exciting time to lead the laboratory.”

Bagger brings extensive experience to the job.  Professor Paul Young, Chair of TRIUMF’s Board of Management and Vice-President of Research and Innovation at the University of Toronto, said, “Jon is an outstanding, internationally renowned physicist with a wealth of leadership experience and a track record of excellence.  He is a welcome addition to Canada and I am confident that under his tenure, TRIUMF will continue to flourish.”

Jim Hanlon, Interim CEO/Chief Administrator Officer of TRIUMF and President and CEO of Advanced Applied Physics Solutions Inc., welcomed the news.  He said, “The laboratory has been shaped and served greatly by its past directors.  Today the need continues for an extraordinary combination of vision, leadership, and excellence.  Jon will bring all of this and more to TRIUMF.  On behalf of the staff, we’re excited about moving forward with Jon at the helm.”

Bagger expressed his enthusiasm in moving across the border to join TRIUMF as the next director. “TRIUMF is known internationally for its impressive capabilities in science and engineering, ranging from rare-isotope studies on its Vancouver campus to its essential contributions to the Higgs boson discovery at CERN.  All rest on the legendary dedication and commitment of TRIUMF’s researchers and staff.  I look forward to working with this terrific team to advance innovation and discovery in Vancouver, in Canada, and on the international stage.”

Bagger will lead the laboratory for a six-year term beginning July 1.  He reports he is ready to go:  “I have installed a metric speedometer in my car, downloaded the Air Canada app, and cleansed my home of all Washington Capitals gear.”

About Jonathan A. Bagger

Jonathan A. Bagger was appointed Vice Provost for Graduate and Postdoctoral Programs at Johns Hopkins University on March 1, 2008.  A faculty member since 1989, he spends a third of his time as Krieger-Eisenhower Professor of Physics and Astronomy in the university’s Krieger School of Arts and Sciences.  He served as the university’s Interim Provost and Senior Vice President for Academic Affairs from 2012 to 2013.

Bagger’s research centers on high-energy physics at the interface of theory and experiment. Together with Julius Wess, he is the author of the monograph Supersymmetry and Supergravity. Dr. Bagger has twice been a member of the Institute for Advanced Study.  He served as chair of the International Linear Collider Steering Committee, as vice chair of the U.S. Department of Energy/National Science Foundation High Energy Physics Advisory Panel, and as a member of the U.S. National Research Council’s Board on Physics and Astronomy.  He has served on the Fermilab Board of Overseers, the SLAC Scientific Policy Committee, the Space Telescope Institute Council, and the Board of Directors of the National Space Biomedical Research Institute.  He is a fellow of the American Physical Society and the American Association for the Advancement of Science.

Bagger graduated from Dartmouth College in 1977. After a year at the University of Cambridge as a Churchill Scholar, he continued his graduate study at Princeton University. He received his Ph.D. in 1983 and took a postdoctoral research position at the Stanford Linear Accelerator Center. From 1986 to 1989, he was Associate Professor at Harvard University.

–Taken from a TRIUMF Press Release.