TRIUMF offers a unique environment for graduate students to develop their skills.

TRIUMF hosts about three dozen graduate students resident at the lab, plus many others who are visiting, from across Canada and around the world. Our graduate students work in diverse fields, such as particle and nuclear physics experiment or theory, accelerator technology, detector development, molecular and material science, and nuclear medicine. Students can visit TRIUMF with their supervisors, or they can be resident at TRIUMF under the supervision of a laboratory research scientist.  Although TRIUMF is not a degree-granting institution, our research scientists are affiliated with universities with whom students can obtain their degrees.

The scientists listed below are actively recruiting students or are interested in doing so. Students should contact the scientists directly for further details on their thesis opportunities. Research Summary:
The goal of my research is the description of atomic nuclei from the first principles or ab initio. That is, I want to understand properties of nuclei from the basic interactions between nucleons. Together with my collaborators, I recently introduced a new ab initio many-body approach capable of describing simultaneously both bound and scattering states in light nuclei. Within this approach, named no-core shell model with continuum, we can study structure of exotic halo nuclei such as 6He and 11Be that have been investigated at TRIUMF experimentally, describe radiative-capture reactions such as 3He(α,g)7Be important for astrophysics or compute the deuterium-tritium fusion relevant for fusion energy research. I am also active in studies of chiral three-nucleon (3N) forces. I was one of the first who demonstrated importance the 3N forces for nuclear structure. Research Summary:
My research program investigates the elementary consituents of nature and the fundamental forces through which they interact.  This includes studies of new phenomena that could be discovered in high energy particle colliders such as the LHC or lower energy laboratory experiments of very high precision.  Other topics include studies of the nature of dynamics dark matter and the origin of the excess of matter over antimatter in the early universe. Research Summary:
My research focuses on the energy fron.er in par.cle physics. We study the fundamental building blocks of nature and their interactions. In 2012 the ATLAS and CMS experiments announced the discovery of the Higgs boson. We have worked on various characterizations of the Higgs boson in terms of establishing and measuring production modes and decay properties. I am also interested in direct searches for new physics at very high mass, in particular searches for new resonances. I contribute to the upgrades of ATLAS detector. Research Summary:
Does the standard model weak interaction explain all nuclear beta decay phenomena and parity-violating effects in atomic transitions? Do neutrinos always have the same helicity? We make precision measurements with atomic and nuclear experimental techniques to find out. An example is reconstruction of the neutrino momentum from all other products of laser-trapped beta-decaying isotopes. Research Summary:
EMMA is a recoil mass spectrometer that separates the products of nuclear reactions from the beam and disperses them according to their mass/charge ratios in a focal plane. Its scientific program includes the study of radiative capture and transfer reactions for nuclear astrophysics and fusion reactions for nuclear structure. EMMA is now undergoing the final stages of commissioning. In November 2017, EMMA accepted its first radioactive beam, 24Na, which was used to induce fusion evaporation reactions on a Cu target; fusion products with atomic masses from 80-85 were detected and resolved in a single spectrometer setting, a promising start. 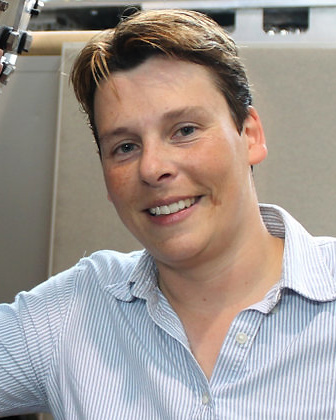 Research Summary:
My research program is focussed on the investigation of decay properties (half-lives, neutron-branching ratios) and the nuclear structure of neutron-rich nuclei. About half of the elements heavier than iron are created explosive astrophysical scenarios like merging neutron stars and during the core collapse of a massive star. We are investigating many of these nuclei that are produced during these scenarios at Radioactive Beam Facilities like TRIUMF's ISAC facility or at the RIKEN Nishina Center in Japan.

At the ISAC facility at TRIUMF we are performing precision spectroscopy
with our new Gamma-Spectroscopy array GRIFFIN (https://griffin.triumf.ca/). At RIKEN in Japan we use the BRIKEN setup (https://inte.upc.edu/en/news/briken-project-in-nuclear-physics-news) to measure how and how fast the most exotic neutron-rich nuclei decay- many of these nuclei have been measured for the first time. Research Summary:
My research topics are focused on developments for rare isotope beam preparation and post acceleration. That comprises beam optics elements and beam dynamics, high charge state ion sources like the EBIS and the ECRIS used as charge state booster, as well as aspects of beam instrumentation. The challenge for the EBIS is the efficient injection into the electron beam, which need to have a sufficient acceptance and the injection system must be optimized with respect to the focusing elements sued. Extraction and beam formation of highly charged ions from an ECRIS is a challenge, because the extraction system is embedded in the strong magnetic fringe field of the solenoids. To increase the beam quality, a scheme is proposed that employs the decoupling of the phase spaces via skew quadrupoles.

Modern linear accelerators, like ISAC-I, use H-type structures for efficient acceleration. These structures can run pulsed or in cw-mode. H-type structures become most efficient by using the KONUS and EQUUS beam dynamics, depending on the task. Higher gradients are envisaged, by surface preparation similar to superconducting structures. Short demonstrator cavities can be used for flexible post acceleration purposes. In addition, a detailed understanding of the beam physics in those structures is a hot topic in the field. There is an immediate thesis opportunity to join the dynamic and fast-growing Life Sciences group at TRIUMF and work on various aspects of the production of medical radionuclides for imaging and therapy, as well as be involved in the testing and application of radiopharmaceuticals based on these radionuclides with national and international partners. 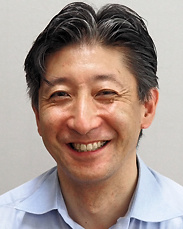 Research Summary:
Material Science is usually in a small laboratory scale, in which they try to find new properties and functions of a newly synthesized material or an artifitial structure of known materials. TRIUMF is at the special position in Material Science: it is the only facility in North America where characterization of such new properties and functions may be possible with the muon beam and the spin-polarized unstable nuclei beam, such as 8Li. Both of the probe beams are good at investigation of magnetism, superconductivity and electronic property via the spin relaxation phenomena inside the matter; given the orders of magnitude different natural life-time of the particles (positive muon: 2.2 µsec and 8Li: 1.2 sec), the phenomena in focus for spin relaxation mechanisms are different between these two probes and thus being complementary with each other.

One of the focused material in our group research is wide-gap semiconductors, such as ZnO and In-Ga-Zn-O (IGZO), the latter of which has already been used as Thin Film Transistors (TFT's) of display devices. The roles of hydrogen are completely different from those in conventional semiconductors (such as Si and GaAs), where hydrongen usually makes the semiconducting properties worse. In IGZO, inclusion of hydrogen improves the semiconducting properties, such as the mobility of carriers and the sharpness of the TFT switching. Positive muon works as a light isotope of hydrogen and serves as a strong tool to investigate the hydrogen behaviour in semiconductors in the dilute limit. We have started such investigations already. 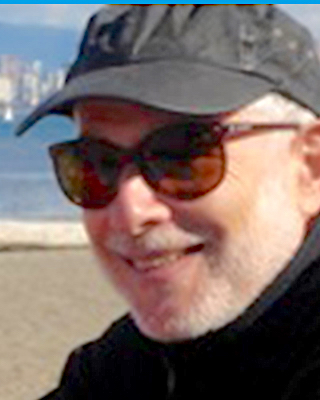 Research Summary:
My research group focuses on rare particle decays of muons, pions, and kaons, and searches for new physics effects related to the particle physics generation puzzle, the seemingly redundant three-fold replication of each type of fundamental particle.   We have also been involved in advanced radiation detector instrumentation development for high energy physics and applied physics. 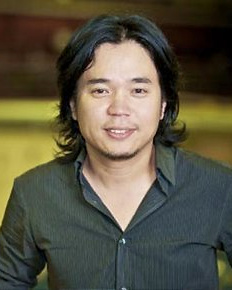 Research Summary:
For the past two decades, I have been working on antihydrogen, antimatter counter part of hydrogen. We participate in the ALPHA project, an international project located at CERN. Our current focus includes precision laser and microwave spectroscopy of antihydrogen, a new experiment to measure the gravitational free fall of antimatter (ALPHA-g), development of new techniques in antimatter physics, such laser cooling, anti-atomic fountain, and anti-atom interferometer. As well, we are involved in development of new antimatter detectors, and new methods of analysis such as machine learning. 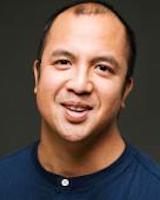 Research Summary:
We are part of the neutrino experiments in Japan: T2K, Super-Kamiokande, and Hyper-Kamiokande. We are searching for CP violation in accelerator beam and atmospheric neutrino oscillations, a potentially significant piece of the matter-antimatter asymmetry puzzle of the universe. Furthermore, Super-K and Hyper-K are sensitive to nucleon decay (constraining GUTs), supernovae, and other multi-messenger astronomy. To facilitate these studies, we are leading the development of several projects: 1) new high-resolution photosensors for Hyper-K, 2) water Cherenkov detector calibration including a robotic photosensor test facility, photogrammetry, and a test beam experiment at CERN, 3) event reconstruction using machine learning, and 4) a hadron production experiment at Fermilab for constraining neutrino flux predictions.