The New Small Wheel (NSW) will enable continued triggering on muons with a low momentum threshold that is essential to the ATLAS physics program. Along with Micromegas, the NSWs will be equipped with eight layers of small-strip thin gap chambers arranged in multilayers of two quadruplets, for a total active surface of more than 2500 m2. All quadruplets have trapezoidal shapes with surface areas up to 2 m2. To retain the good precision tracking and trigger capabilities in the high background environment of the high luminosity LHC, each sTGC plane must achieve a  spatial resolution better than 100 μm to allow the Level-1 trigger track segments to be reconstructed with an angular resolution of approximately 1 mrad. 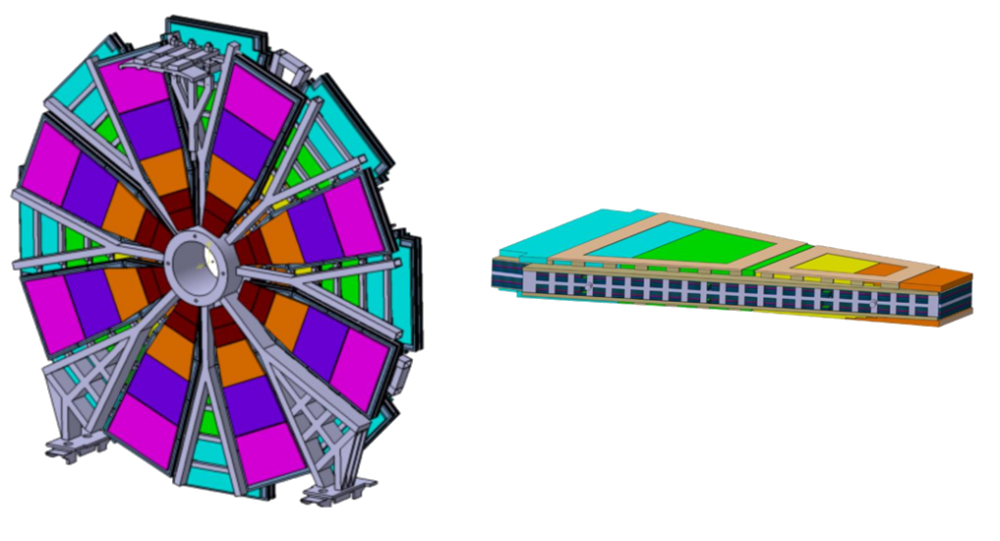 The basic sTGC structure consists of a grid of gold-plated tungsten wires sandwiched between two resistive cathode planes at a small distance from the wire plane. The precision cathode plane has strips with a 3.2mm pitch for precision readout and the cathode plane on the other side has pads for triggering. The position of each strip must be known with an accuracy of 40 µm along the precision coordinate and 80 µm along the beam. On such large area detectors, the mechanical precision is a key point and then must be controlled and monitored all along the process of construction and integration. 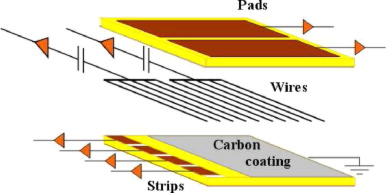 TRIUMF is contributing to the upgrade of the ATLAS NSW detector with a consortium of five Canadian Universities (Carleton, McGill, Montreal, SFU, and Victoria).

The technology is based on fast small-strip Thin Gap Chambers (sTGC) that allow fast and precise online triggering. Canada is building one-quarter of the chambers. TRIUMF is responsible for coating the inner surfaces of the boards with a resistive graphite-resin mixture, and for assembly of detector half-gaps.

TRIUMF personnel carry out quality control at the mainsupplier of cathode boards at Triangle Labs in Nevada. Production of detector half gaps is well underway at TRIUMF. Several small sector quadruplets have been completed at Carleton and chambers have been shipped to McGill for cosmic ray testing and to CERN for tests with beam.

In parallel, work has been ongoing setting up the detector integration and assembly into detector wedges at CERN.