Since 1995, TRIUMF has built up several beamlines that provide low-intensity, energetic proton and neutron beams to simulate radiation exposures either in space or terrestrial environments. Even at low intensity, several minutes of exposure in these beams can simulate years of operation in space, air, or ground, effectively allowing users to perform accelerated testing of electronics components in the radiation conditions present in those environments. 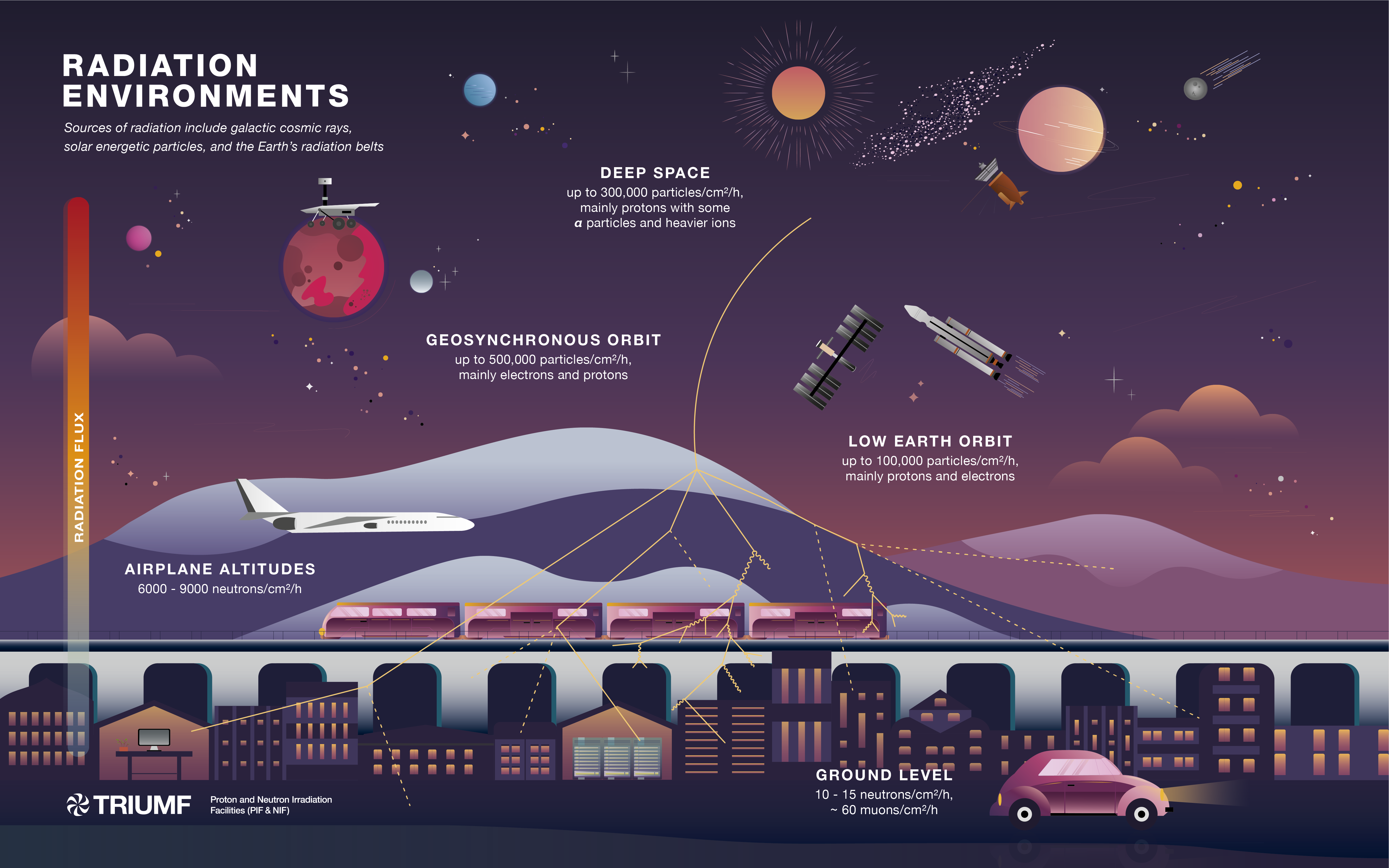 TRIUMF's proton- and neutron irradiation facilities (PIF & NIF) have become recognized as premier test sites for space-radiation effects using protons and neutrons, which are created from the proton beams. The resulting neutron-energy spectrum is similar to that found at aircraft altitudes and at ground level, making it ideal for neutrons testing. 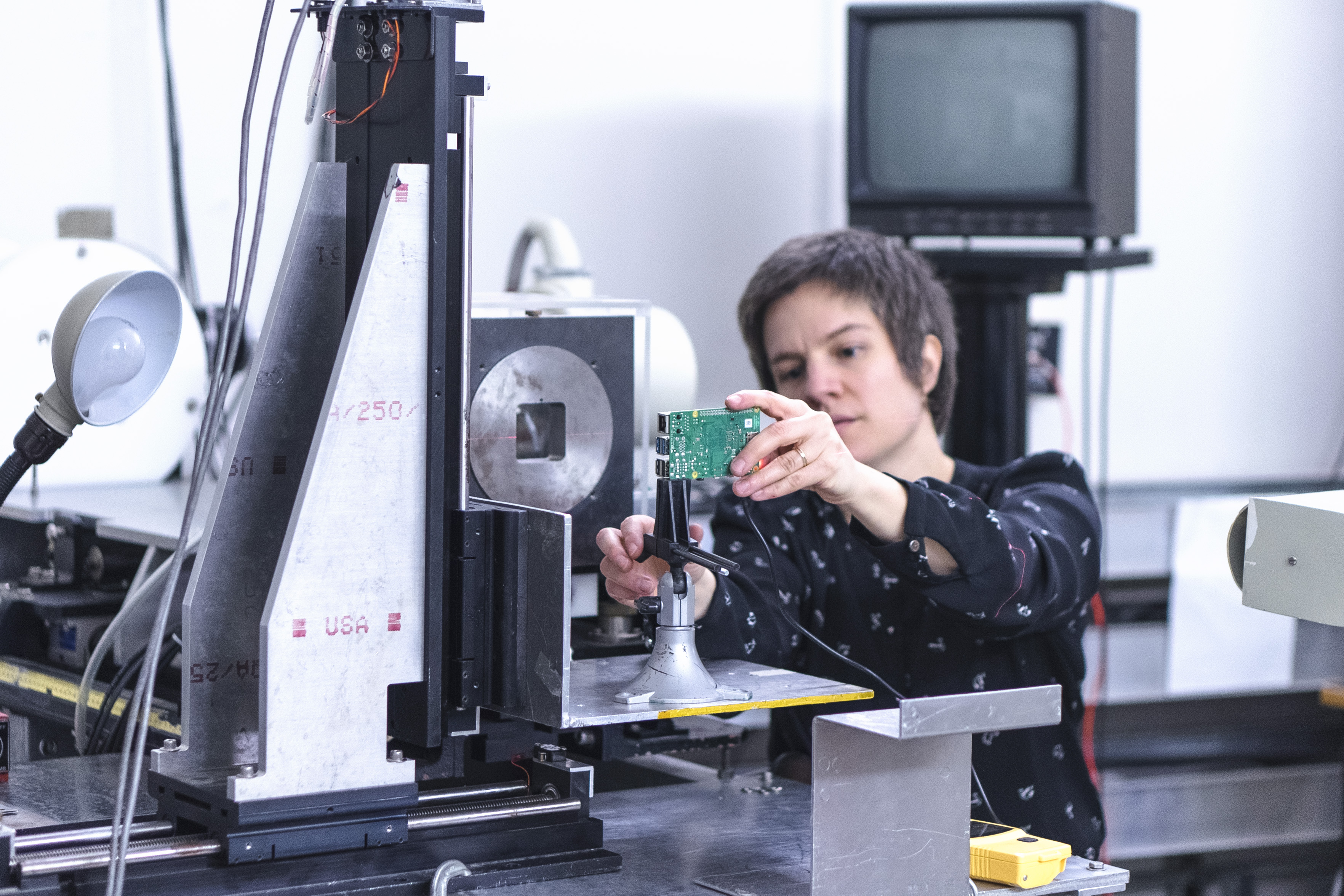 PIF & NIF use beams of protons and neutrons to allow users to quickly simulate weeks, months, or years in specific radiation environments

A large fraction of the proton irradiation facility users are Canadian space-related companies such as MDA Corporation, while neutron use is primarily by international companies for avionics, microelectronics and communications equipment, such as The Boeing Company or Cisco Systems, Inc.

Each year about 195 users from about 45 companies, laboratories, or universities test electronics or materials with the TRIUMF beams. Commercial users buy beamtime by the hour for component testing and qualification while researchers are provided free access to PIF & NIF for studies of radiation effects when formally approved by the TRIUMF Experiment Evaluation Committee.

TRIUMF is a partner facility in RADNEXT, an H2020 INFRAIA-02-2020 infrastructure proposal with the objective of creating a network of facilities and related irradiation methodology for responding to the emerging needs of electronics component and system irradiation.  Details of the proposal can be found at:  https://radnext-network.web.cern.ch/

Between 1995 and 2018, one of the facility's beamlines was also used for the cancer treatment of ocular melanoma at the Proton Therapy Research Centre.  More than 200 patients were treated at the facility which was operated in conjunction with the BC Cancer Agency and the UBC Department of Ophthalmology. 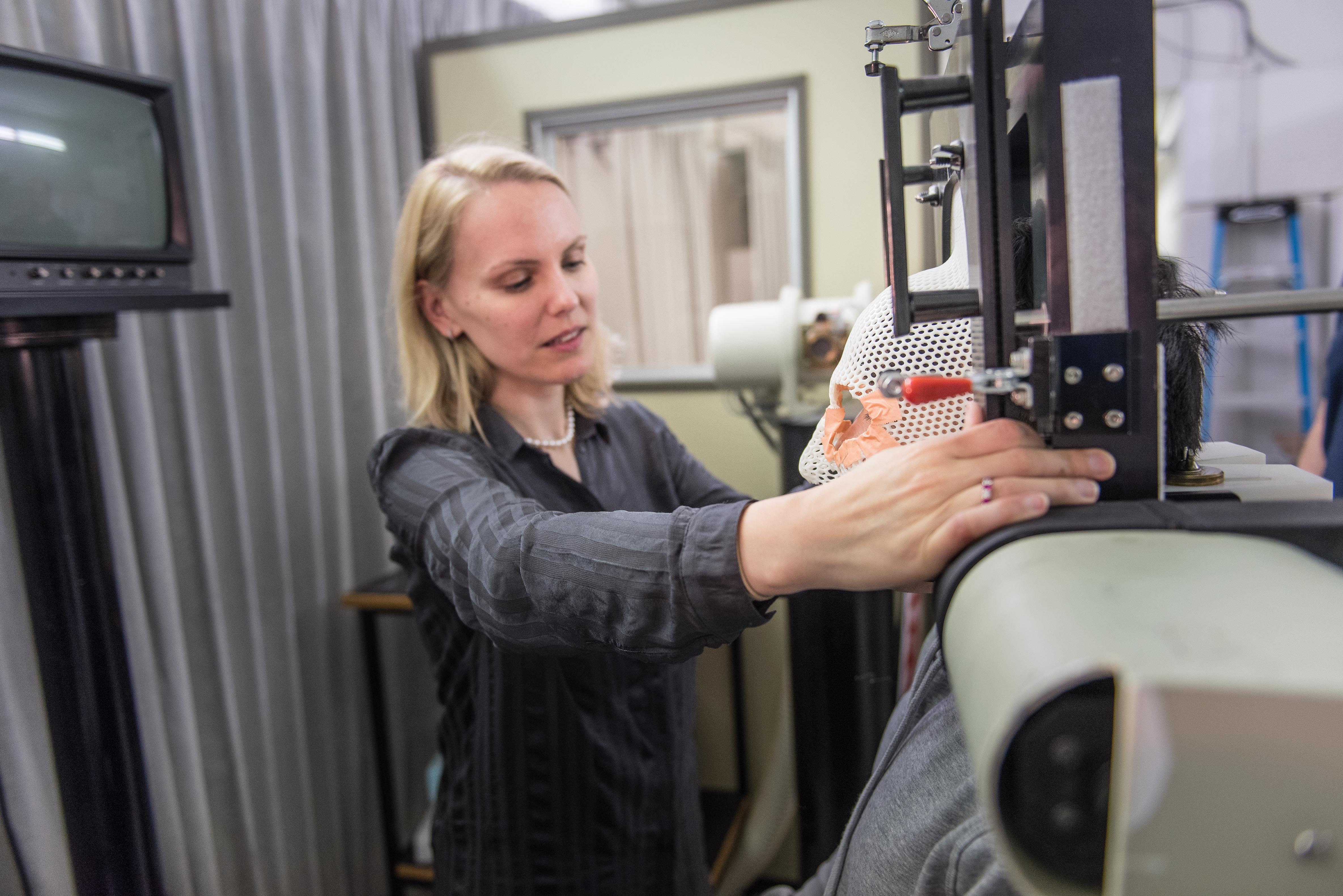 The Proton Therapy Research Centre uses a stepped-down, lower-energy beam of protons from the main 520MeV cyclotron that was formerly used to treat ocular melanomas.