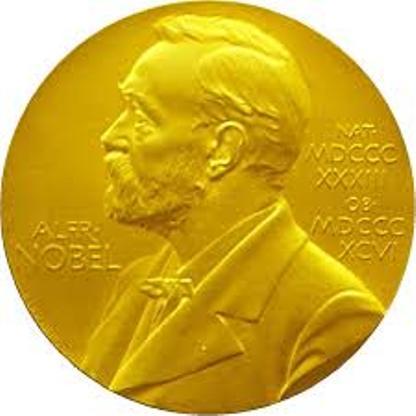 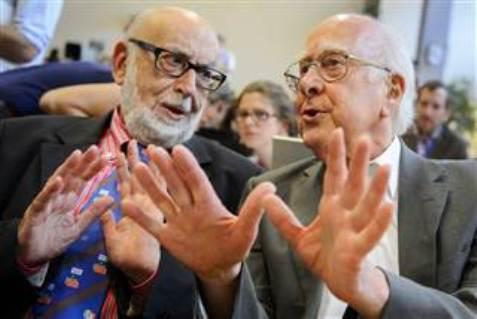 (Vancouver, BC) --- The Royal Swedish Academy of Sciences today awarded the Nobel Prize in physics to Professor Peter W. Higgs (Univ. of Edinburgh) and Professor François Englert (Univ. Libre de Bruxelles) to recognize their work developing the theory of what is now known as the Higgs field, which gives elementary particles mass.  Canadians have played critical roles in all stages of the breakthrough discovery Higgs boson particle that validates the original theoretical framework.  Throngs across Canada are celebrating.

More than 150 Canadian scientists and students at 10 different institutions are presently involved in the global ATLAS experiment at CERN.  Canada’s national laboratory for particle and nuclear physics, TRIUMF, has been a focal point for much of the Canadian involvement that has ranged from assisting with the construction of the LHC accelerator to building key elements of the ATLAS detector and hosting one of the ten global Tier-1 Data Centres that stores and processes the physics for the team of thousands.

“The observation of a Higgs Boson at about 125 GeV, or 130 times the mass of the proton, by both the ATLAS and CMS groups is a tremendous achievement,” said Rob McPherson, spokesperson of the ATLAS Canada collaboration, a professor of physics at the University of Victoria and Institute of Particle Physics scientist. “Its existence was predicted in 1964 when theorists reconciled how massive particles came into being.  It took almost half a century to confirm the detailed predictions of the theories in a succession of experiments, and finally to discover the Higgs Boson itself using our 2012 data.”

The Brout-Englert-Higgs (BEH) mechanism was first proposed in 1964 in two papers published independently, the first by Belgian physicists Robert Brout and François Englert, and the second by British physicist Peter Higgs. It explains how the force responsible for beta decay is much weaker than electromagnetism, but is better known as the mechanism that endows fundamental particles with mass. A third paper, published by Americans Gerald Guralnik and Carl Hagen with their British colleague Tom Kibble further contributed to the development of the new idea, which now forms an essential part of the Standard Model of particle physics. As was pointed out by Higgs, a key prediction of the idea is the existence of a massive boson of a new type, which was discovered by the ATLAS and CMS experiments at CERN in 2012.

The next step will be to determine the precise nature of the Higgs particle and its significance for our understanding of the universe. Are its properties as expected for the Higgs boson predicted by the Standard Model of particle physics? Or is it something more exotic? The Standard Model describes the fundamental particles from which we, and every visible thing in the universe, are made, and the forces acting between them. All the matter that we can see, however, appears to be no more than about 4% of the total. A more exotic version of the Higgs particle could be a bridge to understanding the 96% of the universe that remains obscure.

TRIUMF salutes Peter Higgs and François Englert for their groundbreaking work recognized by today’s Nobel Prize and congratulates the international team of tens of thousands of scientists, engineers, students, and many more from around the world who helped make the discovery.

For more information on the Higgs discovery, please see: