A recent study at GSI Darmstadt led by one of TRIUMF's contributing scientists, Rituparna Kanungo of Saint Mary's University, has revealed further evidence for a new doubly-magic nucleus at the limit of nuclear existence in neutron-rich isotope oxygen-24 (24O).

Keen to discover how nucleons were arranged, scientists set out over fifty years ago to study the structure of the naturally occurring elements present on earth. It was observed that nuclei with certain specific numbers of protons or neutrons showed extra strong binding and at these numbers there were noticeable energy-gaps in the proton or neutron configurations. The special character of these specific nucleon numbers was found to hold for different isotopes as long as they had that particular number of neutron or proton. From these observations, scientists found that the nucleon numbers 2, 8, 16, 20, 28, 50, 82, and 126 exhibited this special behavior. They termed this set as "magic numbers". Nuclei with magic nucleon numbers were also found to be highly abundant in our solar system.

The existence of these magic numbers gave birth to the view that the nucleons in a nucleus are arranged in discrete orbitals (see Figure 1), like our planetary system, which eventually led to the formulation of the nuclear shell model. The magic numbers are locations where nucleons in the nuclei completely fill certain groups of orbitals at 2, 8, 16, 20, 28, 50, 82, and 126. This set has formed the basic pillar of nuclear science and was believed to hold true over the entire map of nuclei. Nuclei that have either the proton or neutron number equal to one such magic number are thus termed magic nuclei; doubly-magic nuclei are those with shell closures for both protons and neutrons. There are only a few doubly-magic nuclei in the vast sea of thousands of nuclei existing in our universe. Conventional doubly-magic nuclei are: helium-4 (4He), oxygen-16 (16O), calcium-40 (40Ca), calcium-48 (48Ca), nickel-48 (48Ni), and lead-208 (208Pb).  "It's thanks to the doubly-magic numbers that nuclei such as oxygen and calcium are abundant making it possible for us to exist on earth," explained Kanungo.

Recent studies have, however, shown that these magic numbers are not quite as immutable as once believed and that conventional magic numbers disappear in very neutron- or proton-rich regions. "This does not mean that shell structure is dissolved," said Kanungo. "On the contrary, new nucleon numbers seem to show magic (or shell closure) characteristics." In an earlier work, Kanungo and co-workers suggested that oxygen-24 (N=16, Z=8), the last bound oxygen isotope, may be a new kind of doubly-magic nucleus with a new neutron magic number N=16 and the proton number Z=8 still existing as a conventional magic number. With this in mind, the goal of Kanungo and her team at GSI Darmstadt was to examine how the neutrons were arranged at the edge of existence for oxygen isotopes and establish 24O as a doubly-magic nucleus.

In the study conducted at GSI, the synchrotron was used to smash 48Ca into a fixed target which then produced three 24O nuclei per second. This highly energetic beam (~ 24 GeV) was aimed at a stationary carbon target. The resultant scattering removed one neutron from 24O leaving 23O nuclei. Detectors were set up to record the momentum distribution of the 23O nuclei. From these measurements, the team deduced in which orbital the missing neutron was located in the original 24O. "It was confirmed that the outermost neutrons in 24O almost solely reside in the s-oribtal (l = 0) with no observable occupancy in the neighbouring d-orbital (l = 2)," explained Kanungo. This observation therefore establishes a spherical magic number at N=16 in 24O, confirming suggestions for it to be a new doubly-magic nucleus at the neutron drip-line. The work was published in Physical Review Letters.

Experiments such as those by Kanungo and her colleagues are very important for developing our understanding of the universe. Such advancements in nuclear structure could help us decipher the dynamics in the crust of neutron stars and other reactions that occur in various stellar environments. "Exploring and understanding unstable nuclei," explained Kanungo, "is a quest to unravel the variation of nature's principles and forces that bind the nucleons together to form the large variety of nuclei in our universe."

Kanungo is exploring more on the evolution of the magic numbers at TRIUMF's ISAC facility which is one of the major sites for her experiments. 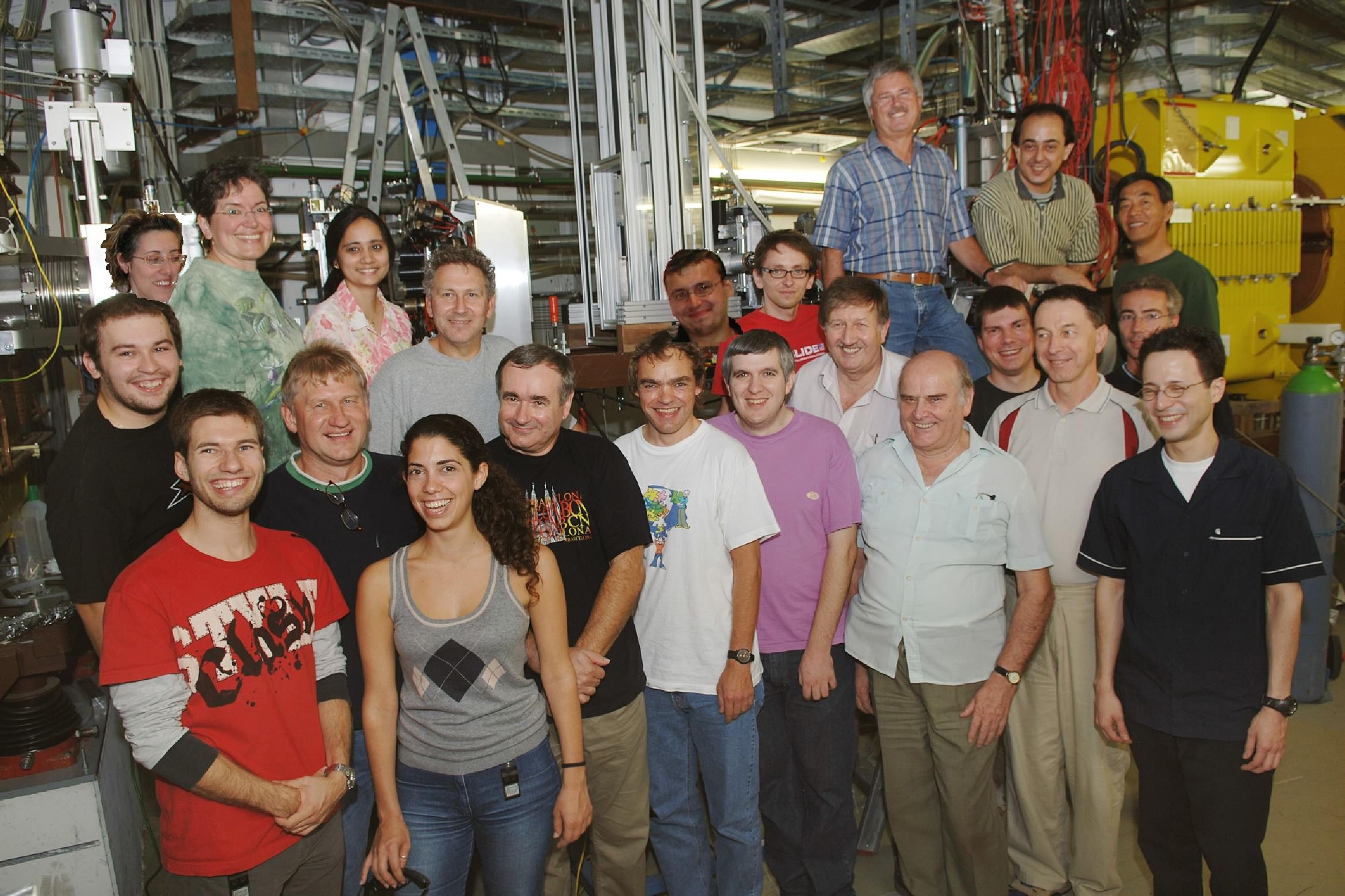 Above: Kanungo (top row, third from left) pictured with some of her team members at GSI Darmstadt.