Research Breakthrough in the Study of Parkinson's-Related Disease 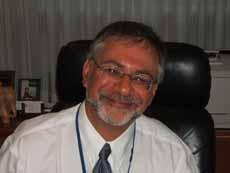 Dr. Jon Stoessl, Director of the Pacific Parkinson’s Research Centre, played a key role in a recent Mayo Clinic-led medical breakthrough in the study of Perry’s Syndrome. The rare syndrome is caused by a genetic defect and the mechanism that's believed to be linked to the origins of various neurodegenerative disorders, such as Parkinson’s. Dr. Stoessl and his colleagues at the Pacific Parkinson’s Research Centre provided ample amount of DNA samples that led to this discovery. The study was funded by the Pacific Alzheimer Research Foundation and the National Institute of Neurological Disorders and Strokes, and is a collaborative work of international researchers.

Perry’s Syndrome was first described in 1975 by the UBC professor Thomas Perry. Symptoms resemble early-onset parkinsonism and are rapidly progressive, resulting in fatality. Researchers point out that people with this syndrome have mutations in a subunit of the dynactin complex, causing disruptions to the transportation of molecular "cargo" inside neurons. In the case of Perry’s, this mutation means that the molecular cargo is being driven on a “train” with dysfunctional brakes. Because of Perry’s resemblance to many other neurodegenerative diseases, this discovery suggests breakdowns along the cell’s interior transportation grid may be a fundamental mechanism in neurodegeneration. Detail of the findings will be published in the February 2009 issue of Nature Genetics, available online as of January 11, 2009.

Dr. Jon Stoessl is an internationally recognized expert on Parkinson’s Disease. In partnership with TRIUMF, Dr. Stoessl uses PET (Positron Emission Tomography) to explore the effect of dopamine release on Parkinson’s, and to study the natural history and progression of the disease.

Based on the Mayo Clinic Media Release at: http://www.mayoclinic.org/news2009-jax/5140.html.