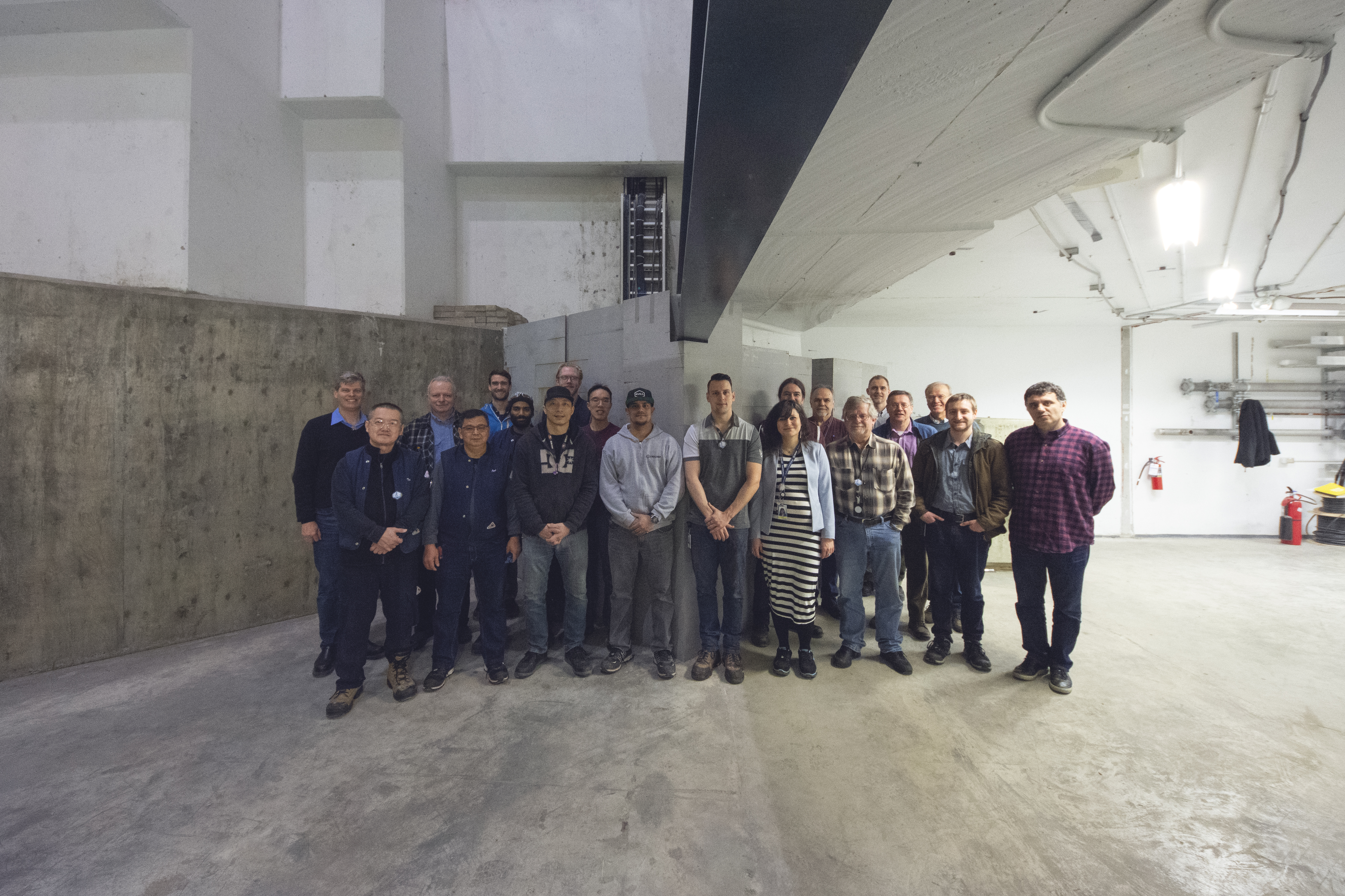 On Wednesday, February 20th, a group of ARIEL colleagues joined together for a team photo in celebration of a key achievement in our work on ARIEL: the completion of the electron beam line dog leg and proton cave shielding.

The electron beam line dog leg, named for its uniquely angled shape, serves an important function as a beam conduit between the e-Hall and the ARIEL Tunnel. The team installed 3 specialist magnets, so called Y-30 magnets, which will bend the beam on its way into the ARIEL Tunnel and towards the future electron target station. The leg’s confined location required that the team construct specially-designed shielding blocks – the proton cave shielding – that will eventually isolate the e-Hall from the ARIEL Tunnel.

“I’d like to thank everyone for all of their hard work on this project,” said Éric Guétré, Head of TRIUMF’s Project Management Office. “We overcame some incredible hurdles to achieve this – from the small amount of space we had to work in, to the momentous task of moving and placing the blocks, to the complex beamline systems that were installed. Well done to all!" 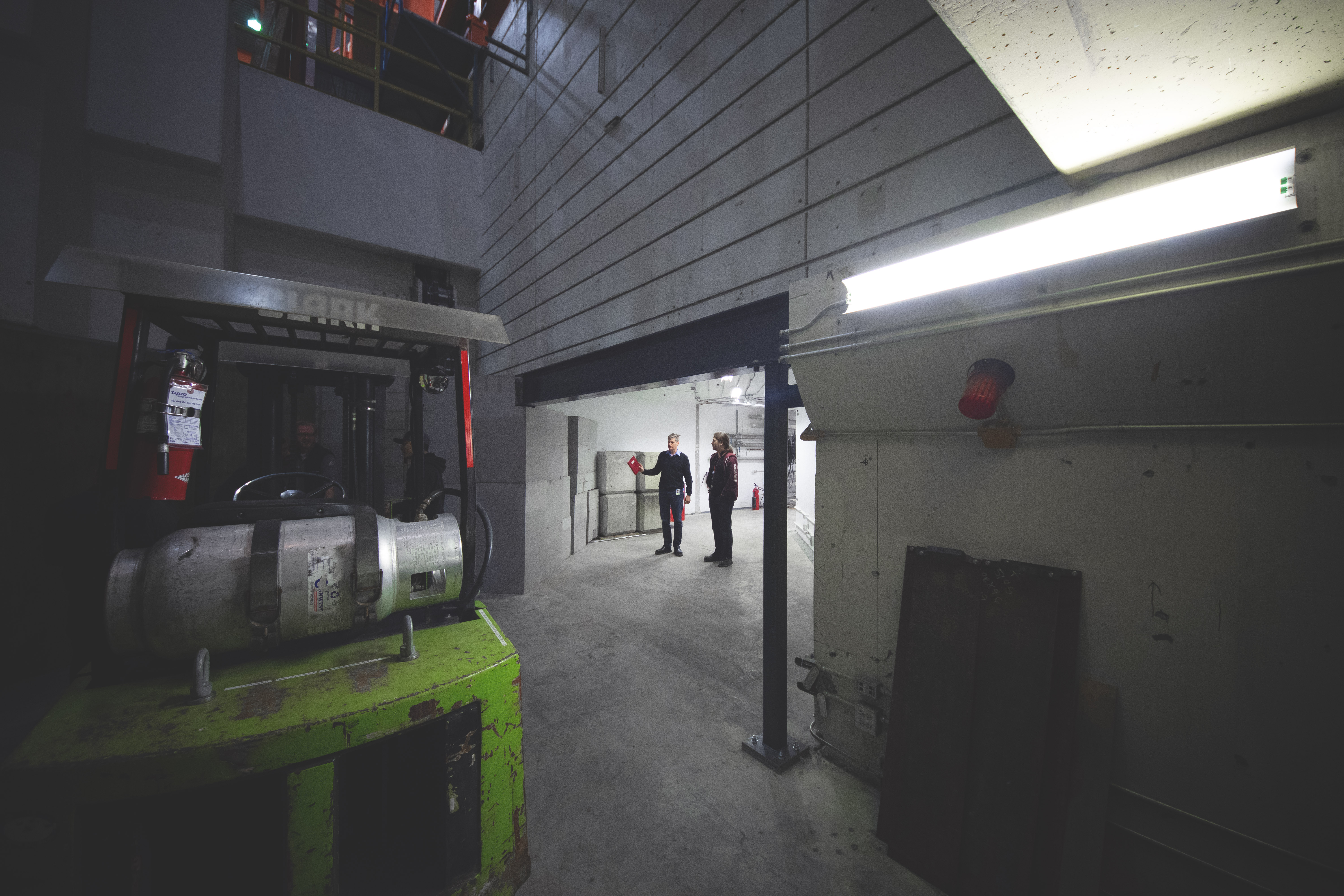 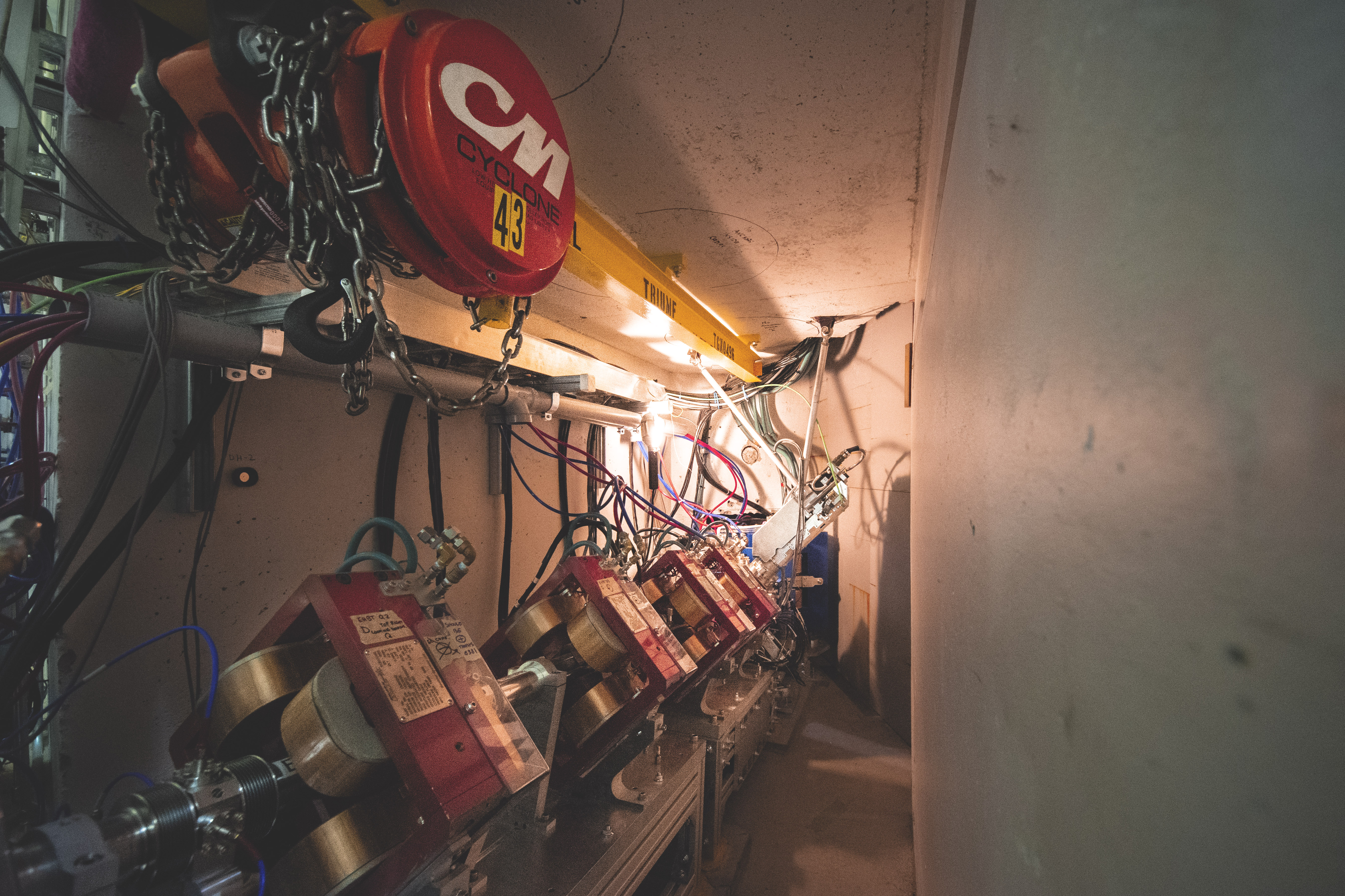 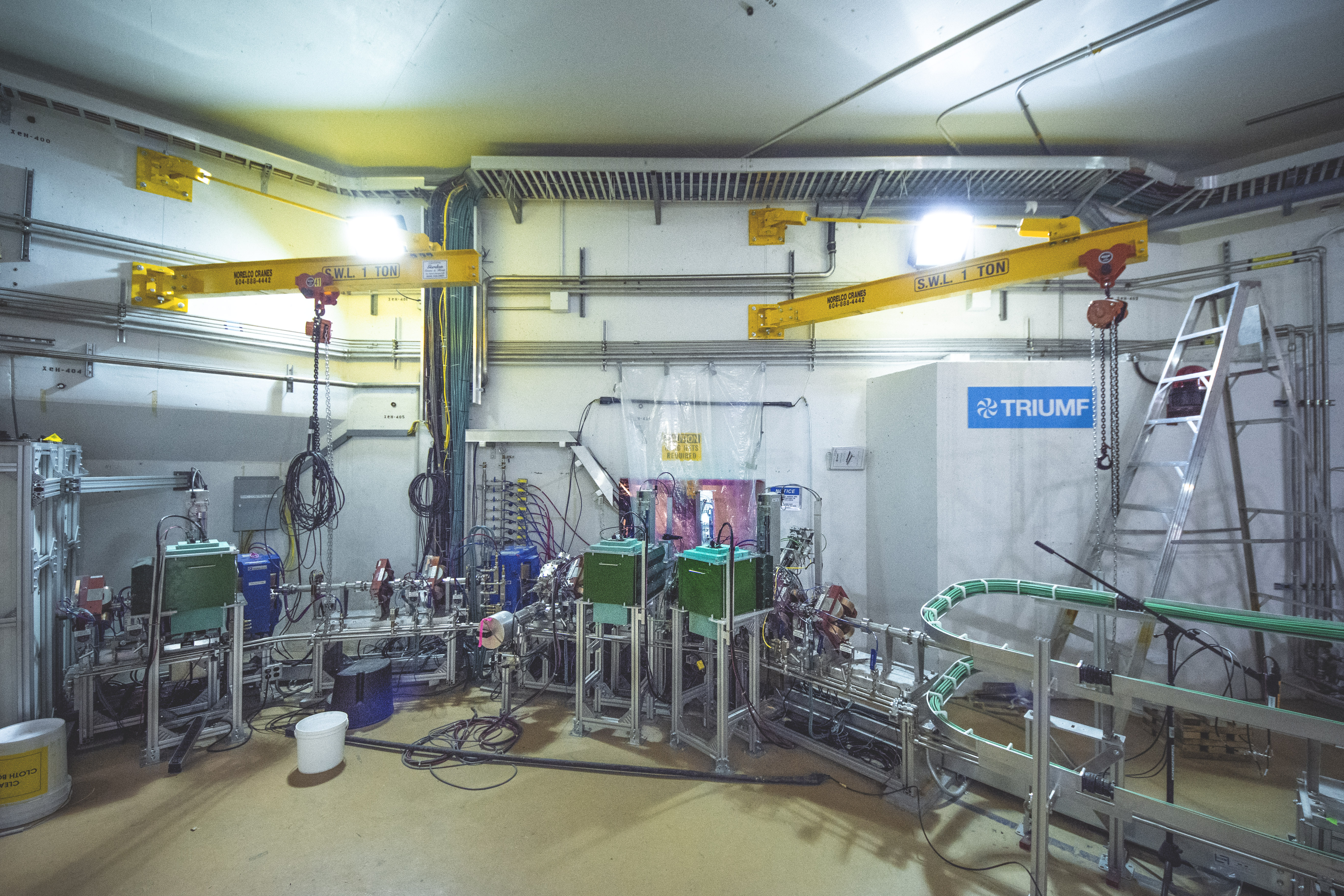 The completion of the dog leg and proton cave shielding represent a major stepping stone towards finalizing the electron beam line installation and the eventual completion of ARIEL.

Bravo, and congratulations to the team!

Silke
eguetre
sshepherd
10 members
Created: Jan 04 2010
This is a closed group. Only a group administrator can add you.