The present ATLAS Inner Detector would be unable to operate in the environment of the HL- LHC. The occupancy and radiation damage would reach unacceptable levels, and it was decided to replace the Inner Detector with a completely new all-silicon tracker. The new system will combine pixels and microstrips. 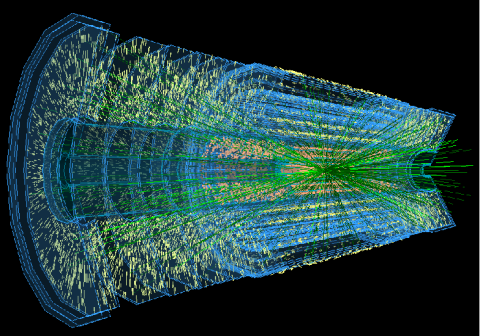 A Canada-wide collaboration comprising existing ATLAS Canada members at seven universities and TRIUMF has been formed to participate in the detector construction. The proposed Canadian contributions are aimed at the endcap components of the microstrip system. Canada will build about 1500 of the approximately 7,000 silicon strip modules required for this part of the detector. There will be two production sites, one in western Canada (TRIUMF, SFU and UBC) and one in eastern Canada (Toronto, Carleton, Montreal and York Universities). The activities of the eastern site will involve a strong collaboration with industrial partners. The western site will also work on the precision mounting of modules on the carbon-fiber petal structure that integrates the necessary electrical and cooling services.

Due to the long time required, the QC steps will be distributed across all Canadian ITk institutions, to allow for parallel testing. The final mounting of modules to petals and the associated QC testing will be done at TRIUMF.