Past TRIUMF post-doctoral researcher and current TRIUMF user Dr. Kyle Leach has been awarded the United States Department of Energy’s (US DOE) prestigious Early Career Research Award for his work developing superconducting quantum sensors for hunting sterile neutrinos. Leach’s group, the Electroweak Interactions Group at the Colorado School of Mines, will be pursuing the work at TRIUMF as part of the Beryllium Electron-capture with Superconducting Tunnel junctions (colloquially ‘the BeEST’ (“beast”)) experiment. 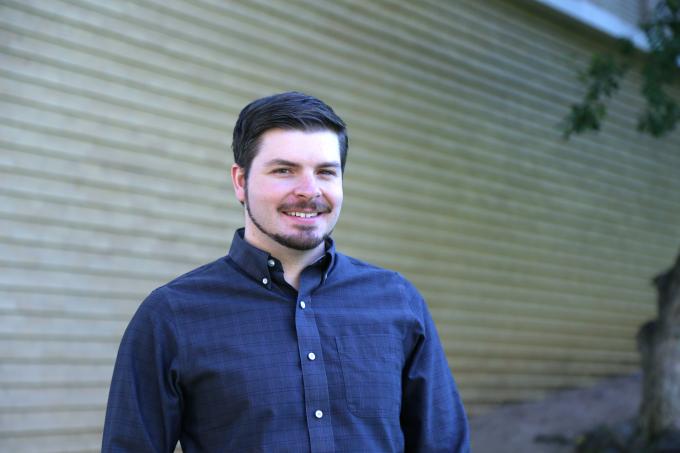 In a Colorado School of Mines release, Leach noted “We have made excellent progress with our first two measurements in this program over the past two years thanks to a very fruitful collaboration with Dr. Stephan Friedrich and the Rare-Event Detection Group at Lawrence Livermore National Laboratory and support of TRIUMF in Canada,” Leach said. “Using Superconducting Tunnel Junction detectors for the BeEST is only the start of what we hope will open a new field of research in low-energy nuclear physics.”

Unlike other sterile neutrino searches, the BeEST experiment does not hunt for any as-yet-observed interaction between sterile neutrinos and matter. Instead, researchers are attempting a complete reconstruction of the momentum of a particular decay process – electron capture decay – in beryllium ions, hoping to catch a glimpse of the ghostly sterile neutrinos in the measurement of the overall mechanism. The BeEST uses beryllium ions (7B+) harvested at the ISAC Implantation Station, implanting them into highly sensitive superconducting tunnel junctions. The team then looks for signals in the form of small but perceptible shifts in the atomic recoil peaks due to momentum conservation from the loss of neutrinos.

Leach notes “The BeEST experiment is an excellent example of inter-disciplinary research that includes scientists in several sub-disciplines of physics from a number of institutions in North America and Europe. I am very grateful to the DOE for this prestigious award which will allow us to continue our exciting and novel research program with the BeEST."

Leach completed his Ph.D. at the University of Guelph in 2013 and accepted a Post-Doctoral Research Fellowship at TRIUMF, performing novel in-trap decay spectroscopy studies on the electron capture decay of highly charged radioactive ions with the TITAN experiment.

“On behalf of TRIUMF, I’d like to share a sincere congratulations with Kyle on this tremendous recognition of his work,” said Dr. Jens Dilling, TRIUMF Associate Laboratory Director, Physical Sciences. “We look forward to continuing to collaborate with the BeEST team here at TRIUMF in the exciting field of sterile neutrino measurement.”