February 9, 2016 marks the 40th anniversary of the official commissioning of TRIUMF’s main 520 MeV cyclotron – a particle accelerator that pushes the frontiers of research into the structure and origin of matter, as well as material and medical science. The machine was first commissioned during a ceremony on February 9, 1976 by then Prime Minister, the Right Honourable Pierre Elliott Trudeau.

"I don't really know what a cyclotron is,
but I am certainly very happy Canada has one!"

For four decades, TRIUMF's workhorse cyclotron has been a central component of Canada's science and innovation engine. Accelerating over 1000 trillion protons per second, it fuels the Canadian research community's quest for answers, deepens our fundamental understanding of the Universe, and enables cutting-edge science and technology that has a tangible impact on our daily lives.

As the largest in the world, the cyclotron was built by physicists and engineers right here in Vancouver, and was recognized as an IEEE Engineering Milestone in 2010 for its unique design and prowess. This feat of engineering, which accelerates over protons up to three quarters the speed of light, continues to be the dynamo behind TRIUMF's mulitdisciplinary research program, a key asset in advancing fundamental, applied, and interdisciplinary research for science, medicine, and business. 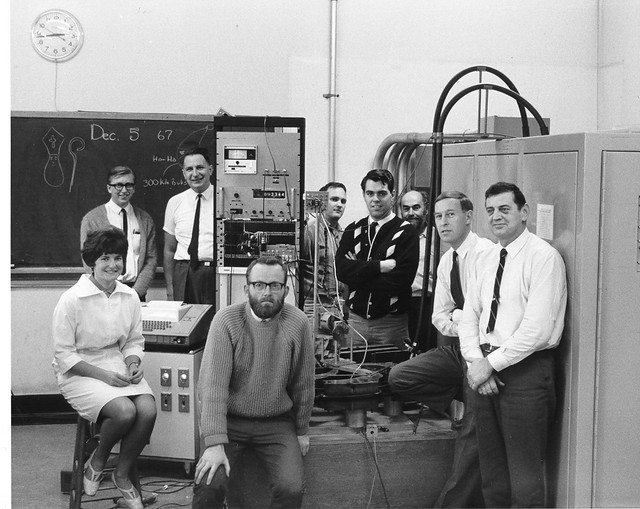