TR24 cyclotron touches down in IAMI 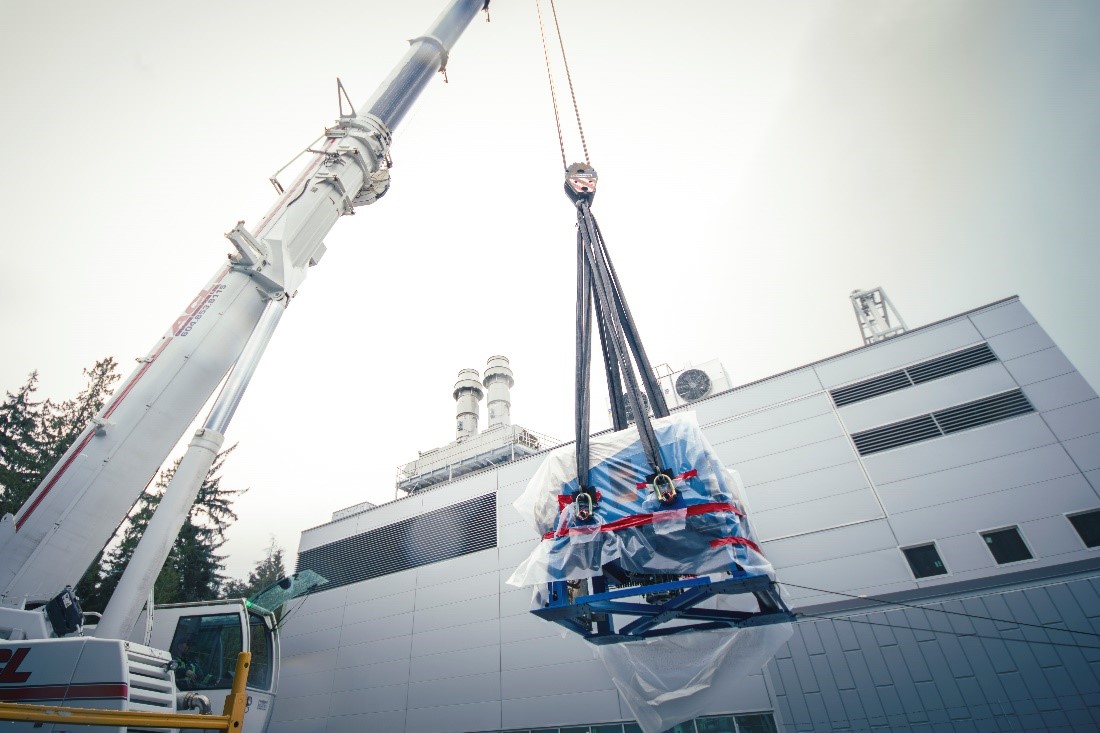 TRIUMF is celebrating the successful crane-in of the TR24 cyclotron, the cornerstone of the new Institute for Advanced Medical Isotopes (IAMI), which took flight briefly on Friday, April 8, up and over the IAMI site fence and then down to its permanent home on the B2 level of the Institute.

Moving and installing the cyclotron, which was manufactured by long-time TRIUMF collaborator Advanced Cyclotron Systems Inc. (ACSI), was one of the remaining major infrastructure hurdles in the teams’ progress toward the construction of IAMI. With the crane-in complete, teams can now begin installation work, including connecting the cyclotron to its ion source and commissioning other operating infrastructure.

“This is a very exciting moment for the many people who have been working on or supporting IAMI,” said Dr. Esther Schirrmacher, Director, IAMI Operations. “Though we still have quite a bit of work to do, the crane-in and installation of the TR24 is an important step in our progress on IAMI’s core infrastructure.”

The Institute, which was announced by Prime Minister Trudeau during a 2018 visit to TRIUMF, will significantly expand the laboratory’s role as the Canadian research leader in next-generation, life-saving medical isotopes and radiopharmaceuticals. Powered by the state-of-the-art TR24 cyclotron, one of the world’s most technologically advanced commercial cyclotrons, and supported by an integrated series of state-of-the-art radiochemistry labs, IAMI will serve as a research hub for the Vancouver region’s diverse nuclear medicine sectors, centrally managing the production of radioisotopes and radiotracers for clinical research and innovation. Partnered with TRIUMF Innovations, TRIUMF’s commercialization arm, IAMI will also build and extend key commercial collaborations that promise to enhance Canada’s overall medical isotope and radiopharmaceutical research and production infrastructure. 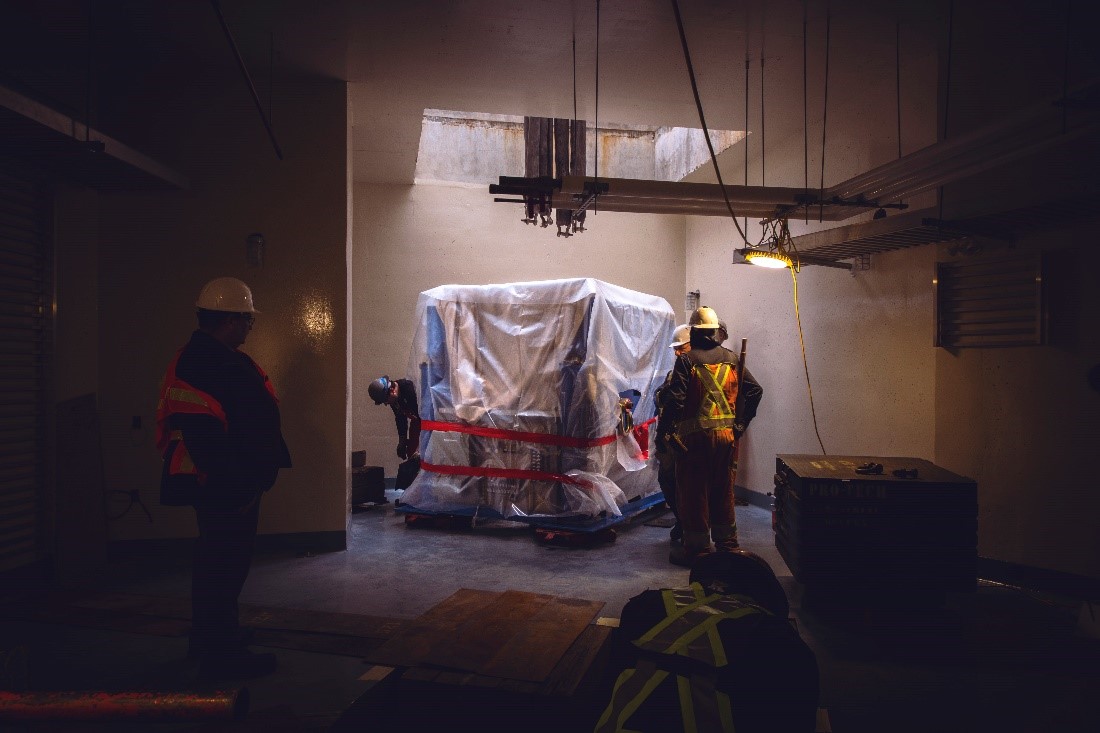 (image: the TR24 after being craned into the B2 level of IAMI)

“I am incredibly proud of our IAMI team, and grateful to all who continue to support this work – within our lab but also across our wider network,” said Dr. Paul Schaffer, Director, Life Sciences Division. “With IAMI, TRIUMF is building on its capacity to lead in science, medicine, and innovation for the next 20 years and beyond.. this will have untold benefits for Canadians and patients around the world.”

IAMI has received support from a number of provincial and national partners, including the Government of Canada through Pacific Economic Development Canada and Infrastructure Canada, British Columbia’s Ministry of Health, the University of British Columbia, and BC Cancer and the BC Cancer Foundation.

Congratulations to the IAMI teams!

Click here to learn more about IAMI science, take a bird's-eye-view drone tour of the IAMI site, and more.