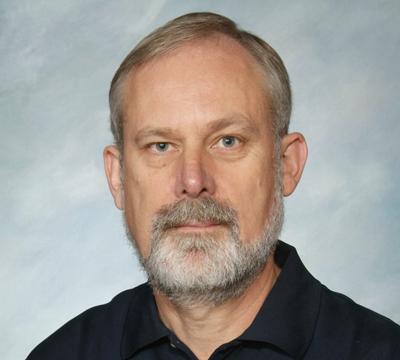 Every year, the Canadian Association of Physicists (CAP) recognizes teachers from all over Canada for their drive and dedication to help students relate the abstract concepts of physics to the world in which we live.  This year, Mr. Peter Vogel from Notre Dame Regional Secondary School in Vancouver has been awarded the 2011 CAP Award for Excellence in Teaching High School/CEGEP Physics.

Over the course of his teaching career, Peter has sought out unique ways to engage his students in the realm of physics.  For 31 years now he has organized a contest where students apply what they have learned to manufacture a bridge made of 100 grams of balsa wood to withstand a maximal load.  This ‘performance theatre’ for physics encourages his students to view science as fun and exciting, while extending opportunities to work on interesting technology-related extra-curricular activities to increase experience and interest in science.  Peter has also been involved in many other endeavours, including contributing to provincial examination committees, editing a physics newsletter, and giving presentations at a number of conferences on science education.

For his students, Peter also enlisted sponsorship support for the bridge contest from many institutions, including Simon Fraser University’s School of Engineering Science, the University of British Columbia’s Engineering Physics program, the British Columbia Institute of Technology, the Association of Professional Engineers and Geoscientists in British Columbia, along with several other private engineering and high technology companies.  This allowed for the creation of scholarships for students who go on to study Calculus and Physics.

The CAP Award for Excellence in Teaching High School/CEGEP Physics is intended to recognize the excellence of those who teach physics in Canadian high schools or CEGEP programs, as well as to encourage and promote physics at this level.  The award is sponsored by CAP, TRIUMF, Merlan Scientific, Perimeter Institute, Nelson Education, and Vernier.

A new feature this year to the award—one of the teachers will have the opportunity to visit the centre of particle-physics activity with a special trip to CERN in Geneva, Switzerland.  Peter has been selected to participate in this 3 week physics teachers' symposium being held at CERN from July 3-23.  His participation and expenses will be covered by the Institute for Particle Physics, the Perimeter Institute for Theoretical Physics, TRIUMF, and this award.

"I have known about CERN since childhood. Just before graduating from Simon Fraser University I was fortunate to be taken on an “inside” tour of the magnets at TRIUMF and have forever carried with me the amazement at feeling a tug on the metal parts of my jacket and seeing my analogue watch stopped by the field, an experience I share each year during the physics 12 unit on electromagenetism," Peter said.  "To now have TRIUMF be a co-sponsor of my trip to CERN brings my physics teaching career full circle as it were."

Congratulations on your achievements, Peter!