On Saturday, August 8, TRIUMF, Canada's national laboratory for particle and nuclear physics, celebrated its 40th Anniversary with a festive Open House. Timelines of historic photographs lined the walls of the main office building, informational videos illustrated the history and science of TRIUMF, excited volunteers bustled about the site readying their stations, popcorn snapped and sputtered in the back lot, and luckily the weather held.  Over 1300 people from around the Lower Mainland came out for this milestone event and they were not disappointed. For only the second time in the lab's history, TRIUMF's doors were thrown open to the public for self-guided tours of the facilities. More than 100 TRIUMF employees volunteered their Saturday afternoon to talk to visitors along the tour route, answer questions, give physics demonstrations, and explain some of the experiments and apparatuses currently in operation at the lab.

"A fifth of the lab gave up their Saturday to show TRIUMF off to the community," commented Colin Morton, ISAC beam physicist and key member of the Open House planning committee, "and it was their enthusiasm that really made the event a success." Colin's sentiments were echoed by many of the visitors who enjoyed talking to the scientists and were inspired by the passion and enthusiasm they expressed for their work. The physics demonstrations were also a big hit, from the levitating train with superconductors, to the physics magic show, cosmic-ray shower detectors and the liquid-nitrogen demonstrations, to name a few.

One of the highlights of the afternoon was the much anticipated commemoration ceremony of the 40th Anniversary of TRIUMF's dedication and the original planting of Newton's apple trees out front in 1969. During the ceremony, UBC's Mark Halpern gave a talk on the physics of apples, gravity, and Isaac Newton and director emeritus Erich W. Vogt put TRIUMF into context as an evolving initiative in science, excellence, and innovation for Canada.  Jan Fialkowski, Executive Director of the University Neighbourhood Association (UNA); Joyce Murray, M.P., Vancouver Quadra; Richard T. Lee, M.L.A., Burnaby North, and Parliamentary Secretary for the Asia-Pacific Initiative; John Hepburn, UBC, Vice President, Research, and Gary Goodyear, M.P., Cambridge and Minister of State for Science and Technology, via prepared video--members of "circles around TRIUMF"--gave their observations on the lab's achievements and contributions to the advancement of Canadian health and science.

At the end of the ceremony, Lorna Warren, wife of the late John Warren, TRIUMF's first Director, unveiled a plaque commemorating the lab's 40th Anniversary. Many of the original TRIUMF scientists were in attendance and were moved by the significance of the commemoration.  A special set of photographs helped honour their contribution to the lab's 40 years of success. "It was great to see so many of the pioneers who helped to make TRIUMF a reality 40 years ago return from retirement to celebrate the anniversary and see what had become of their creation," said Michael Craddock, himself a TRIUMF pioneer.  "The speakers all had relevant points to make or (in one brave case) demonstrate, and Lorna Warren's description of the genesis of subatomic physics at UBC after WW II was particularly interesting. A worthy commemoration of TRIUMF's roots, and a credit to the present staff responsible for the many and various arrangements!"

"The tremendous success of the 40th Anniversary Open House speaks to the hard work and great spirit of the TRIUMF community," commented Tim Meyer, Head of Strategic Planning and Communications. "This was as much a family reunion and a meet-the-neighbours picnic as it was a chance to share cutting-edge science with the public. I am really proud of TRIUMF and of our neighbourhood community."

Thank you to Sandi Miller (TRIUMF conference coordinator) and her planning committee, to the 107 dedicated TRIUMF volunteers, to the UBC and UBC Physics departments for the use of their demo equipment, and to everyone who came to visit TRIUMF! Here's to 40 years past and 40 years to come! 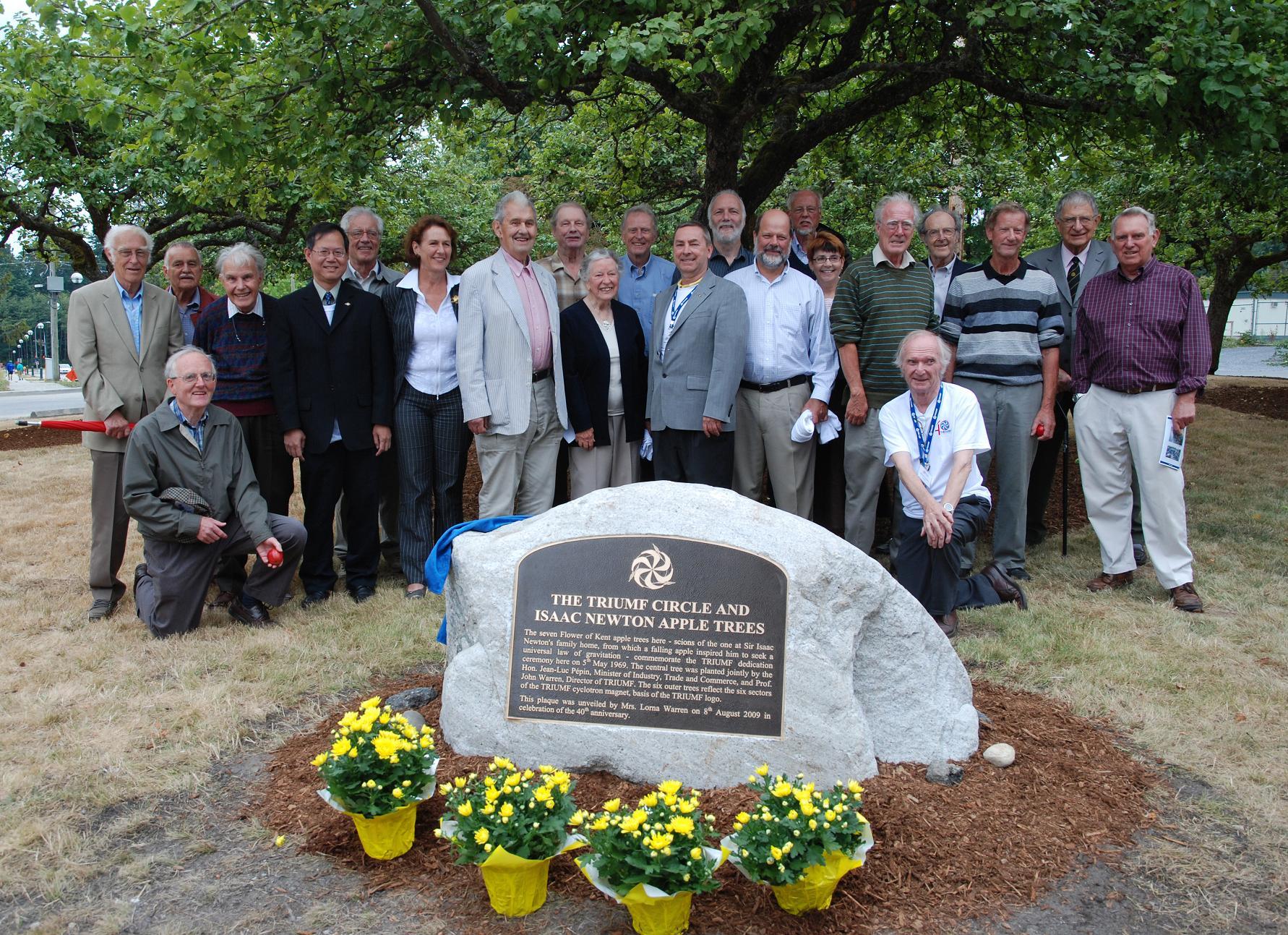 Click here to view photos, videos, and  more from the Open House!

The following are the winners of the Scavenger Hunt prize draw and Paperclip Guessing Game. The winners have been notified and can pick up their prizes from the reception desk at TRIUMF. Congratulations and thank you to all who participated!