Nigel Lockyer to be Next Fermilab Director 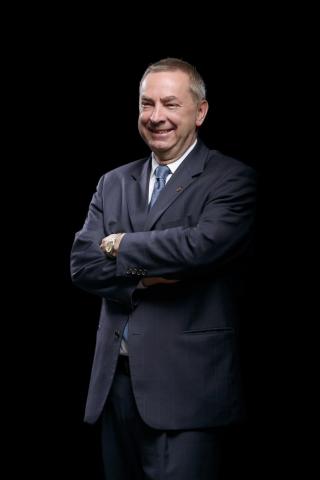 In his capacity as Chairman of the Board of Directors of Fermi Research Alliance, LLC, University of Chicago President Robert J. Zimmer today announced that TRIUMF’s director Nigel S. Lockyer has been selected to become the next director of the U.S. Department of Energy’s Fermi National Accelerator Laboratory, located outside Chicago.  Lockyer is expected to complete his work at TRIUMF this summer and begin at Fermilab in the autumn.

Paul Young, Chair of TRIUMF’s Board of Management and Vice President of Research and Innovation at the University of Toronto said, “Nigel was selected from a truly outstanding set of international candidates for this challenging and important position.  Although it will be a short-term loss, this development is a clear recognition of Nigel’s vision and passion for science and the international leadership taken by TRIUMF and Canada in subatomic physics.  On behalf of the entire TRIUMF Board, we wish Nigel, TRIUMF, and Fermilab every success in the future.”

Lockyer set TRIUMF upon a new course when he arrived six years ago, focusing the team on “Advancing isotopes for science and medicine.”  Based on TRIUMF’s existing infrastructure and talent, this initiative ranged from expanding the nuclear-medicine program so that it is now playing a leading role in resolving the medical-isotope crisis to the formulation and funding of a new flagship facility called ARIEL that will double TRIUMF’s capabilities for producing exotic isotopes used in science and for developing tomorrow’s medical isotopes.  At the heart of ARIEL is a next-generation electron accelerator using modern superconducting radio-frequency technology.

Commenting on Nigel’s leadership of TRIUMF, Paul Young added, “One look at TRIUMF’s current trajectory and you can see that this is a man of great ambition and talent.  Working with the Board and a great team at the lab, he propelled TRIUMF to new heights.  We have all been fortunate at TRIUMF to have Nigel as a colleague and leader.”

Reflecting on his time at TRIUMF and the upcoming transition to Fermilab, Nigel Lockyer said, “Knowing that TRIUMF is in good hands with a superb leadership team and seeing its growing string of accomplishments has helped make this decision a tiny bit easier.  The laboratory’s future is secure and TRIUMF knows exactly what it is doing.  I am proud to have contributed to TRIUMF’s successes and it is my hope to ignite the same energy and enthusiasm in the U.S. by heading the team at Fermilab.”  He added, “I also expect to foster a new level of partnership between the U.S. and Canada in these key areas of science and technology.”

“Nigel has had a profound impact on TRIUMF,” said David B. MacFarlane, chair of the National Research Council’s Advisory Committee on TRIUMF and Associate Laboratory Director at the U.S. SLAC National Accelerator Laboratory.  “He articulated an ambitious new vision for the laboratory and energetically set it upon a path toward an exciting world-class program in rare-isotope beams and subatomic-physics research.  When ARIEL comes online, the lab will be fulfilling the vision that Nigel and his team boldly initiated.”  David MacFarlane added, “The TRIUMF community will certainly miss his warmth, his insatiable scientific curiosity, his creativity, and his faith in the laboratory and its entire staff.  However, I fully expect these same characteristics will serve Nigel well in his new leadership role as Fermilab director.”

As per standard practice, the TRIUMF Board of Management will announce plans and timelines for the international search process and interim leadership within the next few weeks.

From a TRIUMF News Release.