Today, TRIUMF announced a new research partnership with Ontario-based Fusion Pharmaceuticals to expand production and availability of actinium-225, a valuable but scarce radioisotope with tremendous promise as a cancer treatment.

The partnership aims to increase availability of cyclotron-produced actinium-225, bolster the development pipeline from lab bench to bedside, and strengthen Canada’s role as a world leader in isotope production and research. Capitalizing on TRIUMF’s unique particle accelerator infrastructure, the agreement will provide TRIUMF with funding to make the upgrades necessary to scale up production of actinium-225, and in return Fusion will receive increased access to this promising isotope. 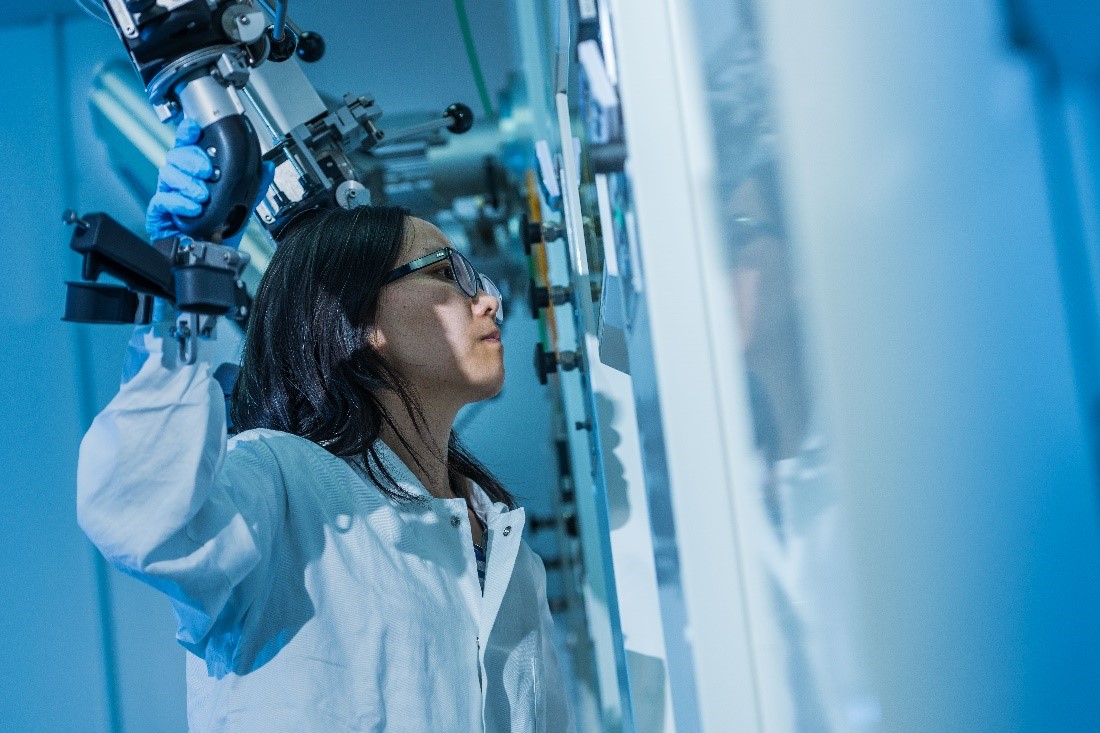 “Today’s announcement marks an important step in positioning Canada to play a leading role in the development and deployment of next-generation radiotherapies, and in ensuring that researchers and patients around the world have a stable supply of life-saving medical isotopes,” said Dr. Jonathan Bagger, Director of TRIUMF. “Enabled by decades of public investment in TRIUMF’s infrastructure and research programs, this collaboration recognizes the laboratory’s capacity to drive innovation, moving this promising treatment closer to market.”

“Given Fusion’s opportunity to expand our pipeline of actinium-based Targeted Alpha Therapies (TATs), and the importance of isotope production in the supply chain of radiopharmaceuticals, we will continue to proactively address and prioritize actinium supply in our strategic plans,” said Fusion Chief Executive Officer John Valliant, Ph.D. “We are excited to collaborate with TRIUMF, a leader in isotope production, as part of these plans.”

Launched from the campus of McMaster University in 2015, Fusion has become a strong presence in the national ecosystem of pharmaceutical start-ups, leading a successful, above-range initial public offering in 2020.

For TRIUMF, the agreement represents a significant step for the lab’s life sciences research program and marks the latest development in the evolution of Canada’s world-leading ecosystem in medical isotope research and production.

The first indications of actinium-225’s potential as a potent cancer therapy came from a small set of clinical results for late-stage, metastatic castrate-resistant prostate cancer patients receiving treatment at the University Hospital Heidelberg in 2014.

The scans told the story of a near-miraculous recovery from terminal, late-stage cancer, brought about by just four successive treatments of an experimental drug comprised of a prostate cancer marker (which acts to locate and accumulate the drug) and actinium-225. Across the course of their treatments, a number of patients experienced a significant reduction in tumour burden, with some experiencing nearly full remission of their cancer.

“TRIUMF and the wider nuclear medicine research community are working hard to usher in this new generation of radiotherapies for fighting cancer and other diseases,” said Paul Schaffer, TRIUMF’s Associate Laboratory Director of Life Sciences. “Targeted alpha therapies, including those that employ actinium-225, show some of the most promising results due to their ability to effectively deliver therapeutic doses of disease-killing radioactive payloads while leaving healthy parts of the body generally unaffected.”

Recent research successes have caused an increased demand for actinium-225. However, actinium-225 does not occur in nature, and supplies are limited to small amounts sourced from spent nuclear fuel or weapons materials. As such, and despite promising preliminary clinical results, global actinium-225 production is limited. TRIUMF’s unique facilities offer hope that increased quantities of actinium-225 may soon be available for research and eventual clinical use.

In 2015, Paul Schaffer had the stunning realization that significant amounts of actinium-225 were present in TRIUMF’s spent research targets, after their intended use in other scientific experiments. In much the same way that TRIUMF employs dedicated targets to create rare isotope beams for its nuclear physics or materials sciences programs, actinium-225 was being produced by spallation within the target. While the world was desperately seeking sources of actinium-225 in nuclear reactors and decommissioned weapons, TRIUMF had quietly been producing huge quantities of the isotope as part of the regular operation of its cyclotron facility.

Schaffer quickly realized that with a purpose-built target system, TRIUMF could soon be producing world-leading quantities of what has been dubbed ‘the rarest drug on earth’.

Using particle accelerators at TRIUMF to produce actinium-225 has numerous advantages over the various legacy methods that rely on reactors or weapons, notably the ability to create consistent, scalable quantities of the isotope on demand. Further, TRIUMF has a proven track record in nearly all aspects of medical isotope production, from designing and building beamlines and targets to the construction of particle accelerators themselves.

Rising to the challenge of making actinium-225 more widely available, TRIUMF – in partnership with TRIUMF Innovations, the laboratory’s commercialization arm – is charting a bold new path to help bring these promising new treatments to the patients who need them.

Leveraging its existing infrastructure, as well as building new capacity such as the Institute for Advanced Medical Isotopes that is currently under construction, TRIUMF is uniquely positioned to support partners such as Fusion Pharmaceuticals in accelerating the development of next-generation therapeutics.

“Through this collaboration agreement, we are partnering with a premier developer of innovative radiotherapies to deepen TRIUMF’s leadership position in isotope production,” said TRIUMF Innovations Chief Executive Officer Kathryn Hayashi. “The results that stem from this partnership may dramatically advance the treatment of cancer as we know it, and it is exciting to imagine how this work could change the lives of countless Canadians and others around the world.”

Today’s agreement represents only the beginning of an exciting new chapter of TRIUMF’s life sciences program. From research to commercialization, TRIUMF stands ready to help Canadian partners, as well as others around the world, to make new and bold advancements into the frontiers of this field.