Anadi as Co-Convener in ATLAS Subgroup 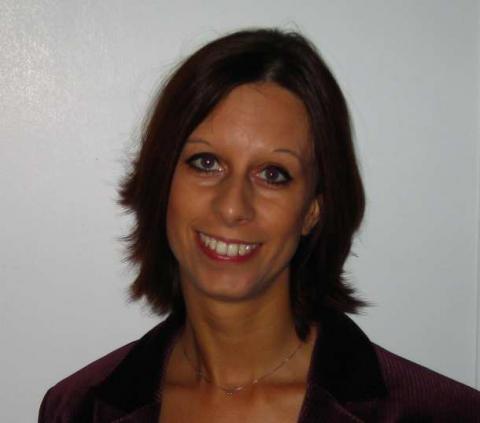 When you work with more than three thousand other scientists on a massive multi-decade project, how do you know you are making a difference?  Although not a perfect measure, sometimes just being asked by your colleagues to lead the team is an acknowledgment and an indication of success.  Recently, two Canadian particle physicists from TRIUMF, Anadi Canepa and Oliver Stelzer-Chilton, received this honour.  This post features Anadi Canepa. Later next week, Oliver Stelzer-Chilton will be featured.

In the last two months, TRIUMF Research Scientist, Anadi Canepa, has had a hand in completing and getting a paper accepted in Physics Review Letters, and alongside that work, has been nominated for the position of co-convener for one of the supersymmetry (SUSY) working groups in the ATLAS collaboration at CERN.

The paper is called “Search for supersymmetry in events with three leptons and missing transverse momentum in sqrt(s) = 7 TeV pp collisions with the ATLAS detector.” Anadi elaborated on the paper, saying, “Supersymmetry is one of the most promising theories for physics beyond the standard model because it provides a dark matter candidate, it leads to the unification of the forces and it also maintains the Higgs mass at low values, as we expect it to be. One of the best ways, currently, to seek SUSY is to look for particles called charginos and neutralinos, that decay to 3 leptons plus missing transverse momentum.”

The paper is the result of the work of a team of ATLAS collaborators, led by Anadi in the past year and including the TRIUMF and UBC groups, along with other groups in different countries.

In order to understand the significance of Anadi’s nomination for the Etmiss convenorship, it is important to understand how the hierarchy of the ATLAS collaboration is constructed. The scientists gather into different groups according to the physics questions they are seeking to answer: perhaps it is locating the Higgs boson, perhaps it is looking for signs of shadowy supersymmetric partner particles, or perhaps it is focusing on just one decay mode of the hypothetical Higgs boson.  The group most interested in supersymmetry, and therefore “assigned” to focus on it, consists of roughly 300 people.

Under the SUSY group are two separate physics subgroups, covering two different types of signatures. One group (called the “Etmiss” group) focuses on the analysis of missing transverse momentum and searching for a dark matter candidate; the other SUSY subgroup focuses on an entirely different signature. Anadi has been recently nominated to be the co-convener of the etmiss group. The nomination process in ATLAS starts from a call for nominations to which every ATLAS member can participate. As it is a leadership position, the ideal candidate must show dedication and a commitment to teamwork as well as how well one can lead a group towards a publication. The ATLAS management reviews the various nominees and selects a person for a position the duration of one year or two years, depending on the role.

As an Etmiss co-convener, Anadi will be responsible for making sure that the SUSY searches are completed on time for each of the conferences, which is an important deadline to meet. Anadi explains that conferences are important because they are often the prime venues for presenting and discussing results within the community. In addition to ensuring SUSY searches are completed on time, Anadi would also need to make sure that the group is covering all possible channels in which SUSY may exhibit itself. Another important component to the position of co-convener, Anadi says, “is to make sure the data analysis is solid, understood, and well-reviewed.” In other words, co-convenor means you are responsible for research strategy planning, physics results validation, teamwork, and group organization

Next, Anadi will be flying frequently to CERN for extended periods of time. She says that visiting CERN for longer will also provide her with the opportunity to work more closely with some of the TRIUMF students and postdoctoral researchers that are based at CERN.