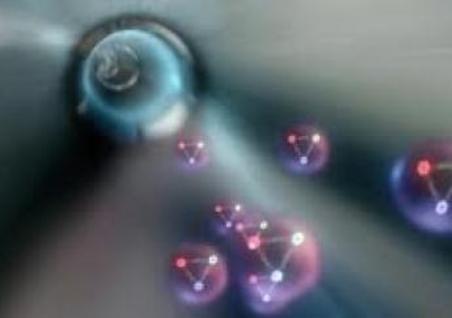 LAND, HO! VOYAGE OF DISCOVERY SIGHTS WHAT COULD BE THE HIGGS

(Vancouver, BC) --- Early this morning, the ATLAS and CMS particle-physics experiments at the LHC accelerator at CERN presented their latest results in the hunt for the Higgs boson with thousands of viewers from around the world at a global press conference in Geneva, Switzerland. Both experiments observe a new particle in the mass region around 125-126 GeV consistent with the Higgs. Across Canada, hundreds have played critical roles in this breakthrough and are now celebrating.

"We observe in our data clear signs of a new particle, at the level of 5 sigma, in the mass region around 126 GeV. The outstanding performance of the LHC and ATLAS and the huge efforts of many people have brought us to this exciting stage," said ATLAS experiment spokesperson Fabiola Gianotti, "but a little more time is needed to prepare these results for publication." Five sigma corresponds to a certainty that the odds are less one in 3.5 million that this observation is simply produced by chance.

More than a 150 Canadian scientists and students are involved in the global ATLAS experiment at CERN. TRIUMF, Canada's national laboratory for particle and nuclear physics, has been a focal point for much of the Canadian involvement that has ranged from assisting with the construction of the LHC accelerator to building key elements of the ATLAS detector and hosting one of the ten global Tier-1 Data Centres that stores and processes the physics data for the team of thousands.

Likening the quest for the Higgs to Christopher Columbus's voyage of discovery to the New World, Nigel S. Lockyer, director of TRIUMF, said, "With ATLAS and the LHC, we set sail in the direction toward what we thought was the land of the Higgs. Last December, we saw a smudge on the horizon and knew we could be getting close to land. With these latest results, we've seen the shoreline! We know we'll make it to dry land, but the ship is not in to shore just yet."

The results presented today are labeled preliminary. They are based on data collected in 2011 and 2012, with the 2012 data still under analysis. Publication of the analyses shown today is expected around the end of July. A more complete picture of today's observations will emerge later this year after the LHC provides the experiments with more data.

"The observation of a new particle at about 125 GeV, or 130 times the mass of the proton, by both the ATLAS and CMS groups is already a tremendous achievement," said Rob McPherson, spokesperson of the ATLAS Canada collaboration, a professor of physics at the University of Victoria and Institute of Particle Physics scientist. "While our preliminary measurements show this new particle is consistent with the Higgs boson, we need more data to be sure that it is definitely the Higgs."

The next step will be to determine the precise nature of the particle and its significance for our understanding of the universe. Are its properties as expected for the long-sought Higgs boson, the final\ missing ingredient in the Standard Model of particle physics? Or is it something more exotic?

The Standard Model describes the fundamental particles from which we, and every visible thing in the universe, are made, and the forces acting between them. All the matter that we can see, however, appears to be no more than about 4% of the total. A more exotic version of the Higgs particle could be a bridge to understanding the 96% of the universe that remains obscure.

"We have reached a milestone in our understanding of nature," said CERN Director-General Rolf Heuer. "The discovery of a particle consistent with the Higgs boson opens the way to more detailed studies, requiring larger statistics, which will pin down the new particle's properties, and is likely to shed light on other mysteries of our universe."