The international T2K Collaboration has strengthened its previous hint that the symmetry between matter and antimatter may be violated for neutrino oscillation.

Preliminary analysis of the latest data from T2K rejects the hypothesis that neutrinos and antineutrinos oscillate with the same probability at 95% confidence (2σ) level. With nearly twice the neutrino data in 2017 compared to their 2016 results, T2K has performed a new analysis of neutrino and antineutrino data using a new event reconstruction algorithm for interactions in the far detector, Super-Kamiokande. Today's announcement was made by Professor Mark Hartz, of the University of Tokyo Kavli Institute for the Physics and Mathematics of the Universe (Japan) and TRIUMF (Canada), who presented the results at a colloquium at the High Energy Accelerator Research Organization (KEK) in Tsukuba, Japan. 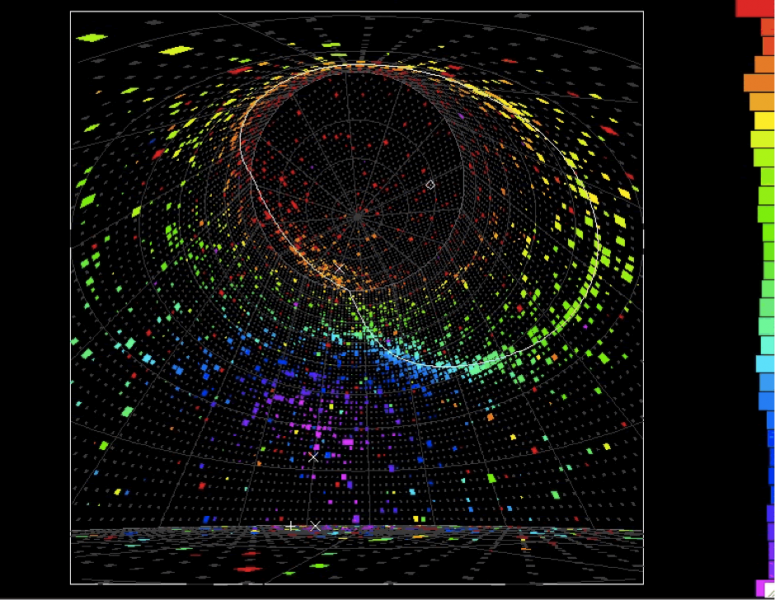 The search for the universe's missing antimatter is one of the most intriguing questions in all of science. This observed dominance of matter over antimatter may be explained by Charge-Parity (CP) symmetry violation. CP symmetry is the principle that the laws of physics should be the same if viewed upside-down in a mirror (Parity), with all matter exchanged with antimatter (Charge). If CP violation occurs in neutrinos, it will manifest itself as a difference in the oscillation probabilities of neutrinos and antineutrinos.