TRIUMF is thrilled to welcome the recipients of this year’s Erich Vogt First Year Summer Research Experience (FYSRE). All three students chose to work with a researcher at TRIUMF for their four-month term.

The award honours Dr. Erich Vogt (1929-2014), a TRIUMF co-founder and one of the most distinguished Canadian nuclear physicists of his generation. His wish was to afford accomplished first-year university students the same research opportunities as their upper-year peers. FYSRE gives these outstanding first-year students a chance to gain hands-on research experience by allowing them to work alongside scientists in various science organizations and laboratories.

Administered by the University of British Columbia’s Department of Physics and Astronomy (UBC PHAS), the FYSRE award was first offered in 2014 and has funded valuable hands-on experiences for nine students since its inception.

TRIUMF is pleased to introduce UBC students Rio Weil, Monica Luo, and John Carpenter. We sat down with each of them to talk about their project, and their experience at TRIUMF and with FYSRE. 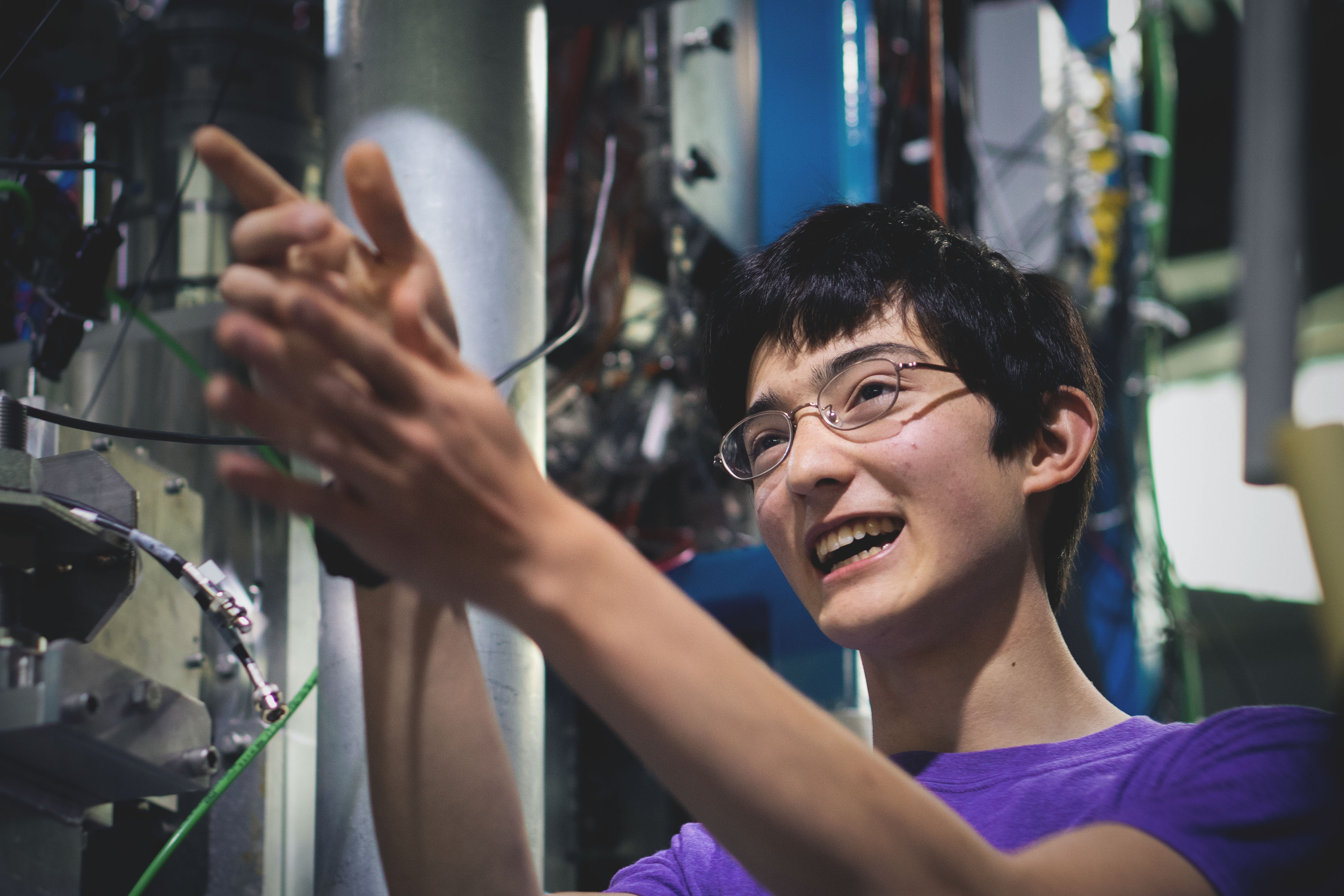 Rio Weil works to trap ions with MPET, the Measurement Penning Trap group at TRIUMF’s Ion Trap for Atomic and Nuclear Science (TITAN). Using the time of flight resonance effect, they measure the masses of ions. Rio works to characterize the systematic uncertainty for precise measurements.

“I was expecting that because I only have this first-year knowledge, a lot of the physics going on would go over my head, but when you break it down, you realize a lot of the principles themselves are fairly fundamental.

To be honest, my academic interest lies in a completely different area of physics. I am more interested in biophysics, but I thought it would be really cool to work in this kind of environment and experience something I’ve never thought that much about before. I don’t think any first-year undergraduate courses really delve deep into the kind of physics that goes on in TRIUMF.”

“The enthusiasm and quality of the FYSRE students is critical to the health and longevity of the physics community,” says Dr. Ania Kwiatkowski, TRIUMF Research Scientist and Rio’s supervisor. “The FYSRE experience allows them to apply classroom concepts in ‘real’ research, usually far beyond the textbook, and to sample state-of-the-art science and techniques.” 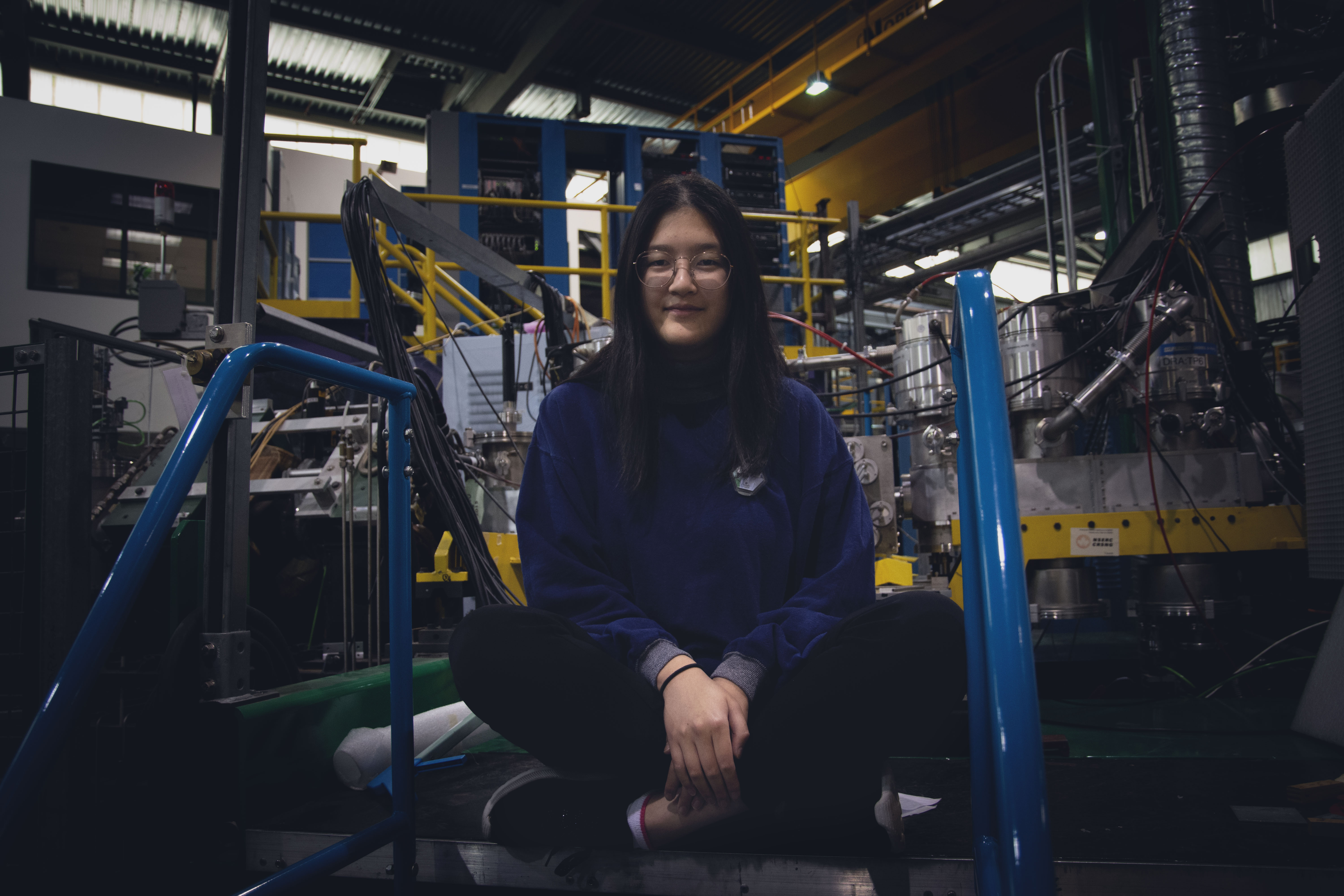 Monica Luo is part of the Detector of Recoils and Gammas of Nuclear Reactions (DRAGON) team studying the reactions that occur in stars. These reactions give us insight on how heavy elements were first created. She is working on the telescope lens system for the charge-coupled device (CCD) camera to monitor the trajectory of the beam in the gas target.

“I wasn’t set on which field I wanted to go into, but I always wanted to go down this path of research. I did science fair and research projects in elementary school and high school, so that was my first experience doing an experiment on my own. I thought it was really rewarding to get to plan out something and see the end result.

I really wanted more research experience. I think it’s really cool how first-year students get to work at TRIUMF – something that not a lot of first years get to have since usually only upper-year undergraduates get to experience this. It’s also great that we get to attend interesting lectures and seminars.”

“Having a FYSRE student benefits our research group greatly by giving us the opportunity to work with enthusiastic, talented young people who can participate in every aspect of the complex experimental work here,” says Dr. Chris Ruiz, Monica Luo’s supervisor and TRIUMF Research Scientist. “Because there are no expectations as to their specialization yet, we can expose them to everything, and that can give them a powerful insight into the real workings of a science facility.” 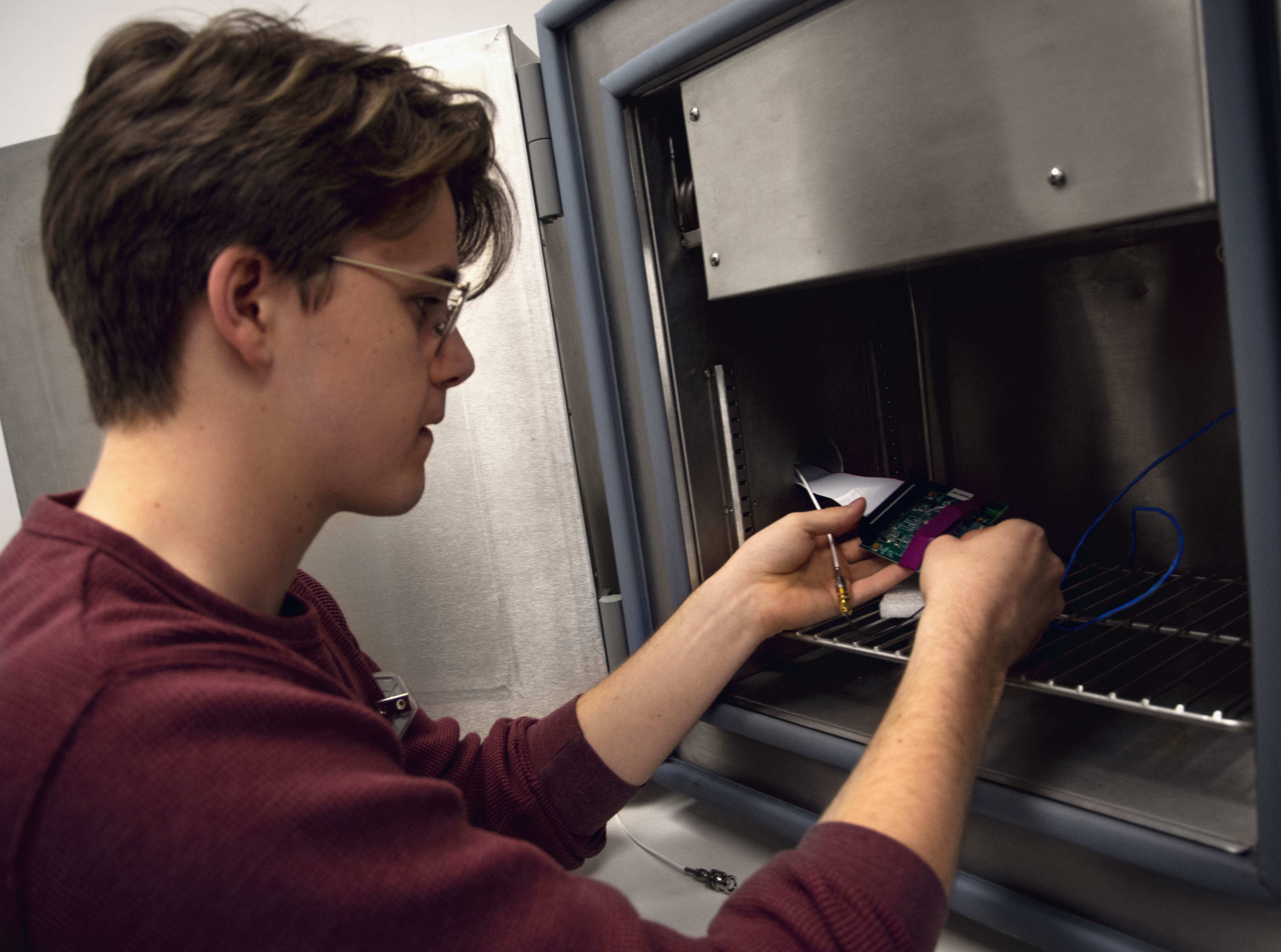 John Carpenter is researching and developing new photo-sensor technology (silicon photomultipliers or SiPM) that can be used in projects for fundamental physics such as nEXO, which aims to solve the mystery of whether a neutrino is its own antiparticle, as well as in commercial applications such as PET and other medical scanners.

“It’s very cool getting the inside view of what the research is like. Research is something I’ve wanted to experience because it’s something I might go into in the future. Getting the experience to try out something new here has been invaluable. I know I want to be in the general field of physics, but I have no idea what side of physics I want to go in—experimenting, theory or even management. It’s a way of exploring the experimental side of things.

The first few weeks was surreal. This was the place I looked up to when I was figuring out if I wanted to go into physics. This was where I wanted to work somewhere way down the line and to be here just a year later is unreal. I’m doing something that is contributing to a bigger picture. This is the first stepping stone and it’s a huge step up from where I was a month ago. It's the first step to so much more.”

Dr. Pietro Giampa, John Carpenter’s supervisor and TRIUMF Otto Hausser Fellow, truly believes in the program: “It really gives incredible students the chance to learn a ‘day in the life’ of a physicist. The opportunities here could shape the entire life of one of these students; hopefully, one of them will be so excited and stimulated by the research they are doing that they will stick around beyond undergraduate studies.”

Congratulations to the FYSRE winners! We hope you enjoy the rest of your summer at TRIUMF.