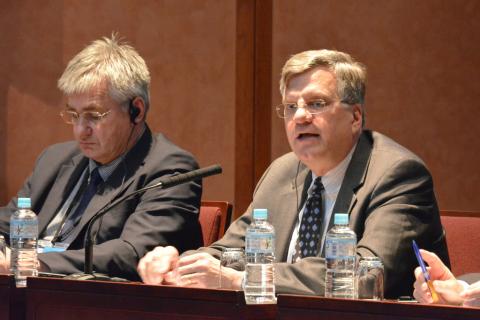 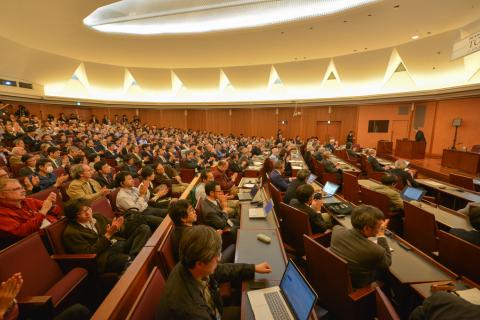 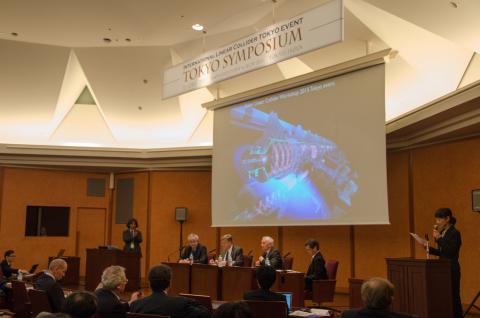 The International Linear Collider is a proposed particle accelerator whose mission is to carry out research about the fundamental particles and forces that govern how the Universe works. It would complement the Large Hadron Collider at CERN and shed more light on the discoveries scientists have made and are likely to make in the coming years. The ILC would be one of the world’s largest and most sophisticated scientific endeavors and the realization of the project would require truly global participation.

Jonathan Bagger concluded the panel discussion by saying, “The physics is strong, the technology is mature, and the politics are progressing. I hope the world come together to build the ILC.”

On behalf of the LCC and the participants of the ALCW 2015, Lyn Evans, Director of the LCC, announced the following three statements.

First, the ILC’s role in particle physics is to explore with exquisite detail the fundamental forces and constituents of matter by recreating the conditions just after the beginning of the Universe. This research is unique and indispensable for a deep understanding of how our Universe began, how it evolved, and how it works today. We are eager to build and work at the facility.

Second, the technical feasibility of the ILC has been demonstrated in the Technical Design Report.The ILC is ready to be built following the completion of an engineering-design phase. The project is now in a phase where governmental involvement should lead to a decision to realize the project. In this context we express our appreciation of the ongoing project assessment being undertaken by the Japanese government.

Third, the ILC is one of the largest scientific projects ever proposed, on a similar scale to the Large Hadron Collider project. Its realization as an international project requires the establishment of an international framework for sharing the cost and expertise among countries. We therefore intend to facilitate discussions between governments and funding authorities to achieve this goal as soon as possible.

More information on the International Linear Collider: www.linearcollider.org. For more photos from the event, please view this album.

– prepared by Melissa Baluk, Communications Coordinator, with content from an InterActions Press Release