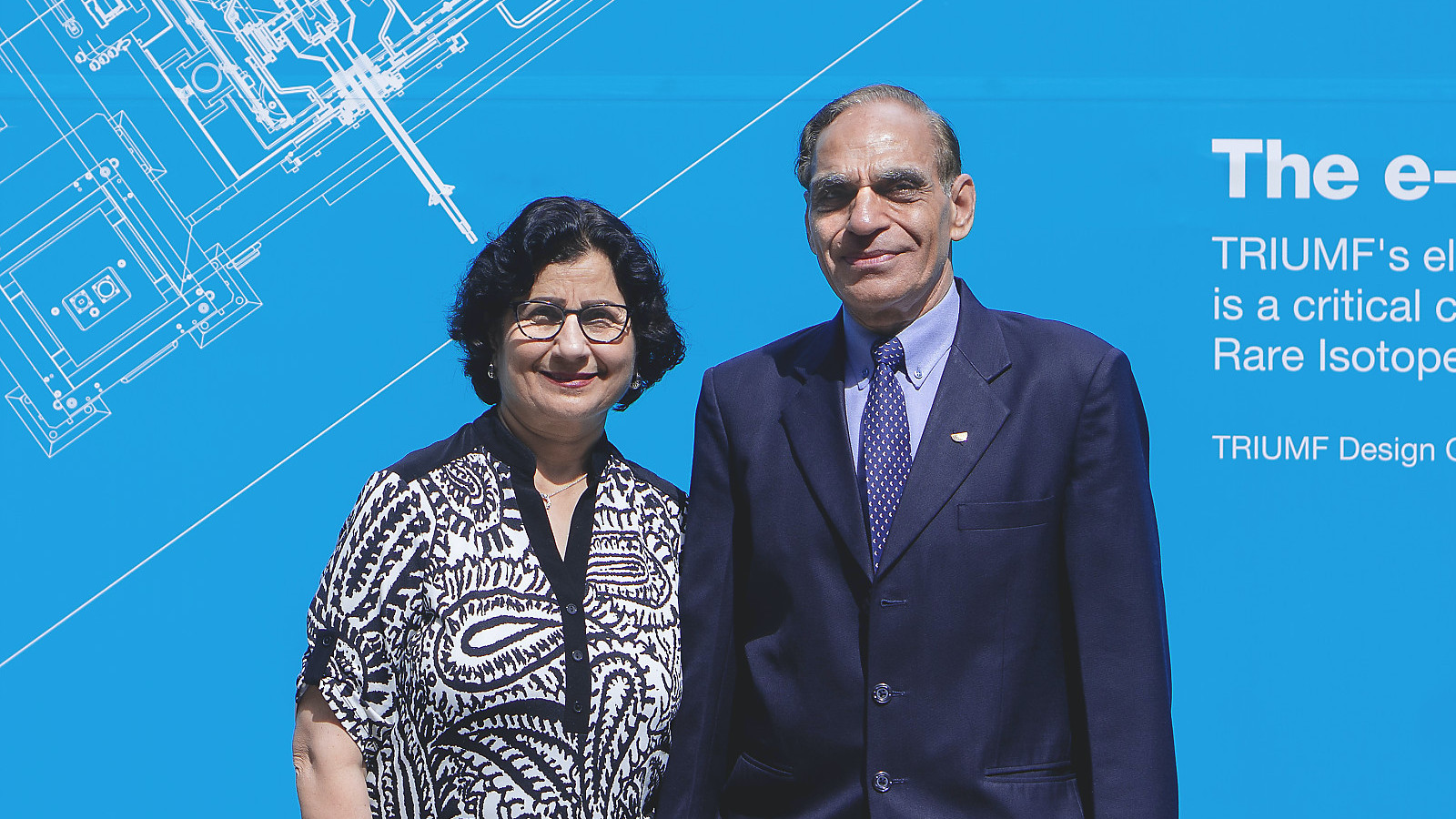 The Vijay Verma Scholar Award will recognize one outstanding undergraduate student per year working at TRIUMF in one of the fields of engineering (specifically in the areas of accelerators and detectors), project management, computer science, or life science. The award includes an approximately $500 top up (see footnote) to the student's base TRIUMF salary over their work term.

Vijay Verma joined TRIUMF in 1973, serving first as an electrical engineer with the Magnet Power Supplies and Beam Lines groups, the shortly thereafter, as project planner and eventually Group Leader of the Planning Department, a role that he held until his retirement in 2013. In these capacities he provided valuable services to TRIUMF’s management and staff, studying and optimizing the application of both human and other resources to maximize project successes and group collaboration. More widely, his many contributions have played a pivotal role in TRIUMF attaining its international reputation in discovery science research. Vijay’s children also contributed to TRIUMF as co-op students themselves and remain members of TRIUMF’s alumni community.

The Verma Scholar Award is open to TRIUMF undergraduate students (co-op or non co-op) hired for the summer term in one of the fields of accelerator or detector engineering,  project management, computer science, or life sciences. Around March preceding their summer term, eligible students will be invited to apply for the Award.

Students accepting the invitation will have their TRIUMF job applications transferred to the Award system, and students will be asked to submit an essay highlighting their career aspirations and what the Award would mean for them.