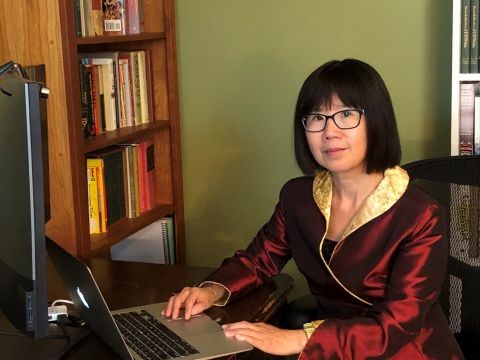 Dr. Young-Kee Kim, a renowned experimental physicist who currently sits as Chair of the Department of Physics at the University of Chicago and Chair of the Advisory Committee on TRIUMF (ACOT), has been elected to the National Academy of Science (NAS).

Dr. Kim has pursued research in a variety of science programs at the leading edge of particle physics, including studies on the W boson, the top quark, and the origin of mass for fundamental particles. She has also been doing research on the Higgs boson as a new tool for discovery at the ATLAS experiment at the Large Hadron Collider (which re-energized last month in preparation for its Run 3 data taking). As Chair of ACOT, Dr. Kim has been instrumental in guiding the development of TRIUMF’s vision and science program for particle physics, as well as the lab’s wider research endeavours.

“Our congratulations to Dr. Kim for this well-deserved achievement,” said TRIUMF Director Dr. Nigel Smith. “Dr. Kim is a highly distinguished scientist and a visionary leader, and her contributions have been integral in advancing Canadian and global science for the benefit of all. We look forward to continuing our work with Dr. Kim in support of TRIUMF’s mission.”

The NAS announcement was made on May 3.