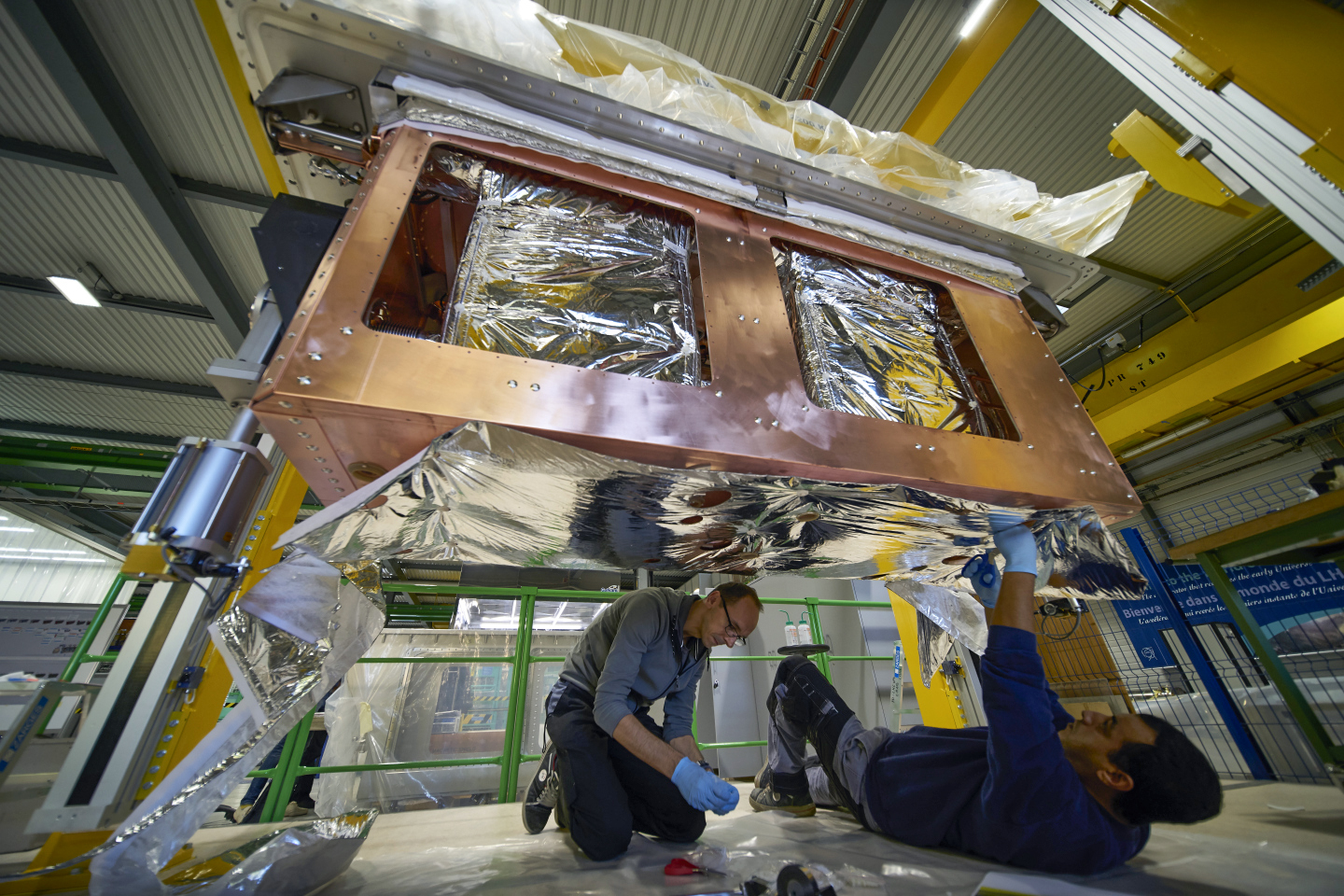 The Large Hadron Collider (LHC) at the European Organization for Nuclear Research (CERN), the most massive and complex science experiment in human history, is a prime example of global achievement through collaboration. Driven by a multinational community of researchers, engineers, and technicians from over 100 countries, the LHC has enabled us to push the boundaries of scientific knowledge. Now, the machine is in the process of a major upgrade to boost performance – and Canada is playing a key role.

The Honourable Kirsty Duncan, Minister of Science and Minister of Sport and Persons with Disabilities, today announced a $10 million contribution to mission-critical components in support of the High-Luminosity Large Hadron Collider (HL-LHC), a major overhaul to significantly improve the performance of the LHC and, as a result, enhance the probability of discovering new physics. Working with the Canadian research community and industry, experts at TRIUMF, Canada’s particle accelerator centre, will lead the production of the Canadian components with a $2 million in-kind contribution for a total project value of $12 million.

The Canadian community is applying its world-leading expertise to tackle a mission-critical challenge for the upgrade: building five new particle accelerator components called crab cavity cryogenic modules. These are super-sophisticated ‘coldboxes’ that will house the crab cavities. The crab cavities will rotate bunches of subatomic particles before they smash together, significantly increasing the number of collisions, or luminosity, of the LHC. To operate effectively, the crab cavities require a highly regulated, constant ultra-low temperature environment, which is a daunting challenge due to the harsh conditions in the operating LHC – the world’s largest and most powerful particle accelerator.

Canada is a world-leader in the cryomodule technology that will surround the cavities and will leverage both TRIUMF’s unique network of expertise and the capacity of Canadian industry to design, fabricate, and deliver the crucial upgrade components over the next five years. With a history of providing mission-critical cavity technology to international science collaborations and successfully transferring these technologies to industry, the Canadian community is uniquely positioned to provide a high-impact, lasting contribution for the benefit of international science and society.

“Great science knows no borders. Great scientists know that success lies in strong collaboration. Today, I am pleased to announce support for Canada’s outstanding researchers, engineers and technicians, whose combined efforts will further our reputation as a global leader in particle physics. Their hard work will take us one step closer to understanding the fundamental nature of matter while delivering new technologies, training and job opportunities for the next generation.”

“We are very pleased with Canada’s contribution to the HL-LHC project, which is another important milestone in a long-standing, fruitful collaboration with CERN. The technology and expertise of TRIUMF and Canadian industries, working with the strong particle physics community in the country, will be crucial for the realisation of very ambitious accelerator components for the next major project at CERN.”

“This major upgrade to the LHC will lead to a significant increase in its already high impact on our understanding of the most fundamental workings of nature. Throughout the coming years of this exciting High Luminosity LHC era, Canadians will continue to be significant contributors and leaders in the international LHC scientific and technological enterprise.”

– Dr, Michael Roney, Director of Canada’s Institute of Particle Physics and University of Victoria Professor of Professor of Physics & Astronomy

“By contributing to the High-Luminosity Large Hadron Collider, Canada will secure its place in what will be one of the largest and most important physics projects in coming decades.  From illuminating dark matter to discovering new particles and forces, Canadians will work alongside scientists from many nations. Through this work, Canada will increase its capacity for innovation and economic growth.  And TRIUMF is happy to help.”

In total, there are over 250 researchers, graduate students, and technical staff from leading Canadian universities and TRIUMF involved in the CERN programme. Canadian subatomic and accelerator researchers, engineers, and technicians have longstanding collaborations with CERN in many other areas, including experimental particle physics (ATLAS), rare isotope physics (ISOLDE), low-energy anti-proton and anti-hydrogen (ALPHA and ALPHA-g) including the accelerator aspects (ELENA), accelerator R&D (including AWAKE and HL-LHC developments), rare kaon decays (NA62), and strong synergy in theoretical physics work.